Back then the national championship looked a lot different. The calendar was spread over just eight rounds with 11 races in total, a far cry from the calendars af around 30 outings today.

The legendary story culminates in the ultimate title success but began long before that.

For most fans, the Johnson name is associated with the iconic Ford badge. Before the Tru-Blu and Greens’-Tuf days Dick was a Holden man.

After spending the lion’s share of 1970 in a Torana, he eventually made the move to a Falcon in an XB and later an XC. The move brought success almost immediately.

For 1980 he joined John French in a Ford Falcon XD to tackle the Bathurst 1000 with the sole aim of winning it. 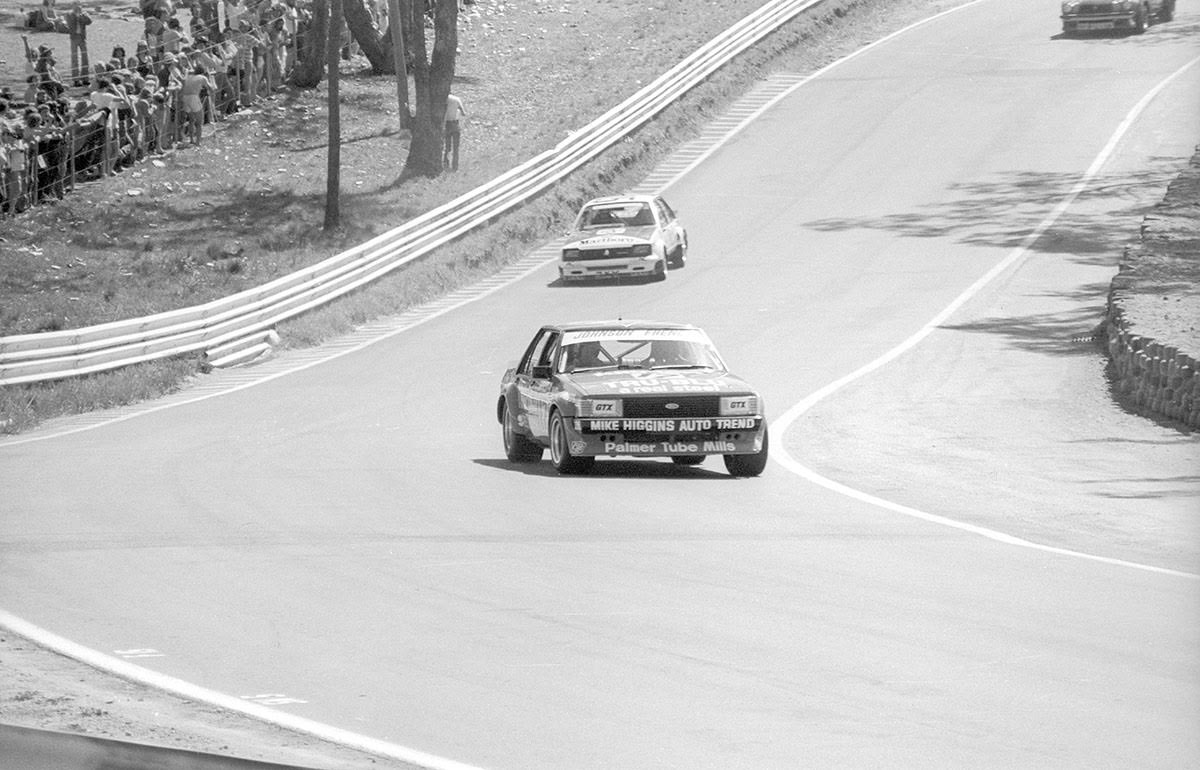 Money was already tight in the Johnson household. They’d mortgaged the house to go racing. Crashing wasn’t an option.

The rest is history. Dick hit the rock while leading the great race. Those iconic pictures played on terrestrial television. Then donations flooded in and Ford put their weight behind him.

A dream initially dashed was quickly brought back to life.

By then, Johnson was an ATCC regular, albeit sporadic in his appearances. In the decade prior he’d not contested a full season, occasionally claiming podiums in his limited spell.

With backing for 1981, it was decided they’d compete for the title and try to topple the big names, in particular Peter Brock.

It was for all intents and purposes a two-horse race.

By the final race of the season, the pair each had three wins to their credit. The only blemish on the scorecard was a DNF for Brock at Sandown Raceway.

Johnson had the advantage, as slim as it was. However, a drop round rule effectively made it a winner-takes-all final.

Lakeside Park hosted the final in Johnson’s home state, Queensland. Brock, from Victoria, was well and truly outnumbered on the embankments by Johnson fans.

The race and the title looked like it would go the way of Johnson who stretched his legs on Brock in the early goings. Then suddenly, as Dick recalls, the front sway bar broke. 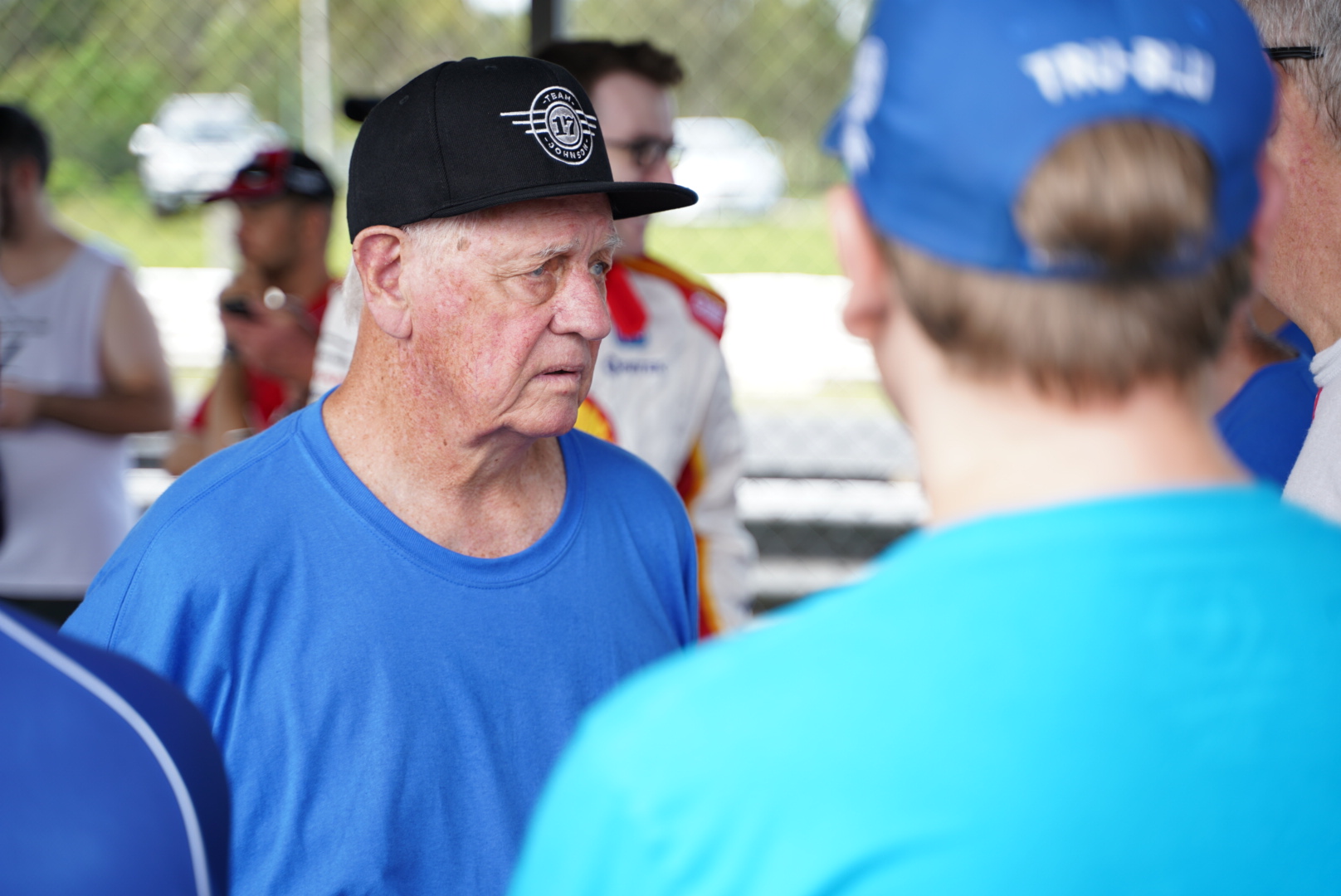 “I remember that day well,” he told Speedcafe.com.

“It was a pretty special day. Even just for the number of people that were here that came to hopefully see a Queenslander win the championship.

“I used all the track and a bit more. I sort of made things a bit difficult for Brocky, but to his credit, he was a very fair guy.

“You’ve got to adjust yourself to suit in those moments and that’s exactly what I did. If you want something bad enough you’ll find a way of getting it.”

“He was doing it easy,” Dyno told Speedcafe.com.

“By then he’d pulled out a second and a half or something on Brock. About Lap 7, I think it was, coming onto the front straight it broke a front sway bar. Dick went on to full opposite lock.

“From that point on he was just holding onto this thing. When it broke Brock was all over him like a cheap suit. Then for 28 laps, he tried to get around him but he couldn’t do it.

“It was bigger than Ben-Hur.” 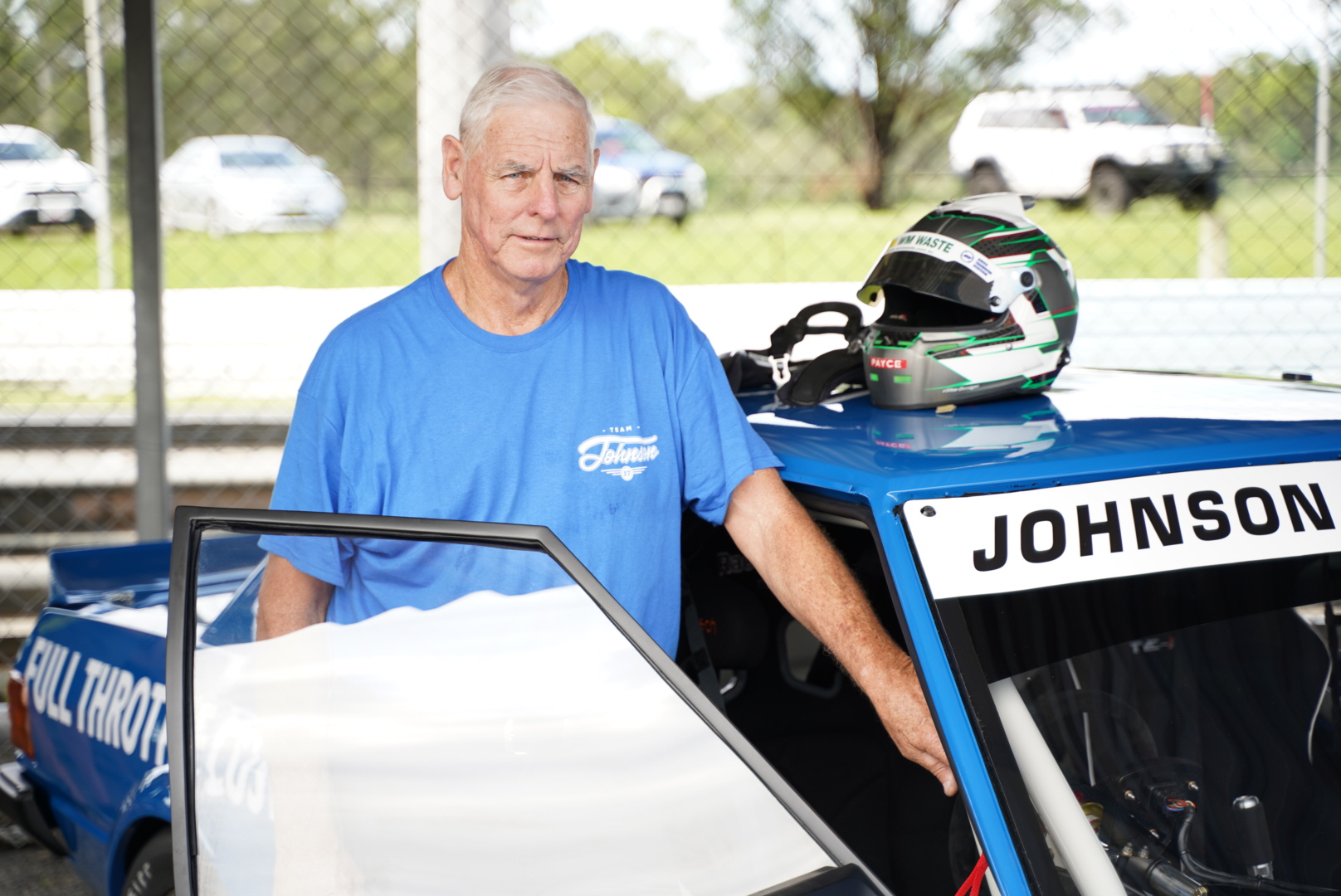 The significance of a Queenslander winning the title wasn’t lost on the fans.

Some 40,000 spectators had piled into the venue, sporting the Tru-Blue colours, to hopefully see a new local champion.

Before Johnson, Bill Pitt was the last to win the title 20 years earlier in 1961. For Dyno – who had been working on Dick’s cars for as long as he could remember – it was one of the most rewarding moments in his life.

“There were 40,000 people here. All you could see was up on the hill was blue and white everywhere.

“Brian Michelmore was standing on the fence and as soon as Dick got through Hungry he just grabbed my arm, ripped it around and said ‘we’ve got it, we’ve got it!’ and I just said ‘hang on, we’ve got two corners to go!’

“It was a big night. You just don’t forget days like that. It was like being a teenager and scoring your first one.

“Brock said he had opportunities to unload Dick but said had he done that he wouldn’t have got out of the place alive.”

Later that year Johnson and French joined forces again, capping off the year with a Bathurst 1000 win; the first of three for Johnson.

Two years since the team took delivery of their new Ford Falcon XD, to be raced in Touring Car Masters, their 1981 tribute rolled out onto the hot bitumen at Lakeside Park for its shakedown.

Dick and Dyno wound back the clock and have both worked in conjunction with Steve to build the car.