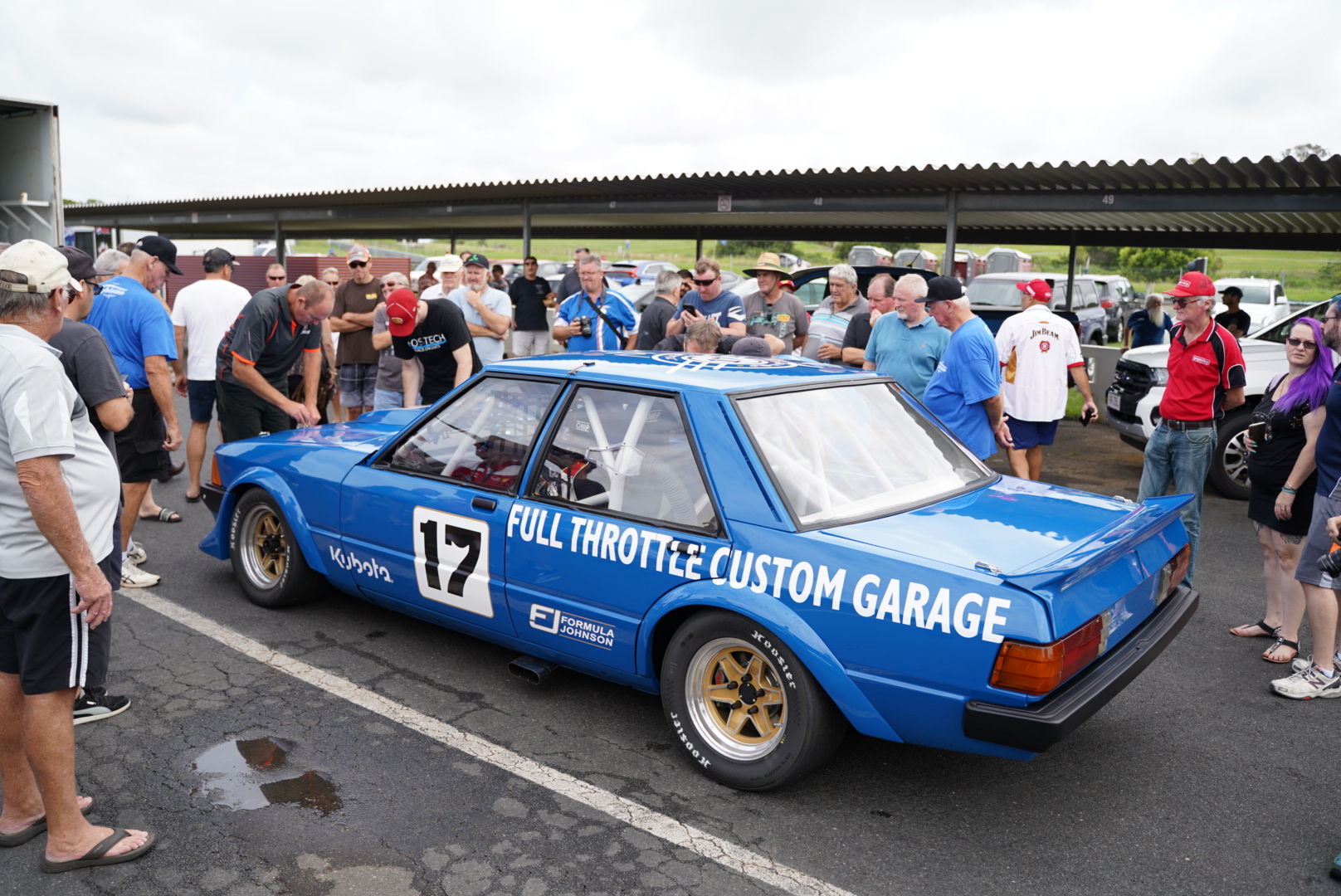 Steve Johnson has detailed the rationale behind building a modernised Ford Falcon XD paying tribute to his father Dick Johnson.

Set to debut at the Superloop Adelaide 500, the car will race in the Gulf Western Oil Touring Car Masters with ‘Junior Johnson’ at the wheel.

This season he moves out of the Ford Mustang Fastback that brought him three titles on the trot in the ProMasters division.

The XD tribute is based on the car raced and famously crashed by Dick in the 1980 edition of the Bathurst 1000.

Speaking to Speedcafe.com, Steve said the particular model holds ‘special’ significance for the family and their history.

“Mum and dad mortgaged their house and put their life savings into building that car in 1980 to try and win the championship and win Bathurst,” said Johnson.

“To go out of the race leading, albeit early, by hitting a rock – which was devastating – they thought that was the end of their career. They thought they had to find a new place to live.

“Then to have the fan reaction, Edsel Ford matching every dollar from the fans donations, to be able to raise enough money to build a new car and win the next year… that’s what is special to us.

“To be honest, there’s no other car that I would rather have built.”

Until now, Touring Car Masters has limited what makes and models can run in the series by the year of manufacturing.

That has since been extended out to 1980, which means the Holden Commodore VB and Ford Falcon XD have been made eligible in recent years.

Marcus Zukanovic was the first to introduce an XD to the field in 2018. Gerard McLeod will race a VB with support from Lucas Dumbrell Motorsport, the first of two that will race in the category.

“The XD wasn’t on the map to be eligible for TCM, but obviously (the organisers) made the ’79 and ’80 models eligible,” Johnson said.

“They could see the vision and see the importance.”

After nearly 500 spectators turned out to Lakeside Park on Monday for the first run of the car, Johnson said he expects a lot of fanfare at the Adelaide 500.

“I want to show as many people as I can and I’m happy for people to look at the car, go through it and open the doors. That’s what I’m expecting.

“This car is for us and for the fans. It shows the history of our sport and where we’ve come to now. It started before this, but for the Johnson family, this is where it put us on the map.

“I love how people don’t forget about the history. I really love that.”