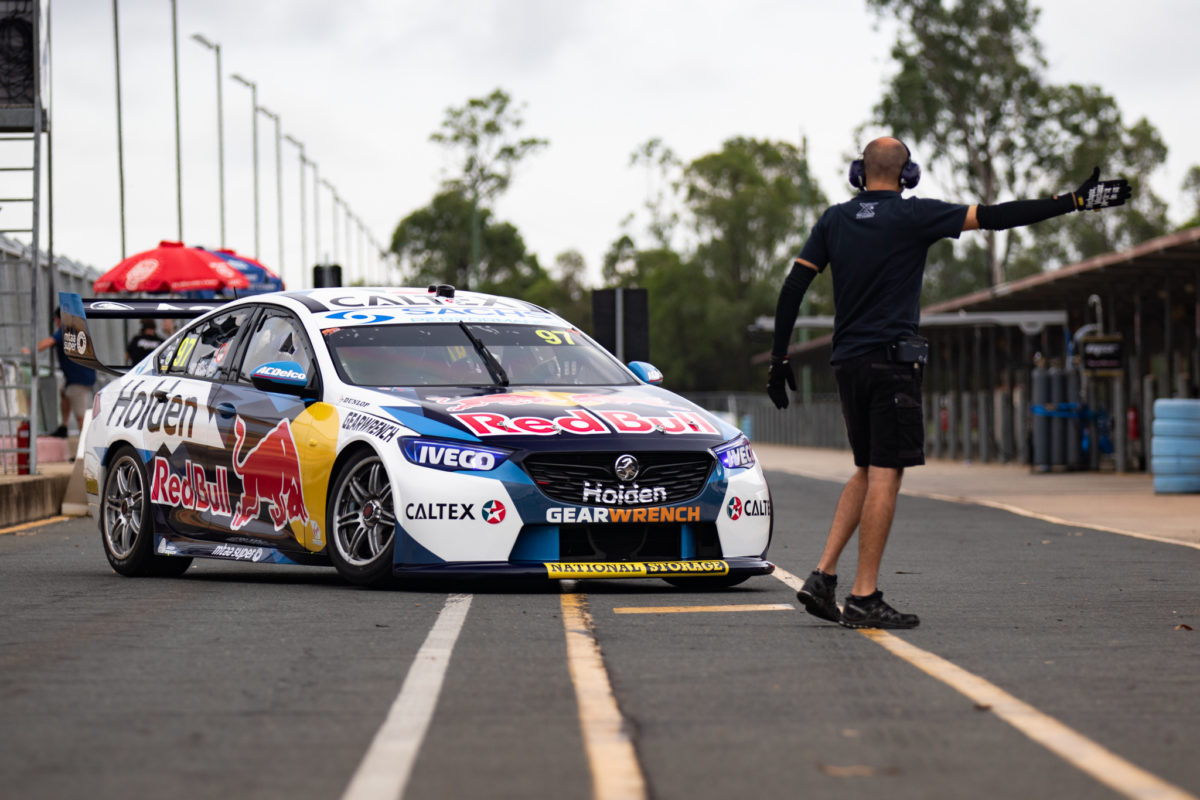 The Virgin Australia Supercars Championship will this year introduce a new Pedders branded Supashock, which will be used on every Ford Mustang and Holden Commodore.

The move to the new shock package comes in a bid to bridge the performance gap between teams as well as curb research and development costs in the area.

The teams will get their first taste of the set up next week at The Bend Motorsport Park as part of the BP Ultimate SuperTest.

Speaking with Speedcafe at Queensland Raceway this week, Dutton said the move to the new shocks will be “interesting.”

“It’s the same for everyone and it’s a challenge, we love that,” he said.

“It means that you can’t look at your previous data as much but that’s part of the challenge going motor racing.

“Everyone has the same changes to deal with, so whoever gets to grips with it first will heighten the challenge.”

Next week’s test will see the field allowed to run on their 2019 damper set-up for the first hour in the morning session.

The teams will then be allowed to change over to the new-for-2020 control damper package by midday.

It will mean teams can get a back-to-back reference point between their old and new configurations.

Dutton said while the team likely won’t be able to get a reference point straight away, it will give them good data to look at post-test.

“That’s really good and interesting to do, especially because it’s across the board and no one has an advantage with their previous knowledge or any other access to information.

“Everything is prepared for the componentry to swap. That shouldn’t be a big deal. Because the test is so flat out, you won’t have a lot of time to pour through the data live.

“We’ll go through a bit of it but a lot of it will just be driver feel.”

Shock development and aerodynamic imbalances have largely been attributed to the disparity between the Ford and Holden teams last year.

Already the Red Bull Holden Racing Team driver has indicated that the change to the standardised shock will be of greater significance than any aerodynamic changes.

However, Shane van Gisbergen believes next week’s pre-season test won’t give drivers much meaningful feel for the new control shock.

The champion of 2016 said the smooth surface at The Bend Motorsport Park won’t give anyone an accurate read.

“We’ll have no feeling of the shocks because it’s like a billiard table and it’s so nice,” he said of the circuit.

“Then we’ll go to Adelaide and we’ll try to get a feel.

“It’s interesting, the shocks have 80 clickers or something but they largely do nothing.

“Everyone has the same set of shocks so we have to make it work.”

“We just make sure the car runs and make sure there are no issues. We tried the new ECU for this year and made sure all the roll bars work. It’s all the simple stuff.

“You don’t learn anything on a day like this. We’re not running the new shocks yet, so I’m just driving around to make sure it all works.”