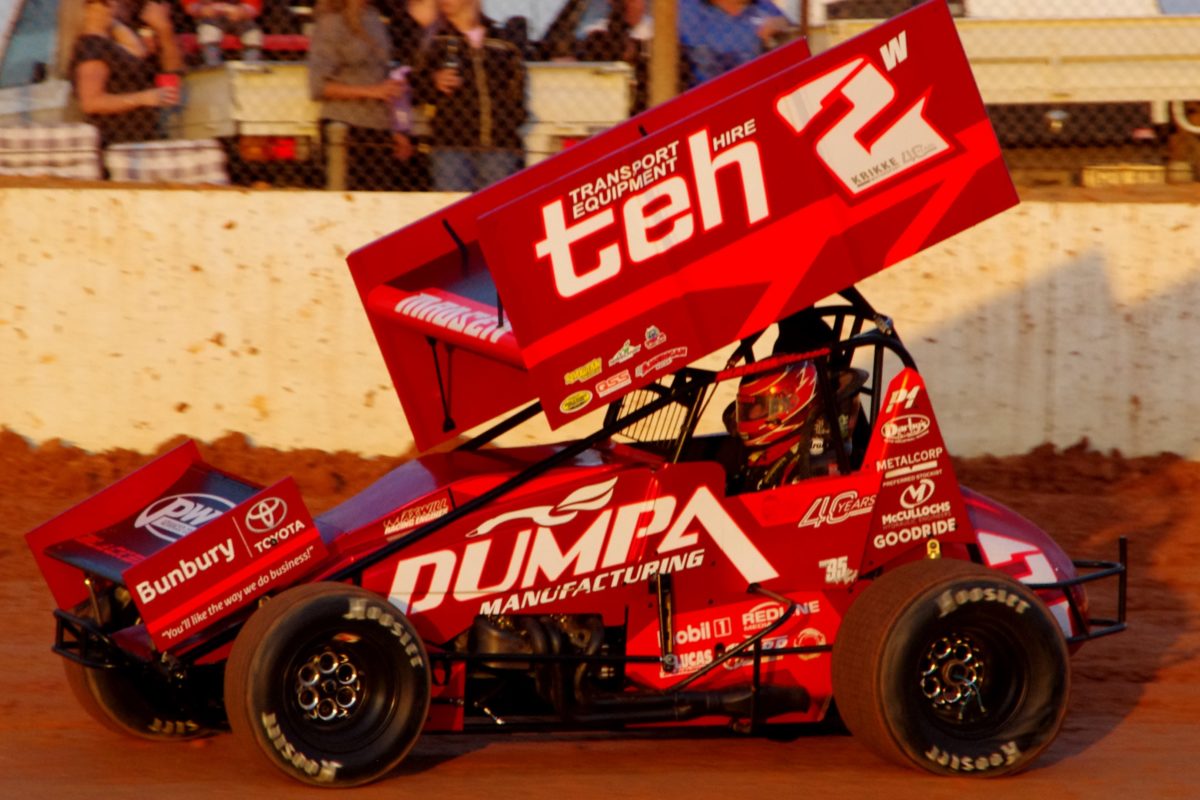 Kerry Madsen has driven to victory lane for the first time in 18 rounds of World Series Sprintcars on the competition’s first visit to Esperance.

The Krikke Motorsport driver qualified on pole in the Gold Shootout off the back of a win and a third in his heats, and that proved to be crucial.

With passing difficult on Esperance Speedway, Madsen led all 35 laps of the feature race, while carrying a broken elbow from an incident at the recent Australian Titles.

“I knew that whoever won the shootout was going to have a big advantage in the main race, so we pushed a bit harder there to give ourselves the best chance,” said Madsen.

“I was so tempted to venture up to the top of the track to see if there was anything up there but thankfully we just kept hitting our marks on the bottom and it was enough to get us home.”

Brooke Tatnell had earned a front row start and, despite occasionally lunging at Madsen in traffic, he ran in second throughout and took the chequered flag 0.6s behind.

James McFadden continues to lead the series, by a reduced margin of 65 points over Madsen with three rounds remaining.

He had scooped the greatest points haul prior to the Gold Shootout but could only qualify third, where he remained in the feature, while David Murcott was the first of those to gain positions by moving up one spot to fourth.