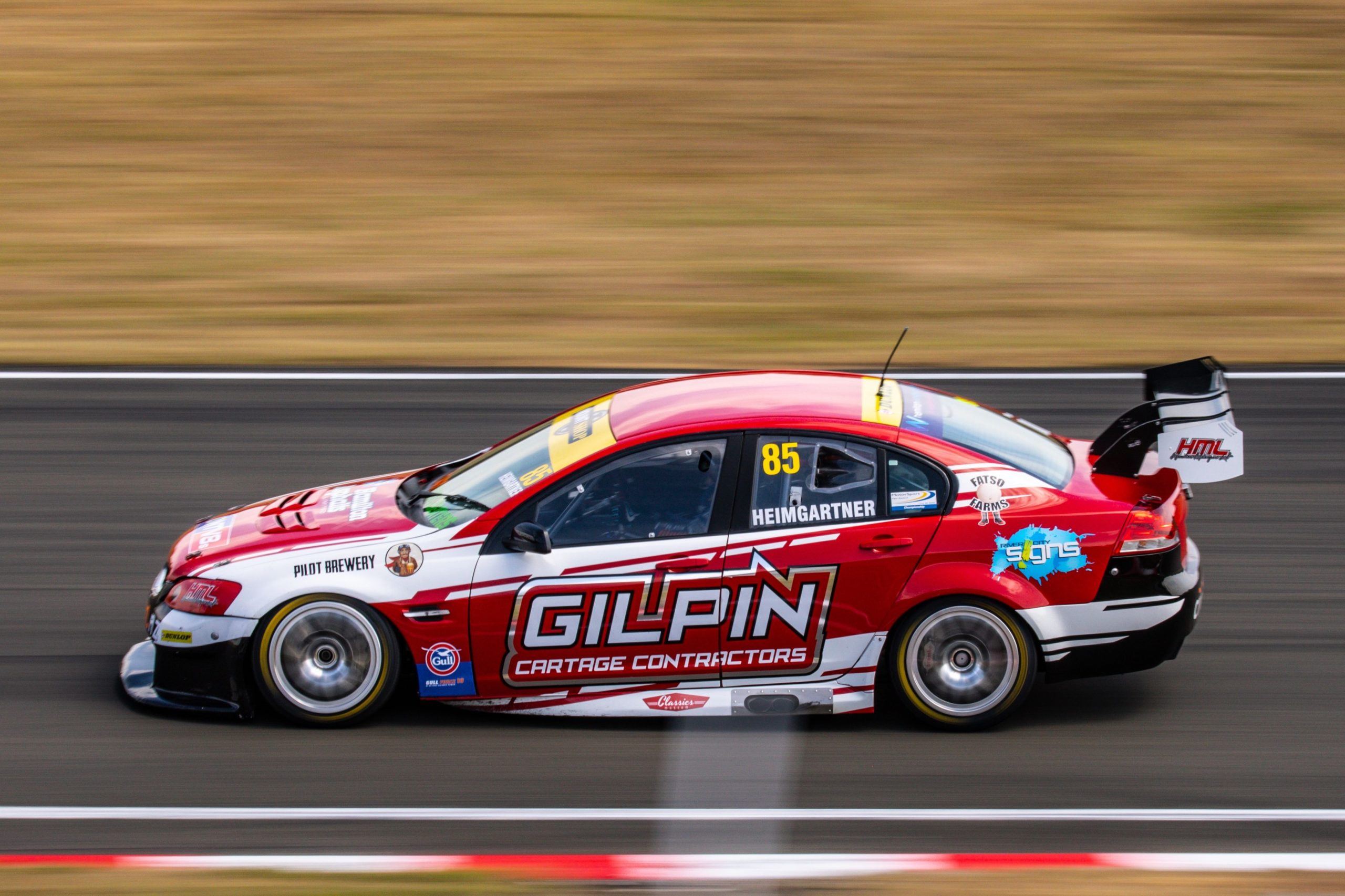 André Heimgartner has claimed line honours in the first BNT V8s race of Round 3 at Manfeild Circuit Chris Amon.

The weekend opener was punctuated by one Safety Car intervention caused by Alexandra Whitley of Australia. She beached her V8-powered Toyota Camry at Turn 1.

“That was good fun, especially at the start there,” Heimgartner said.

“Nick (Ross) got bit of a jump at the start. It was a good race overall. the car is pretty fast. Good to see Lance get second as well.”

Series returnee Nick Ross managed to finish fifth in class behind Robert Wallace. It was a recovery of sorts after he missed Round 2 at Pukekohe Park last weekend with engine woes.

Ross managed to qualify second behind Heimgartner despite having missed all of Friday’s practice. However, he fell back in the race after a mistake late in the piece.

“We’ve had no testing, so the car was hard to drive, like a pogo stick through the bumps,” said Ross.

“With two laps to go, coming up to Higgins, the rear end of the car locked up, I was probably trying a little too hard.

“I don’t think we’re too far away, a couple of little changes overnight, and I think we can be nearer to André tomorrow.”

The BNT V8s Open class was won by Sam Collins in his Ford Mustang, followed by Blair McDonald and Shane Whitley in second and third respectively.

BNT V8s Lites was won by Brock Timperley in his Ford Falcon with the Holden Commodore of Justin McIlroy in second.

The BNT V8s have two more races on Sunday as part of the New Zealand Grand Prix support card.