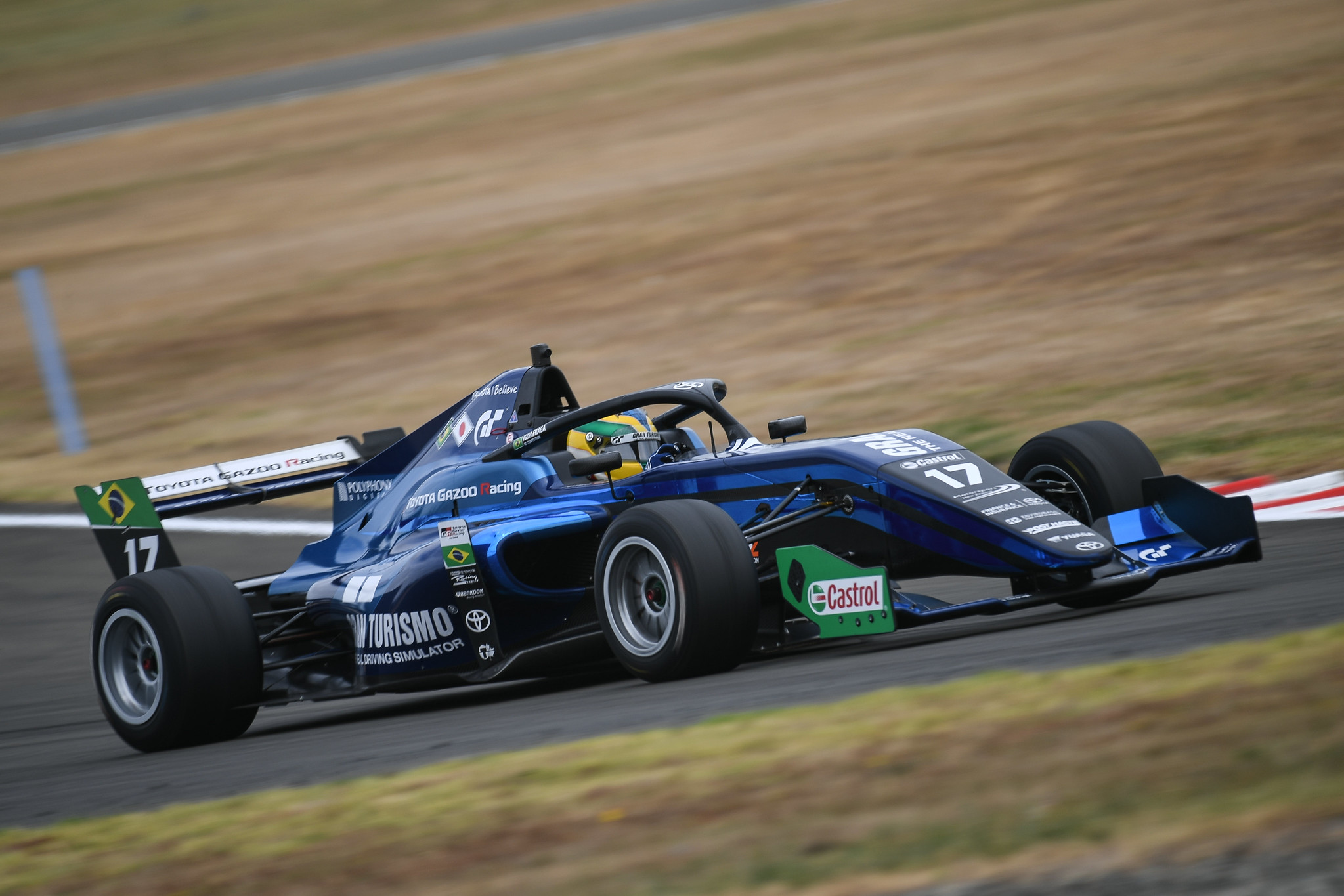 Igor Fraga has taken one step closer to Liam Lawson in the fight for the Castrol Toyota Racing Series title.

In what was a strong display by the Japanese-born Brazilian driver, Fraga fought off an early attack from Lawson to take a 1.6-second win.

“We had good pace during the race, the car felt very comfortable and it was really good,” said Fraga.

“To win this race was very important for the championship, we are not giving up, we’re pushing until the end.”

Having qualified on pole position, Franco Colapinto of Argentina struggled to get off the line and duly dropped backwards.

That gave second place starter Fraga all the incentive he needed to steal the lead, Lawson, meanwhile, surged through to second from fourth.

Colapinto baulked third place starter Spike Kohlbecker who looked like he might be able to usurp Colapinto. However, he had to drop back to fourth.

Drama struck on Lap 3 when Emilien Denner and Henning Enqvist collided on the run down to the final corner.

The pair made wheel-to-wheel contact, which sent Denner into a spin with broken suspension. Enqvist, meanwhile, went into the adjacent wall. Denner speared into the tyre barrier.

Damage to the tyre barriers meant the race was subsequently Red Flagged and the two stricken cars were recovered. .

The race eventually restarted with 13 laps left of racing. Lawson was quick on the restart and put pressure on Fraga, but a pass wasn’t forthcoming.

Fraga fought off a brief attack and left Lawson to then fend off Colapinto. Try as he might, a pass couldn’t be made.

In the end, Fraga crossed the line to win and bring the gap down from eight points to just four between himself and Lawson.

Colapinto recorded his fourth straight podium finish. He lies third in the standings but is no longer a mathematical chance at the title.

The penultimate race of the season takes place on Sunday afternoon before the New Zealand Grand Prix, which closes out the season.