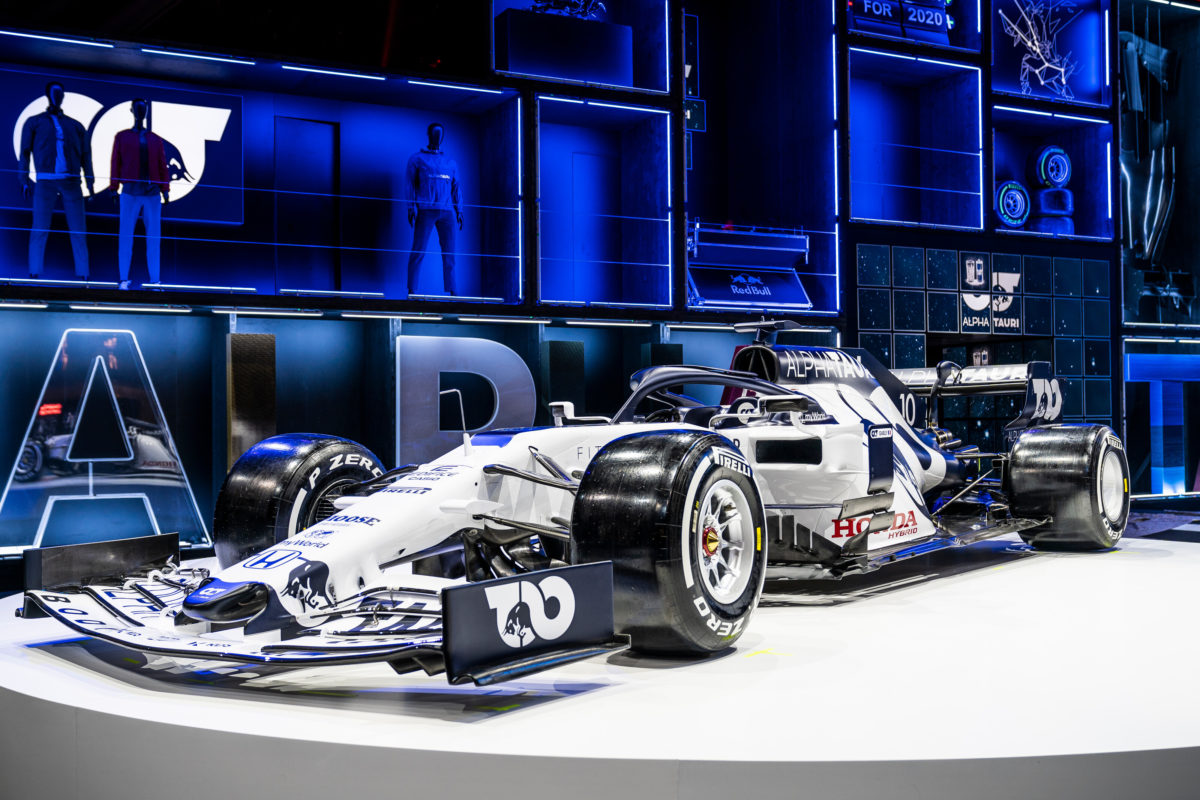 The Scuderia AlphaTauri AT01

Scuderia AlphaTauri has revealed the first Formula 1 car which it will race in its post-Toro Rosso era, the AT01.

The junior Red Bull team’s new car, to be driven by Pierre Gasly and Daniil Kvyat, was unveiled at the energy drink giant’s Hangar 7 facility in Salzburg.

It sports a predominantly white look through to the cockpit and blue-grey from the engine cover back.

The AT01 shares a number of parts with the Red Bull Racing RB16, and AlphaTauri Team Principal Franz Tost is adamant that his squad should be in the top half of the F1 constructors’ championship.

“We have a very close relationship with Red Bull Technology,” explained Tost.

“Expectations, we must be within the first five of the constructors’ championship.

“Our biggest competitive are usually Renault, McLaren, Racing Point and Haas. The rest we will see.”

Gasly and Kvyat start a season as team-mates for the first time in 2020 after the former was swapped with Alexander Albon during the summer break.

In his nine races back at Scuderia Toro Rosso, Gasly finished in the points five times, including as runner-up in Brazil.

The Frenchman ended up seventh in the drivers’ championship, one position and three points ahead of Albon, while Kvyat was 13th in a campaign which included a podium in the chaotic German Grand Prix.

AlphaTauri, named after Red Bull’s fashion brand, will be on-track at Misano today (local time) before official testing begins at Barcelona on February 19. 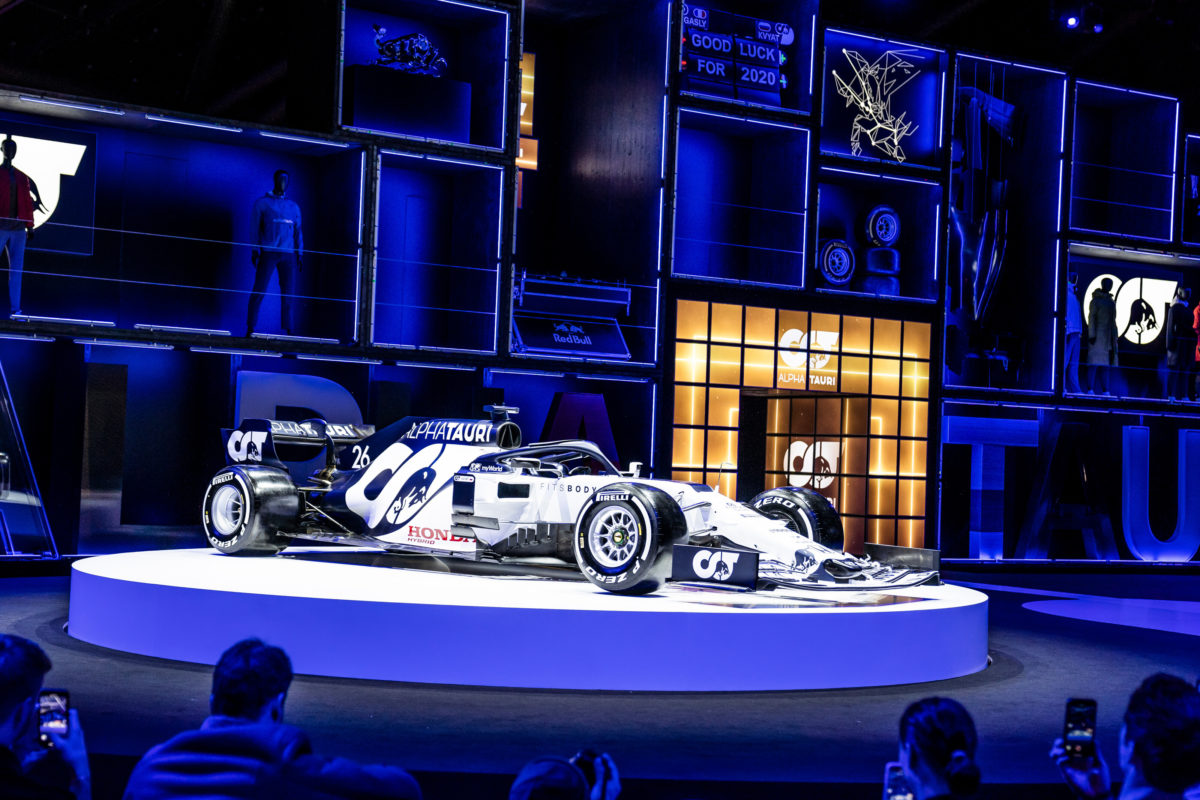 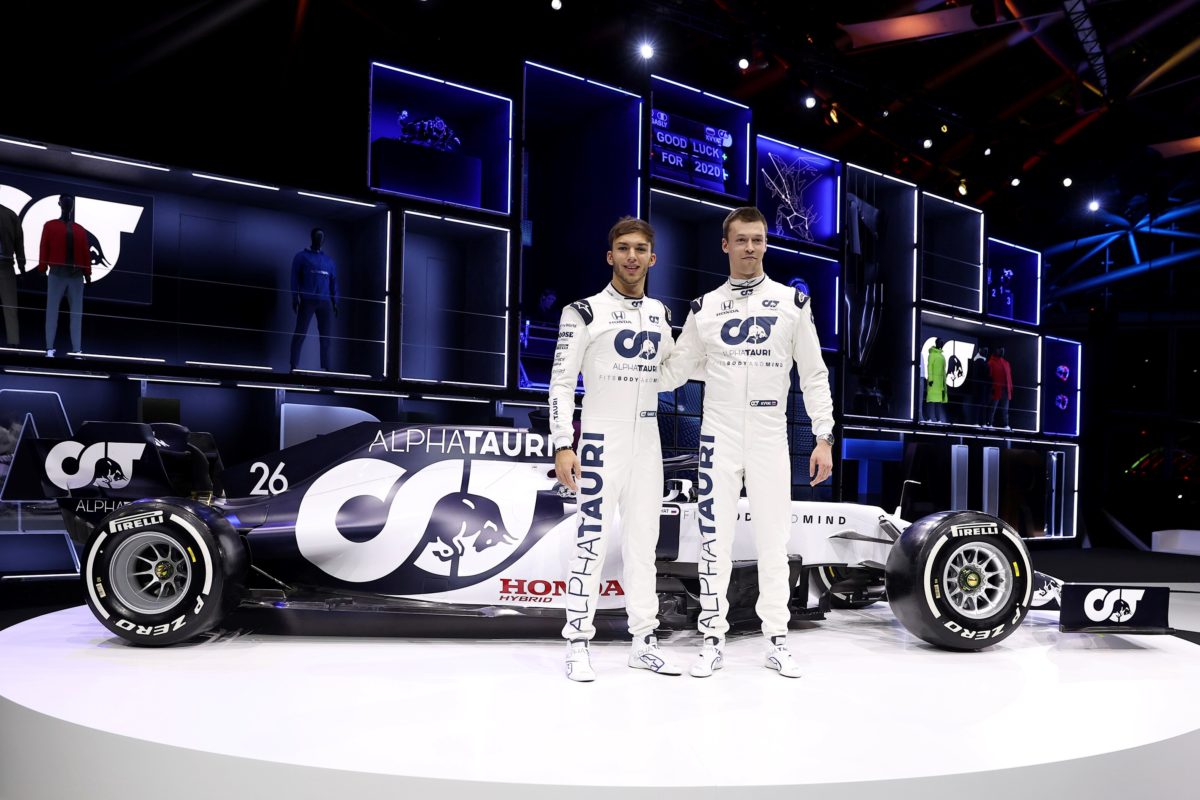