Webb: Team Sydney can give T8, DJRTP ‘a run for their money’

Webb: Team Sydney can give T8, DJRTP ‘a run for their money’ 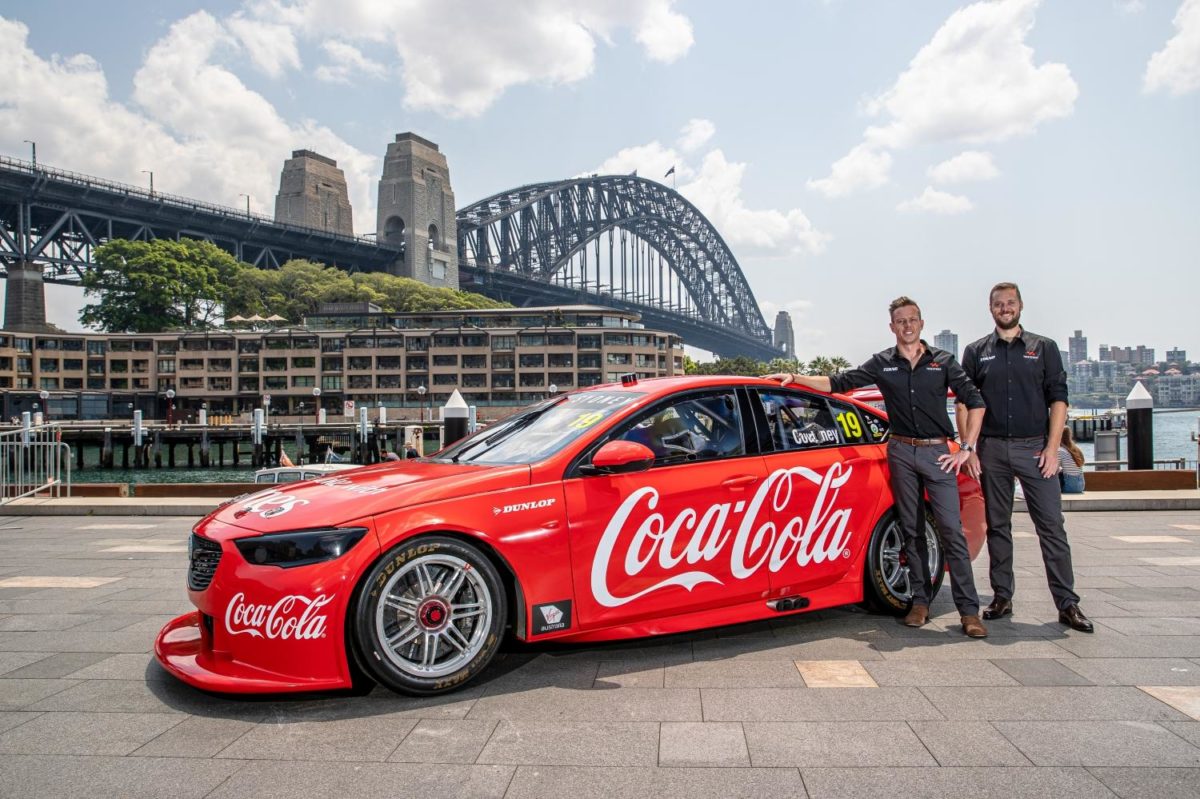 Jonathon Webb believes that Team Sydney’s relationship with Triple Eight means it can give its supplier, and fellow powerhouse DJR Team Penske, “a run for their money” in 2020.

The outfit formerly known as Tekno Autosports will continue its long-running agreement with Triple Eight Race Engineering, from which it has bought another ZB Commodore for the expansion back to two cars in conjunction with the move to Sydney.

Webb is therefore bullish about the prospects of Team Sydney, which struggled in its old guise in recent years but won the 2016 Supercheap Auto Bathurst 1000 and got Shane van Gisbergen to second in the Supercars Championship in 2014.

“Realistic is to be giving the Penske and Red Bull boys a run for their money,” the team boss told Speedcafe.com.

“There’s no doubt they’re extremely competitive and they’re not going to be easy to get in front of, but we’ll be right there pushing them along.”

Harbour city native James Courtney has come across from Walkinshaw Andretti United to drive Team Sydney’s #19 entry, while a driver for the second car is yet to be confirmed.

Courtney and Webb were team-mates when the former won the championship at Dick Johnson Racing in a Triple Eight-built FG Falcon in 2010, and said that Sydney’s alliance with Banyo was a major attraction.

“It was a big part of when we initially talked about it with Jon and that was a big lure for this whole thing,” Courtney told Speedcafe.com.

“We’re not trying to reinvent the wheel or think we’re smarter than anyone else. Those guys (Triple Eight) have an amazing product, have a great service. And I won the championship in the customer programme last time.

“I’ve had nine years at WAU; now, to be rolling into Adelaide with a car that I know is able to get the result and without there being any unknowns or shadows or question marks about it, is fantastic.

“For me as a driver, you feel a lot of confidence and Adelaide as a circuit has been fantastic for me. In all the teams that I’ve raced with I’ve had great results there.”

Courtney was nevertheless somewhat reserved about his expectations as he adjusts to a new team, and the team to fielding two cars again.

“I think it’s still very much going to be a building year,” he declared.

“People don’t realise how much of a team sport it is from the outside. There’s a lot of people that you need to work together as to extract the most, as in a race situation with strategy and on the fly with tuning the thing in a race.

“So, relationships within the team is probably the thing that is going to be the hardest hurdle for us.

“The one good thing is that we can concentrate on those relationships and building the right people around us and we don’t have to worry about the product, so to speak, because we’re getting the good stuff.

“I think, yes, we’re going to be able to get results and the car’s going to have good speed but it is very much building on those relationships.”

Courtney’s #19 car is in fact new to Team Sydney and was most recently assigned as a Triple Eight spare, hence his Demonstration Day outing at Queensland Raceway earlier this week.

Said Webb on his relationship with Triple Eight and its boss, Roland Dane, “I’m going into my 11th season with Roland now.

“It’s the way I ran two cars with Roland since the beginning of Tekno, and we’ve had a great relationship with Roland. We’ll just do it again.

“It’s one of those kinds of relationships. There’s no ifs, buts, maybes; We just keep rolling over, doing what we’ve done.

“For me it’s probably the best thing we ever did was getting a relationship with them and have no intention of changing.”

With cars still being prepared in southeast Queensland, Team Sydney is set to move to its new home city on the way back from South Australia later this month.

Its first full day of running in its new guise is next Tuesday’s BP Ultimate SuperTest at The Bend Motorsport Park.