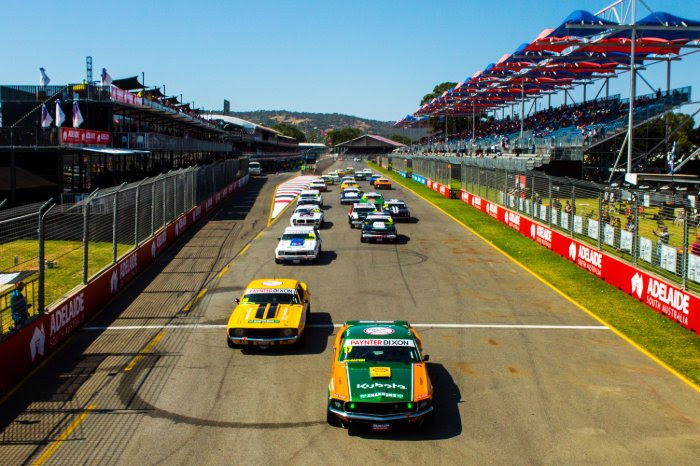 Touring Car Masters will feature a 22 car field in Adelaide

A field of 22 cars will line up for the opening Gulf Western Oils Touring Car Masters round of the 2020 season in Adelaide next weekend.

The event will witness the much anticipated debut of Steve Johnson’s XD Falcon after it was given its first public outing at Lakeside on Monday.

Johnson returns as the 2019 series champ, a title he won from John Bowe, Ryal Harris, and Adam Bressington.

All three challengers are set to return aboard the same machinery they piloted last year.

The field will tackle practice and qualifying on the Thursday, the Trophy Race and the first championship race set for Friday, with a race each on Saturday and Sunday will conclude the opening round.