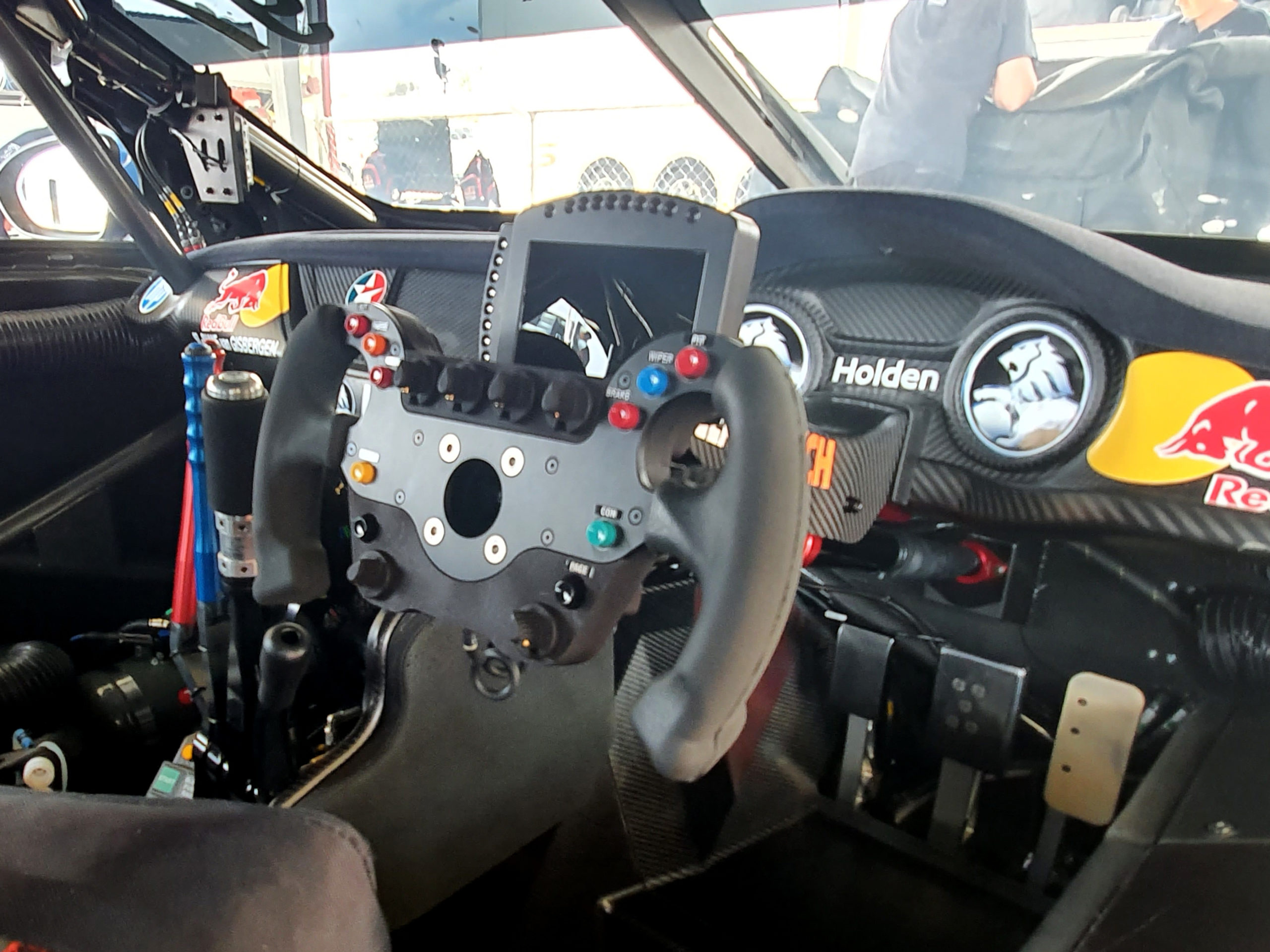 The ‘alternative’ wheel is modeled of a McLaren 650S GT3

On Tuesday, The New Zealander completed his 60 km run in a newly built Holden Commodore ZB sporting the alternative wheel.

Typically teams run a D-shape steering wheel. However, the GT wheel is a significant departure from it in what van Gisbegen described as an “easier” alternative.

The 2016 champion said he’ll run the wheel again at the BP Ultimate SuperTest before deciding whether he’ll race with it in the Superloop Adelaide 500.

“It’s got some cool systems on it and what it does. It feels okay. I’ll run it at Tailem Bend and then we’ll decide if we run it at Adelaide. It felt pretty good.”

It’s not the first time the GT wheel has run. Last season Craig Lowndes tested the same wheel during practice for the Sandown 500. However, it was never raced.

The wheel used by van Gisbergen is largely modeled off the McLaren 650S GT3.

In the same year that he won the Supercars title, van Gisbergen also won GT World Challenge Europe Endurance Cup in a McLaren.

“I always liked that wheel with all the adjustability of all the knobs,” he said of the similarities.

“It feels pretty much the same. It’s about comfort as well as how easy and accessible all the systems are.

“It’s all adjustable and we can change all of that for the next model. Placement of the buttons and how it all works. It looks pretty cool.”

The wheel could provide a benefit for the Pirtek Enduro Cup too, with the bottom of the wheel effectively cut out making driver extraction easier.