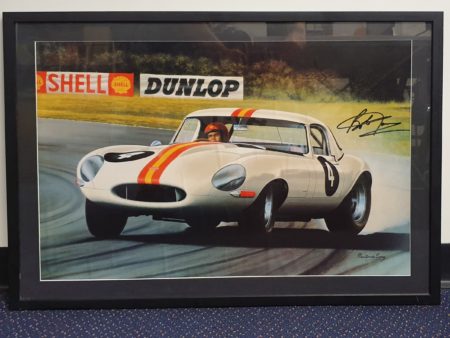 The framed posters feature four of Jane’s most famous racing machines including his McLaren / Repco V8, his 1960s #7 Jaguar 4.2 MKIL, his #27 Maserati 300S from the Melbourne Grand Prix at Albert Park in 1958 and his legendary light-weight E-Type Jaguar at Warwick Farm in the late 1960s.

All the pieces were personally signed by Jane, who was not only a successful racer, but a renowned entrepreneur who passed away in September 2018 after a long battle with prostate cancer. 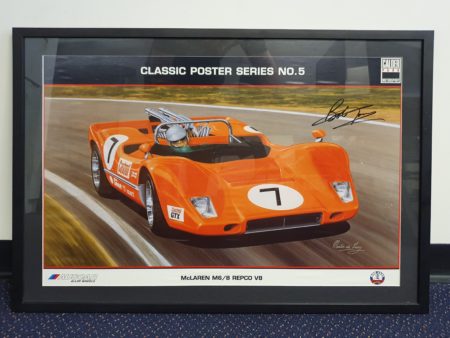 The prints were originally purchased in a fundraiser for the family of former motorsport ace Gregg Hansford after he was killed in an accident in 1995.

They have remained in the personal collection of Speedcafe.com owner Brett ‘Crusher’ Murray who has re-donated it for this auction.

You can bid on the Jane memorabilia here until March 10.

All proceeds from these rare pieces of Australian motorsport memorabilia will be going to Motor Racing Ministries because of a generous zero percent buyers premium from Lloyds Auctions. 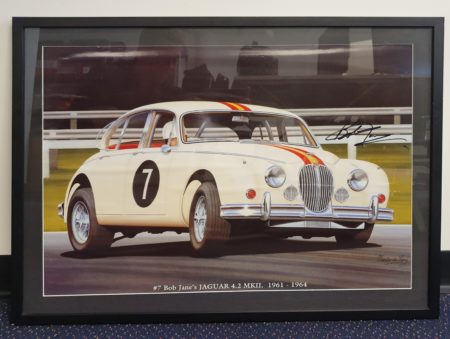 “I have enjoyed the prints as part of my collection for many years, but now they can be put to better use and raise valuable funds for Motor Racing Ministries,” said Murray. 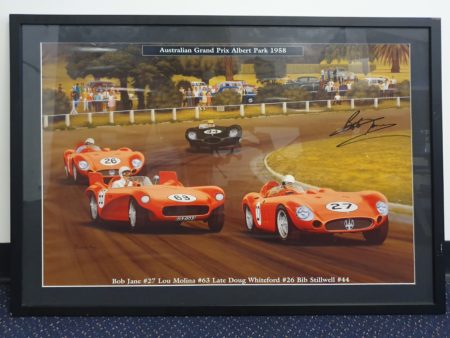 “Obviously Bob’s passing was an emotional time for Australian motorsport given his contribution to it.

“These signed images can never be reproduced and are obviously worth more than I paid for them almost 25 years ago, which was a decent amount.

“I am just glad that items like these can be “recycled” to raise more money for such a worthy cause.”

“We have had some wonderful items come up for auction since this monthly campaign was started by our friends at Speedcafe.com and these four prints are certainly right up there,” said Coleman.

“Bob Jane was such a contributor to Australian motorsport and business and to have four personally signed prints for auction is something pretty special.

“We are grateful to Speedcafe.com for the on-going commitment to our organisation and to the fans who are having some great battles in Lloyds’ online Auction room over these terrific items.”

This is the fourth monthly charity auction held in conjunction with Speedcafe.com to raise money for Motor Racing Ministries and is an extension of Lloyds Auctions’ incredible recent commitment to Bushfire relief.