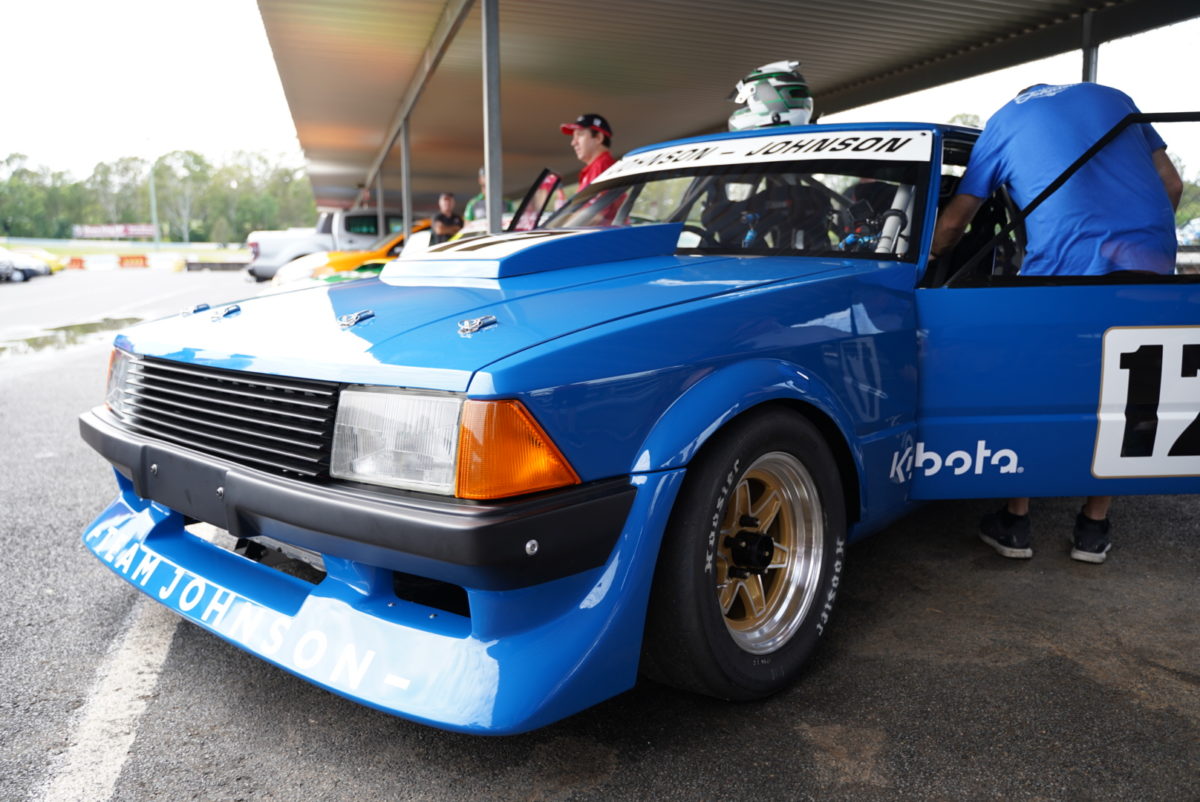 Johnson’s XD Falcon is not yet complete

Steve Johnson says there is still work to be done on the Ford Falcon XD tribute before the opening round of the Gulf Western Oil Touring Car Masters.

The car will make it’s racing debut at the Superloop Adelaide 500 next weekend (February 20-23) with ‘Junior Johnson’ behind the wheel.

The car, which pays tribute to the 1981 Australian Touring Car Championship winner, initially broke cover at a recent ride day at Lakeside Park.

Fans got their first glimpse of the car in the resplendent Tru-Blu base colours, however, Johnson confirmed it will run with a replica livery when it gets to Adelaide.

Speaking with Speedcafe.com at the soft launch, Johnson said there are a handful of jobs that need to be done before the car races.

“The whole livery is changing, this is just a special one-off for the ride day. There’s a system check that needs to be done, going over everything, checking all the nuts and bolts are tight.”

The build has taken almost exactly two years from the time it arrived at the workshop to the on-track rollout.

Aesthetically, the car harks back to Dick Johnson’s championship-winning era, albeit with an alternative bonnet bulge.

The car is largely made of fibreglass panels due to the difficulty in finding period-correct parts that aren’t rusted out.

Under the skin, the tribute is far more developed than the car of Johnson’s prime. Johnson believes the new car makes well over 300 hp more than the original.

“It’s relatively high tech compared to what it was back then,” the elder statesman said.

“I can tell you it’s got a fair bit more (power) than the old car. Totally different altogether.

“We weren’t necessarily going for something more powerful, it’s just the way the rules are. You build to suit the rules and that’s what we’ve done.”

‘Junior Johnson’ said he was overwhelmed by the fan reaction, which saw nearly 500 people turn out for the ride day.

Though he said the time and effort that has gone into the project has been rewarded by that reception.

“I just want to get around and try to talk to everyone,” said Johnson.

“We’re all running on four hours sleep. It’s been 16-hour to 18-hour days for the past seven weeks straight.

“Between all of us, there’s got to be easily 2,000 hours that have gone into it. A lot of people involved.”