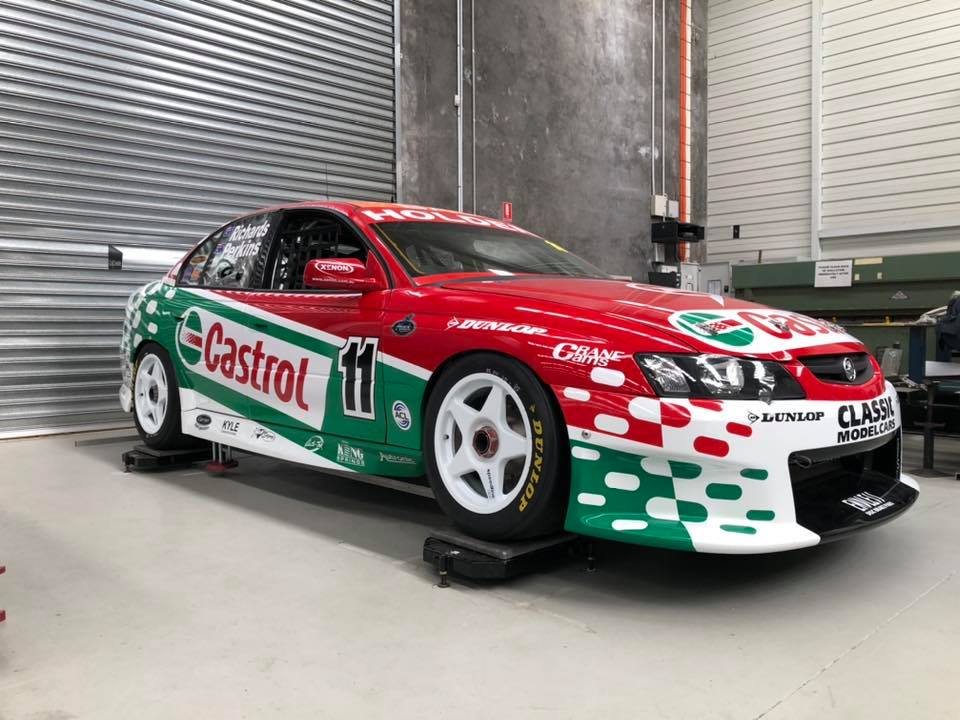 Perkins Engineering has completed a shakedown of its recently restored Holden Commodore VY at Sandown Raceway this week.

The car qualified sixth but failed to make the Top 10 Shootout after a crash in practice prior to the session.

In the end, the car came from 10th on the grid to finish just shy of the podium in fourth. That year the race was won by Greg Murphy and Rick Kelly.

The car is the last campaigned by Perkins in the championship that was then known as V8 Supercars.

The restoration was completed last week, following on from an engine fire-up last September.

With support from Eggleston Motorsport, Perkins Engineering gave the car its first shakedown ahead of its racing return.

Jack Perkins is to race the car at the Phillip Island Classic Festival of Motorsport over March 6-8.