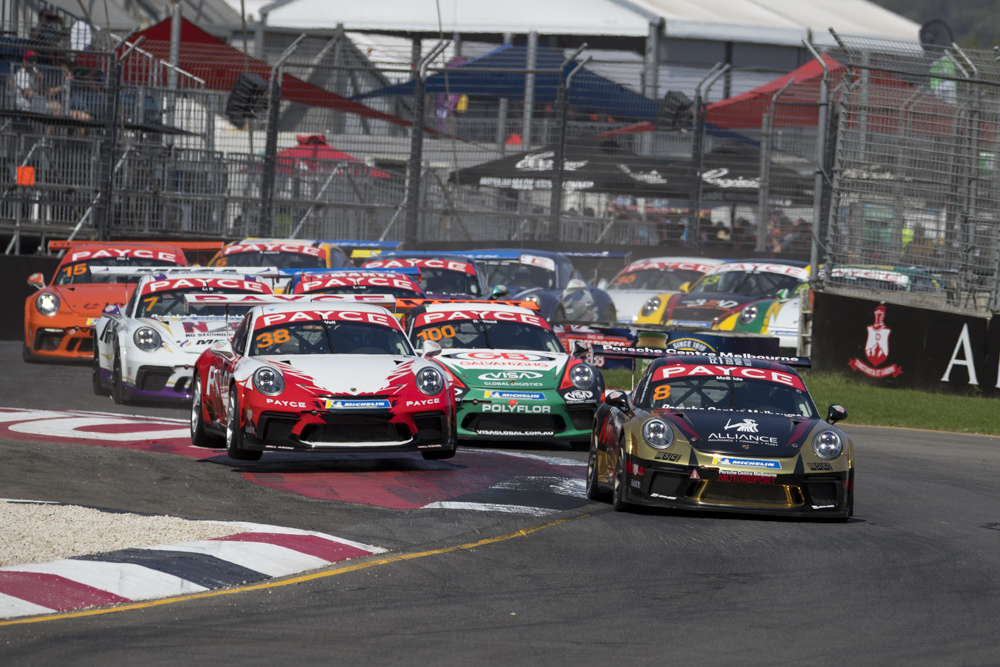 Porsche Payce Carrera Cup Australia boasts a 22-car entry list for the opening round of its 2020 season at the Superloop Adelaide 500.

The field features an almost even split between Pro and Pro-Am classes, with 13 entered in the Pro Class.

Also returning is the series’ youngest ever race winner in Cooper Murray, with Max Vidau and Aaron Love graduating from GT3 Cup Challenge (as the Porsche Michelin Sprint Challenge was known last year).

Among the Pro-Am ranks are three-time winner Max Twigg, and Stephen Grove who will take part in a limited 2020 campaign alongside his Supercup programme in Europe.

Two practice sessions kick off the series next Thursday, ahead of qualifying and the opening race of the season on Friday, with races on both Saturday and Sunday to conclude the opening round of the 2020 season.

It will then head to Albert Park for round two, where earlier this week it was confirmed the series would have a 45 minute endurance race over the course of the weekend.

The Superloop Adelaide 500 begins on February 20.