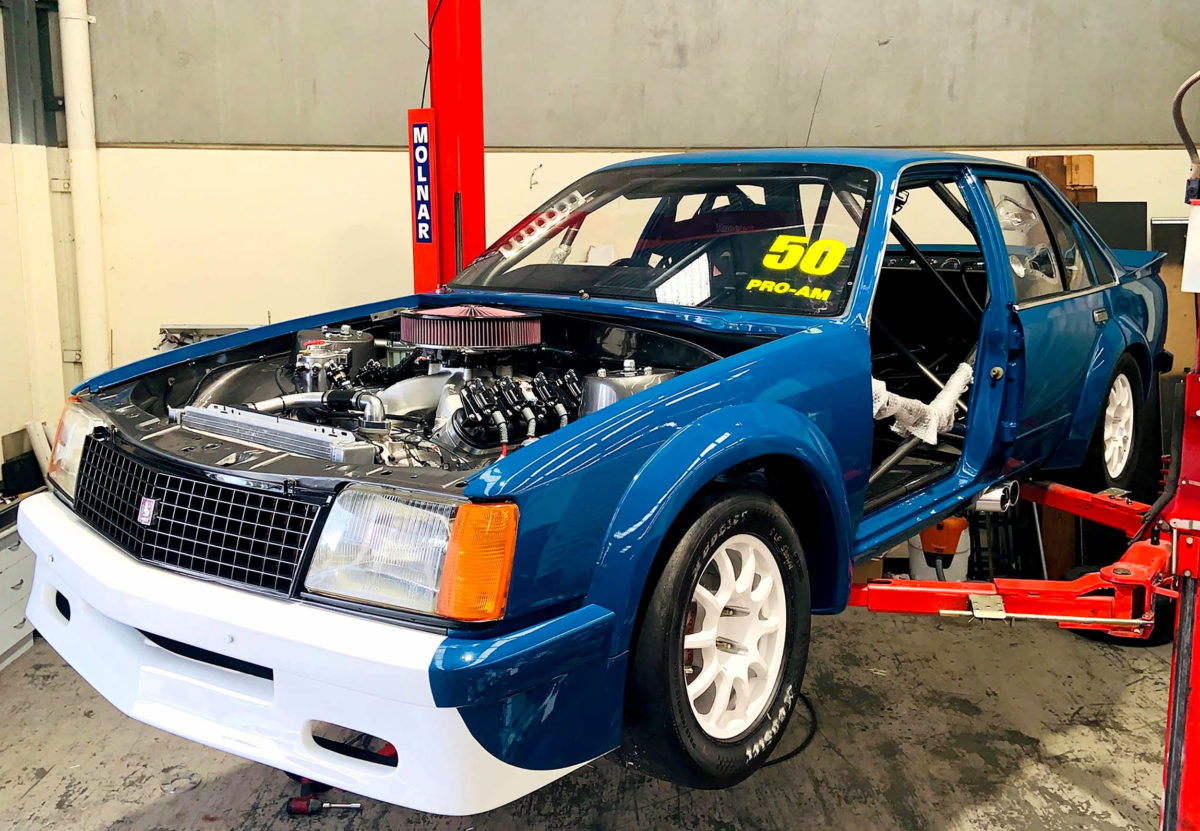 Gerard McLeod will compete with support from Lucas Dumbrell Motorsport in one of the cars, with details of a separate second entry still to be confirmed.

For McLeod, it’s the culmination of a long-term project that originated a number of years ago.

“I got in touch with the category four years ago saying that if they ever introduced a Commodore that we would be the first to commit to running one, and I’m proud that we’ve reached this point of getting the car on track,” McLeod explained.

“The car is owned by Lucas Dumbrell and I’ve done the build over the last year. We’ve drawn on all the experience from the industry that we could find and tapped into a lot of resources including people with experience from Supercars and beyond.

“Tony Freeman of Kelly Racing built the engine in-house, (TCM competitor) Gary O’Brien did the bodywork and it looks incredible. It’s been built to a very high standard.

“We could have had it finished earlier but we didn’t want to rush it. We wanted it right.”

McLeod’s entry will field the in-house TCM Chevrolet engine, while visually paying homage to the car his father, Peter, campaigned at the 1987 Bathurst 1000 with Peter Brock.

“The car will run a livery very close to what Dad ran in the 1980s,” McLeod confirmed.

“It’s going to look sensational and we can’t wait to pull the covers off in Adelaide and show everyone what we’ve been working on for so long.

“Adelaide will be a learning weekend but after three or four races we should be on top of it and it will be a competitive car.”

The opening round of the 2020 Touring Car Masters season will be held as part of the Superloop Adelaide 500 weekend from February 20-23.