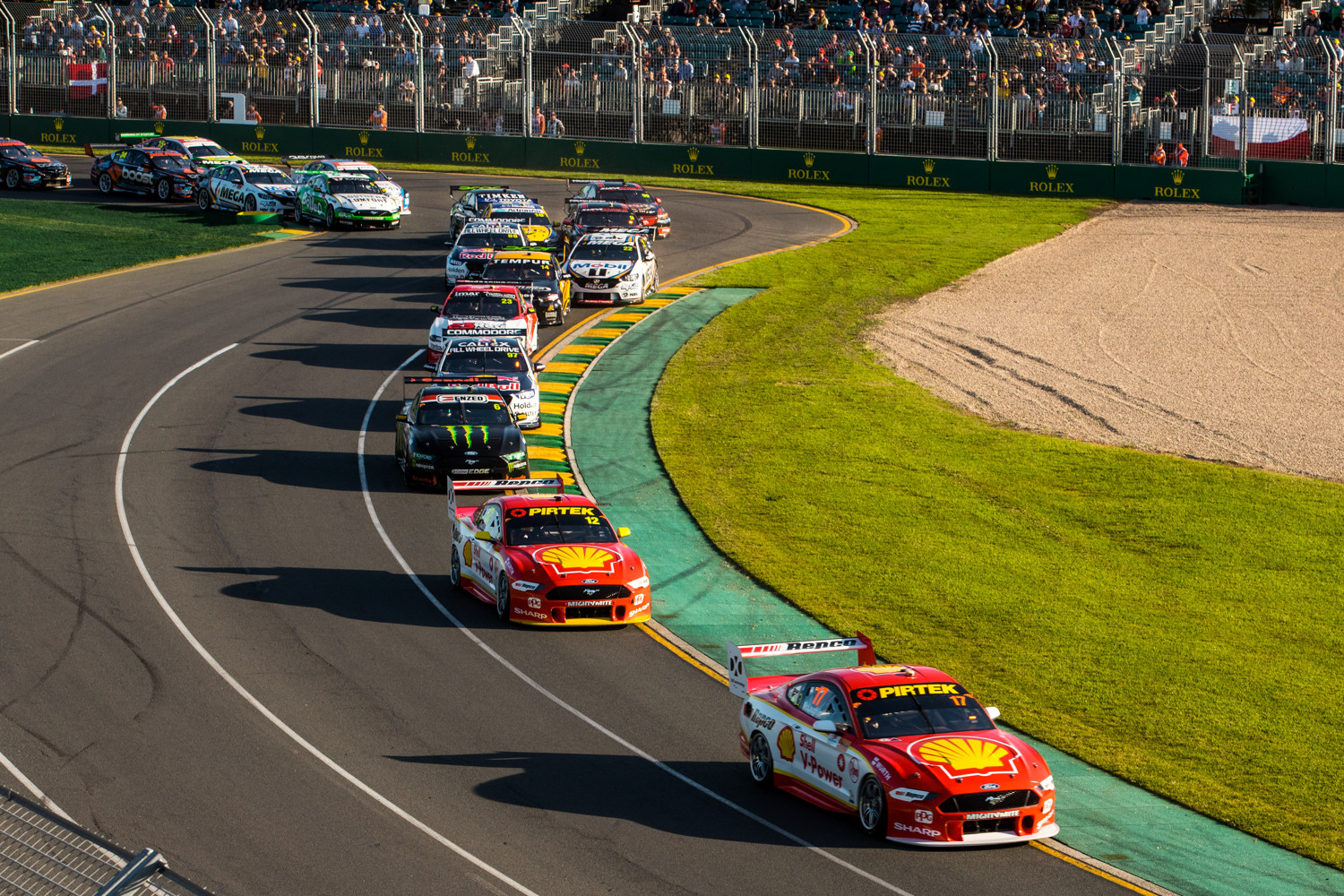 Twilight races have been scrapped from the Melbourne 400

Organisers of the Formula 1 Rolex Australian Grand Prix have revealed a rejigged schedule for the 2020 event.

Of particular note is the change of running for the Virgin Australia Supercars Championship and Round 2 of the season, the Beaurepaires Melbourne 400.

Twilight races have been a fixture for Supercars in recent years at the grand prix. Typically the Albert Park street circuit has hosted two races in the evening and two races around midday.

However, the races this year will take place much earlier in the day, ensuring a repeat of the 2018 unintended dusk race is avoided.

All four races will last for 20 laps, each worth a maximum 75 points for the winner. Last year the mixed distance races meant 50 points and 100 points were available across the short and long races.

Teams will have the option to use hard and soft compound tyres with four sets of each available over the four days.

The one-make Porsche series will open its account with a 15-lap mini-enduro on Thursday afternoon. Three 10-lap races across Friday, Saturday, and Sunday are scheduled.

The inaugural TCR Asia Pacific Cup meeting will consist of three eight-lap races to take place across the final three days of the event.

S5000 will once again run their qualifying race format on Friday and Saturday to set the grid for Sunday’s feature race, an 11-lap sprint around the streets of Melbourne.

Formula 1 two-seater demonstration laps and the traditional speed comparison are also scheduled across the weekend.