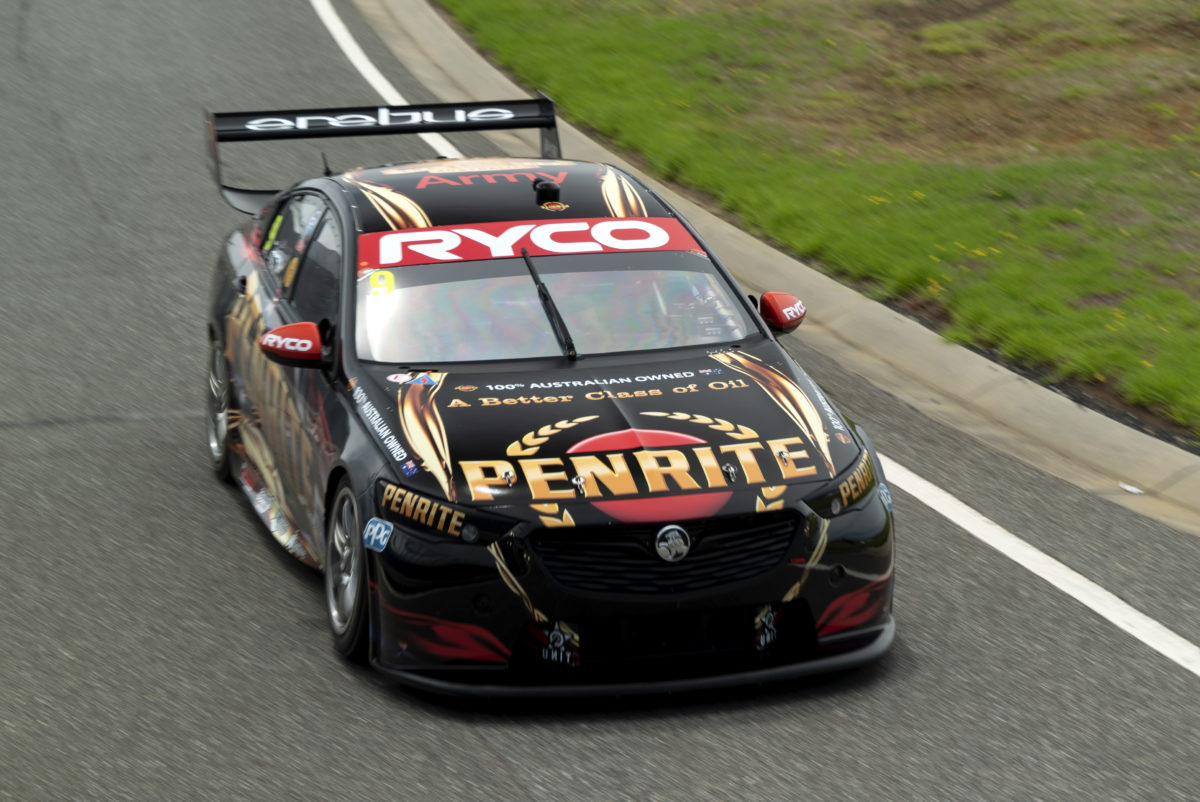 Changes made to the aerodynamics of the Holden Commodore ZB for the 2020 Supercars season have made a ‘dramatic’ difference according to David Reynolds.

The Penrite Racing driver yesterday took part in a shakedown at Phillip Island for a new chassis, providing him an opportunity to sample the latest specification car (sans control dampers).

Changes were made to both the Ford Mustang and Holden Commodore following an intensive VCAT process in an effort to get better parity across the two marques.

In the Commodore’s case that has resulted in a longer undertray, which both cars have had tweaks to the allowable rear wing angle.

“The car, with the revised aero the car feels a lot different,” Reynolds confirmed to Speedcafe.com.

“It feels like we’ve probably picked up a lot more front and we’ve got a similar sort of amount of rear as we did last year.

“So the balance shift is quite dramatic for us in the middle of the corner, especially at a high speed corner at Phillip Island.”

The aerodynamic changes coincide with the introduction of a control shock absorber, which Reynolds suggests will help the smaller teams spring a surprise result.

“It will actually have a big impact on the sport,” he reasoned.

“It takes the complexity out of that sort of side of engineering, but it’s going to be interesting to see how everyone rolls out at Adelaide.

“Everyone’s got the same sort of stuff (shock absorbers) now; it’s not what we had.

“Obviously the category wouldn’t give us what we just had and not give it to everyone else, that’s kind of silly, they’ve done the sensible thing and given us a completely different internal, which is something new for us.

“It’s the same for everyone, so there’s no massive advantage anymore.”