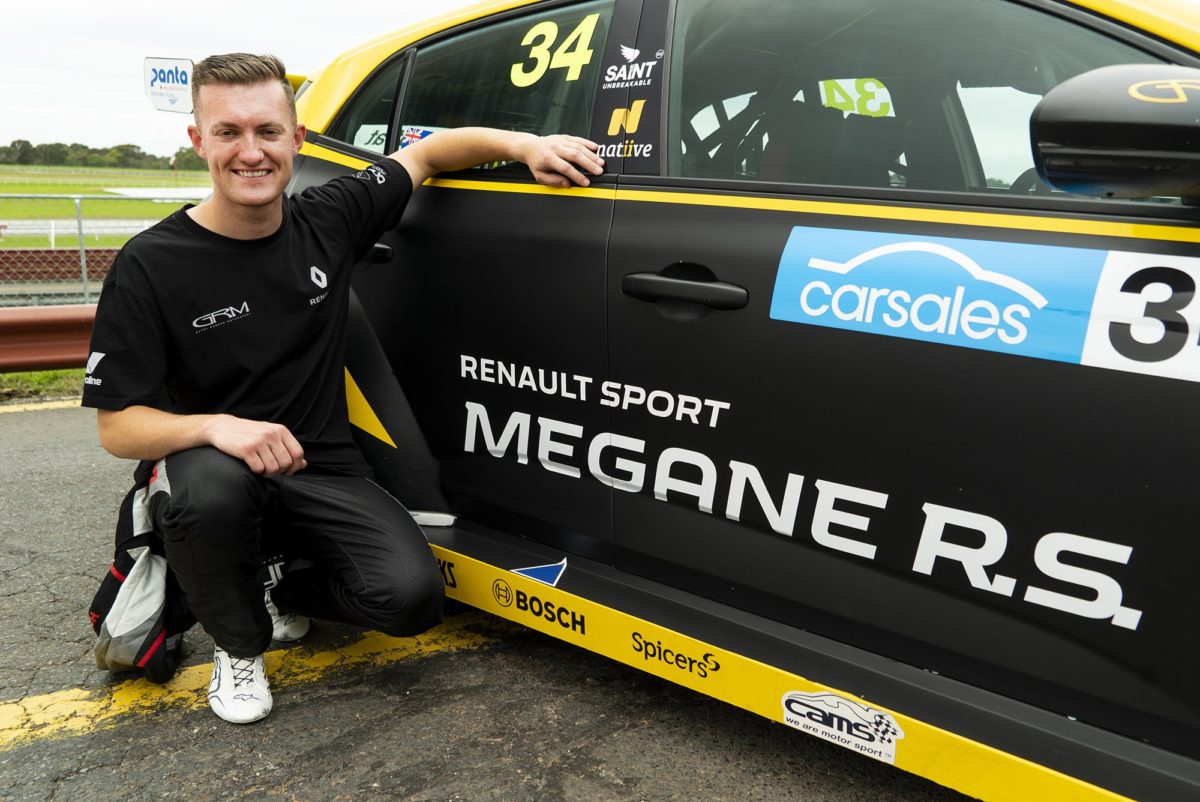 O’Keeffe last year steered an Alfa Romeo Giulietta out of the Ash Seward Motorsport stable, but has elected to switch brands for the coming year.

He last year raced in the Dunlop Super2 Series for the eponymous team, as well as making a cameo Supercars Championship appearance after Richie Stanaway was benched during the Gold Coast 600 weekend.

Employed by GRM to help maintain its fleet of TCR cars, O’Keeffe had the opportunity to sample the Renault at a ride day at Sandown earlier this week.

“I had spent that much time around the Renault TCR car at work, I felt like I knew it intimately before I even got behind the wheel, so it was cool to finally turn some laps in anger,” O’Keeffe said.

“Compared to the Alfa, the biggest difference is with the gear selection; it’s the only car in the field that doesn’t have paddle-shift, but I got used to it very quickly.

“In terms of performance and handling, it feels very similar to the Alfa; the fundamental driving style is much the same.

“We had a good set-up out of the box at Sandown, and I was able to punch out some competitive times throughout the day.”

Team boss Barry Rogers added: “Dylan has embraced the GRM way and is a tremendous asset to our workforce.

“To retain Dylan as part of the GRM racing roster in a Renault Megane RS TCR car after such an impressive season last year in Super 2 with GRM and the Alfa with ASM is a big positive.”

The 2020 TCR Australia Series gets underway at the end of March, with the opening round at Sydney Motorsport Park.

First, however, is the non-championship Asia Pacific Cup at the Formula 1 Rolex Australian Grand Prix across the March 12-15 weekend.