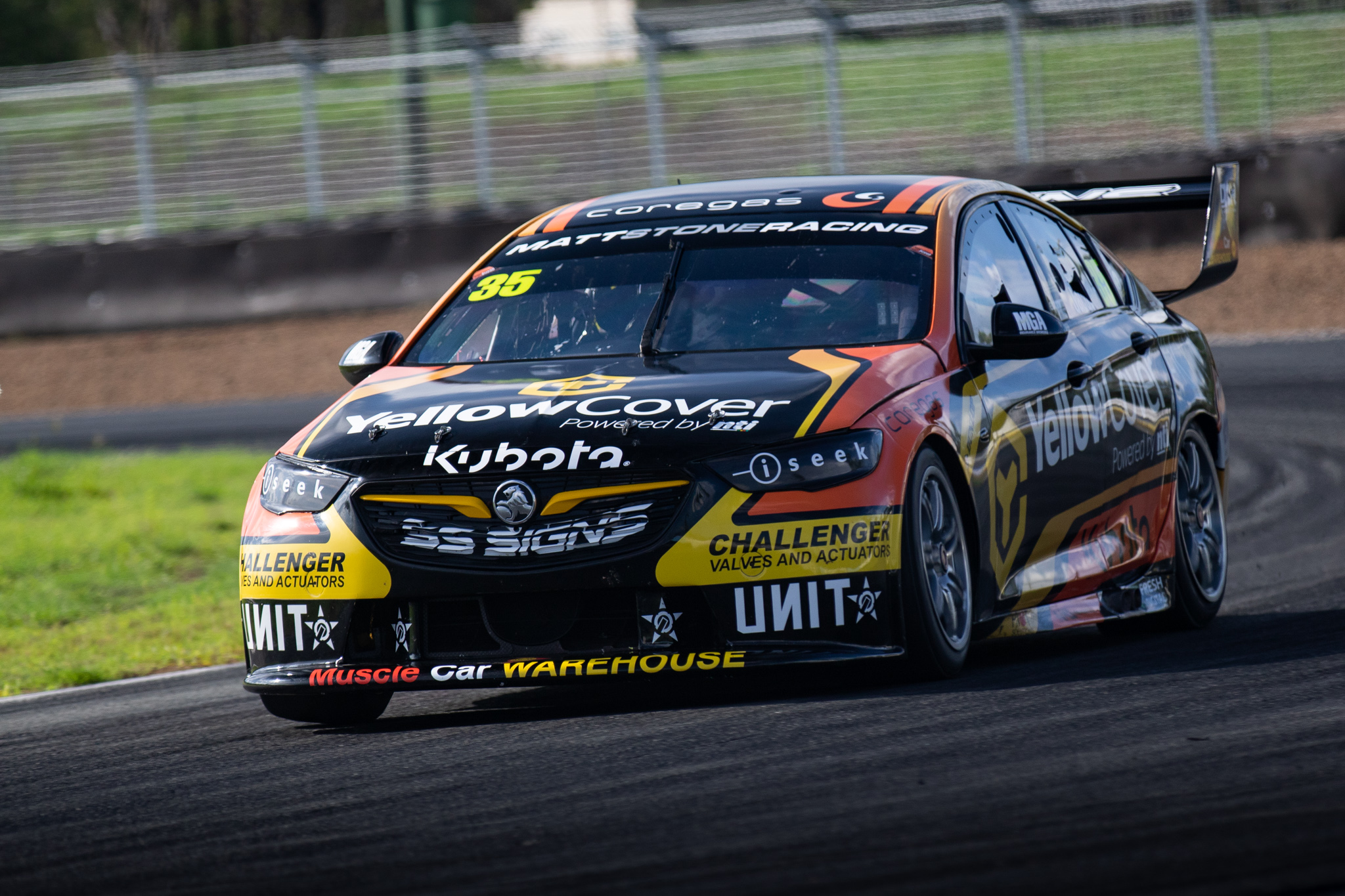 Garry Jacobson says he wasted no time when Matt Stone Racing offered him a Supercars drive for 2020.

This year marks a major milestone for the 27-year-old, who makes the move from Melbourne to the Gold Coast.

It’s a significant change of scenery for the Shepparton-born driver who will move from a four-car Kelly Racing operation to Matt Stone Racing who this year expands to two cars.

Jacobson effectively becomes the number one driver with teammates Jake Kostecki and Zane Goddard sharing an entry under the SuperLite scheme.

Speaking with Speedcafe.com at his first test with the team, Jacobson said Todd Hazelwood’s results last year were a big reason behind his decision.

“I thought, ‘I’d like to drive Todd’s car, that’s a good car,’ I wanted to be in that team really badly.

“I knew that they were improving. I think that like every first-year driver […] you’re learning the tyre and the team is learning the car and things like that happen.

“I think we’ve both been on a similar career path in terms of getting into that first year and shaking off all those learning curves.

“When Todd started getting results I though, ‘this team’s good, I want to be in this team’. When Matt wanted me, I said, ‘yeah, let’s do this.’”

Jacobson said he has no regrets about his time at Kelly Racing but believes the more focussed approach at his new home will be a great benefit to him.

“My first experience with Kelly Racing was awesome. I really appreciated the opportunity to work with Todd and Rick and the whole team at Kelly Racing,” he said.

“But I think at that stage of my career, a four-car team, they’re just so busy. The Nissan Altima was something that was at the end of its pipeline too.

“I did my best to work with the crew, but I knew that there was more speed within myself that hadn’t been untapped yet.

“It’s that sort of attention to detail – when you’re in a smaller team – it’s easy to maintain that performance threshold because you’re not working with four drivers.

“[Matt Stone Racing] has been really good for me so far, just with attention to detail and what makes me tick and what helps me feel fast in a car.”

A champion of the Dunlop Super2 Series, Jacobson believes he hasn’t shown his true ability in the main game since making the step up.

Those two results are his best to date, but with a Holden Commodore ZB under him he’s confident he can crack the top 10 in 2020.

“I feel like I still had so much more to offer that team in terms of car speed,” he said of his first full season.

“The only time I felt like I was qualifying up the front was when it was sort of raining.You can’t rely on that.

“I understand it’s a big challenge to be at the top level, but I felt like the speed last year at times wasn’t reflective of my ability.

“I felt like I was a bit further down the grid order than what I should’ve been. So I’m looking forward to this year.

“I’m not expecting to go out there and win races. I’m going to try, but the top 10 is more where I think I should be.