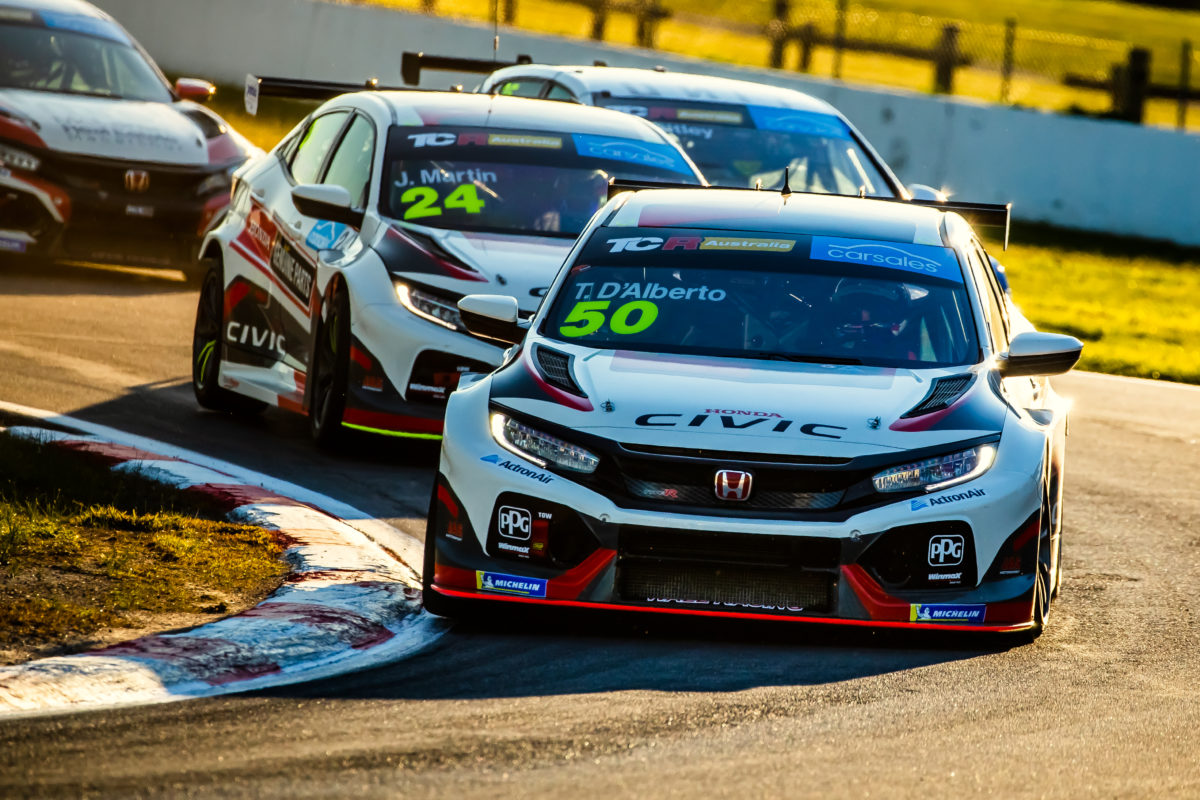 Tony D’Alberto will continue with Honda in 2020

Tony D’Alberto will continue with Honda for the 2020 TCR Australia Series with confirmation of a renewed deal.

Over the course of the season he notched up five podiums across the 21 race schedule, highlighted by second in the opening race of the year at Sydney Motorsport Park.

For the coming season D’Alberto will remain with Wall Racing, and enjoy support from JAS Motorsport, an official racing partner of Honda globally.

“I’m excited to be back with Honda and Wall Racing, and we are all aiming to go one better in 2020,” said D’Alberto.

“We had a really good year last year. It was one of the most enjoyable seasons I’ve ever had as a race car driver. The atmosphere in the TCR paddock is great and the competition was really strong.

“It’s fantastic to have Honda’s continued support and involvement with my Civic Type R, Wall Racing and the TCR category as a whole.

“There’s no doubt that the level of competition in TCR is going to step up considerably in the second year.

“Some of the drivers and cars that have been announced already suggests it is going to be a super competitive series, but that’s what motivates us, so we’re up for the challenge.”

The TCR calendar kicks off with the non-championship Asia Pacific Cup at the Formula 1 Rolex Australian Grand Prix.

From there the series heads to Sydney for the opening round of the 2020 TCR Australia Series on March 27-29.

Next Story Morcom continues with HMO for 2020