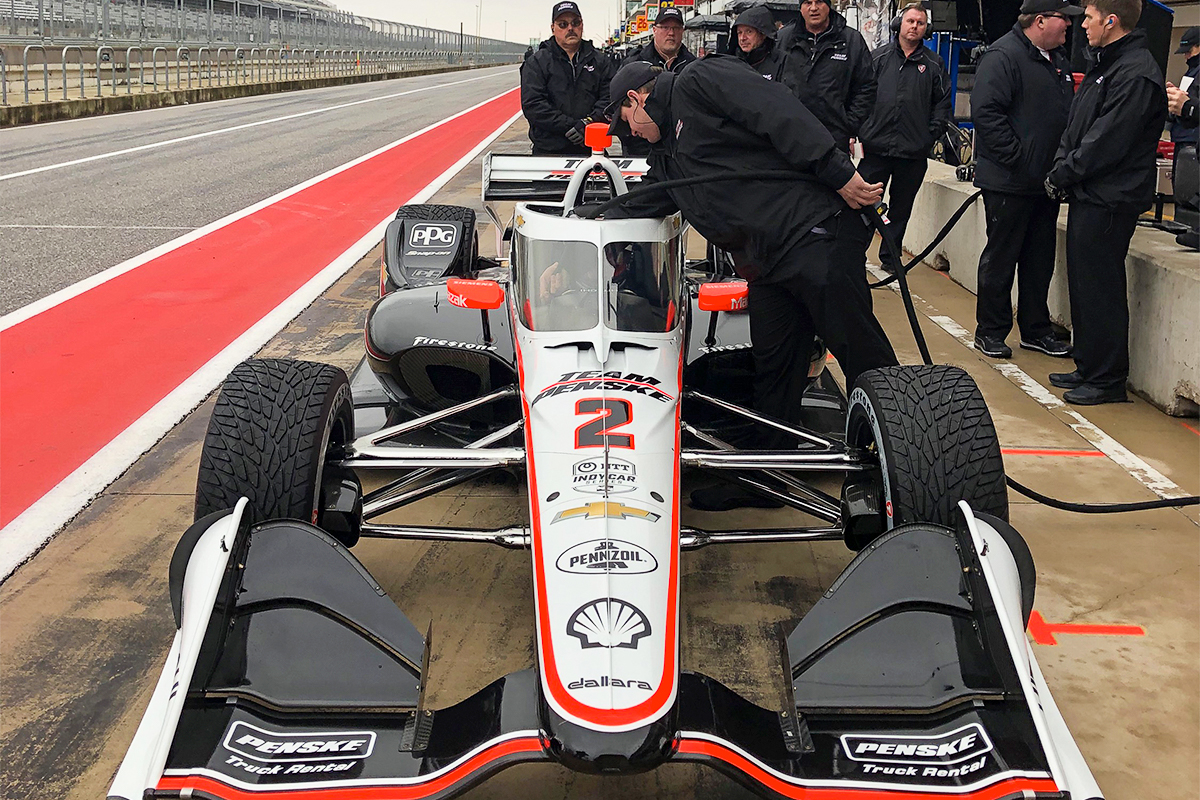 Scott McLaughlin’s first day of IndyCar Series testing at Circuit of the Americas was largely a non-event for the two-time Supercars champion.

In what was supposed to be a full day of testing in Texas, the day was called to an end prematurely due to inclement weather.

His first time in an IndyCar at the circuit, McLaughlin completed ‘a couple of slow laps’ for Team Penske in the wet.

The COTA Open Test brings the full field of IndyCar Series drivers together for two days of testing. However, drivers got less than an hour of on-track running before an early finish.

No representative lap times were completed.

Speaking after the first day of testing, McLaughlin said he’s already looking forward to getting some laps under his belt.

“I woke up today like it was Christmas and I haven’t been able to open my presents,” he said.

“That’s how I’m feeling right about now. I still got a chance to go out there and have a feel. The team got an idea of the windscreen with the rain and all of that.

“Unfortunately, it was just too cold with the tyres. Firestone and IndyCar made the call we should just wait.

“We didn’t get as much running as we wanted, but it looks to be better tomorrow now.”

McLaughlin came to the test with a full day of dry running at Sebring International Raceway’s northern course.

He impressed Team Penske to the point where he’ll be contesting at least one round of the IndyCar Series.

The 26-year-old is locked in to race at Indianapolis Motor Speedway on the inner road course. However, there is chatter he could contest a few more races, including a short oval.

This week’s test isn’t the first time McLaughlin has driven at Circuit of the Americas.

In 2013 the Virgin Australia Supercars Championship made a one-off appearance at the circuit, albeit the a smaller ‘national’ configuration.

McLaughlin spent much of the lead up to this week’s test practicing on a simulator, which he believes has been invaluable.

“It was good to do a lap and just get a feel for the track, but it’s very similar to what I’ve been doing on the simulator,” he said.

“The simulator has been a massive tool, so I feel right at home. I’m excited for tomorrow if it stays dry.”

Next Story GALLERY: Supercars on track at Phillip Island