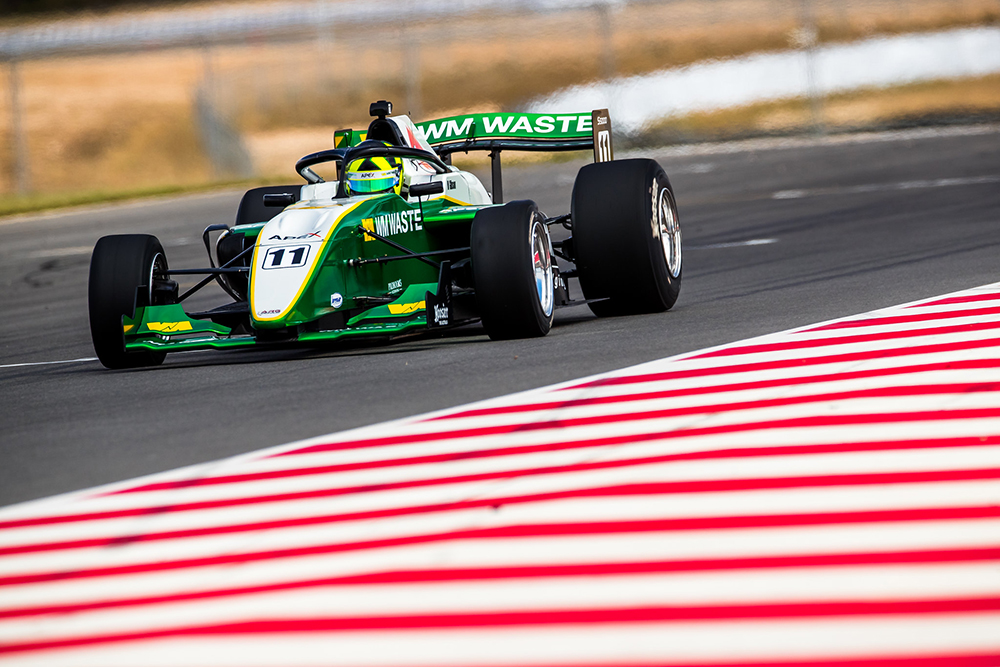 The S5000 Jordan Michels will drive

New Zealander Jordan Michels will join the S5000 grid for the opening two rounds of the series at the Formula 1 Rolex Australian Grand Prix and Sydney Motorsport Park.

The 21-year-old will race for Albert Callegher in the car previously raced by Michael Gibson at the 2019 demonstration events at Sandown and The Bend.

The deal makes Michels the first Kiwi entrant in the S5000 series for 2020, and came about courtesy of Mygale importer Greg Woodrow.

“I had been planning to do TCR New Zealand but, when that got postponed, I was doing a bit of driver training work with Zak Stichbury, and literally working on the Formula Ford, when Greg rang up and said he had something to talk about,” said Michels.

“Next thing I know, I’m on a plane to Melbourne. It’s been an amazing 48 hours.

“There’s a lot to take in, but the concept of lining up at Albert Park in an S5000 car is amazing, and I’m so looking forward to getting my head around it.

“My family had an involvement in preparing the historic Formula 5000 McRae raced in New Zealand by Canadian Jay Esterer a few years ago, so to be stepping into the modern equivalent is a real buzz.

“I can’t understate my thanks to Greg, GKN, and above all else Albert and ACM Finance for offering me the opportunity.”

Team owner Callegher added: “As a passionate open-wheeler fan, I grabbed the opportunity to join this terrific new formula (S5000) offered to me by the Australian Racing Group.

“It’s my desire to offer opportunity to and develop good young drivers through the championship and am doing so, with this being the second driver introduction to the category.

“2020 is a learning and building year for us to present a fully-formed race team next year as I did back in the ’90s era.

“In the meantime, we welcome Jordan, and Greg, to the team and look forward to a solid debut at the Grand Prix.”

The 2020 season marks the start of S5000 as a fully-fledged competition.

Albert Park hosts the opening round on March 12-15 with visits to Sydney Motorsport Park, Winton, The Bend, Phillip Island, and Sandown to follow.

A non-championship event at Bathurst is set to round out the year in mid-November.