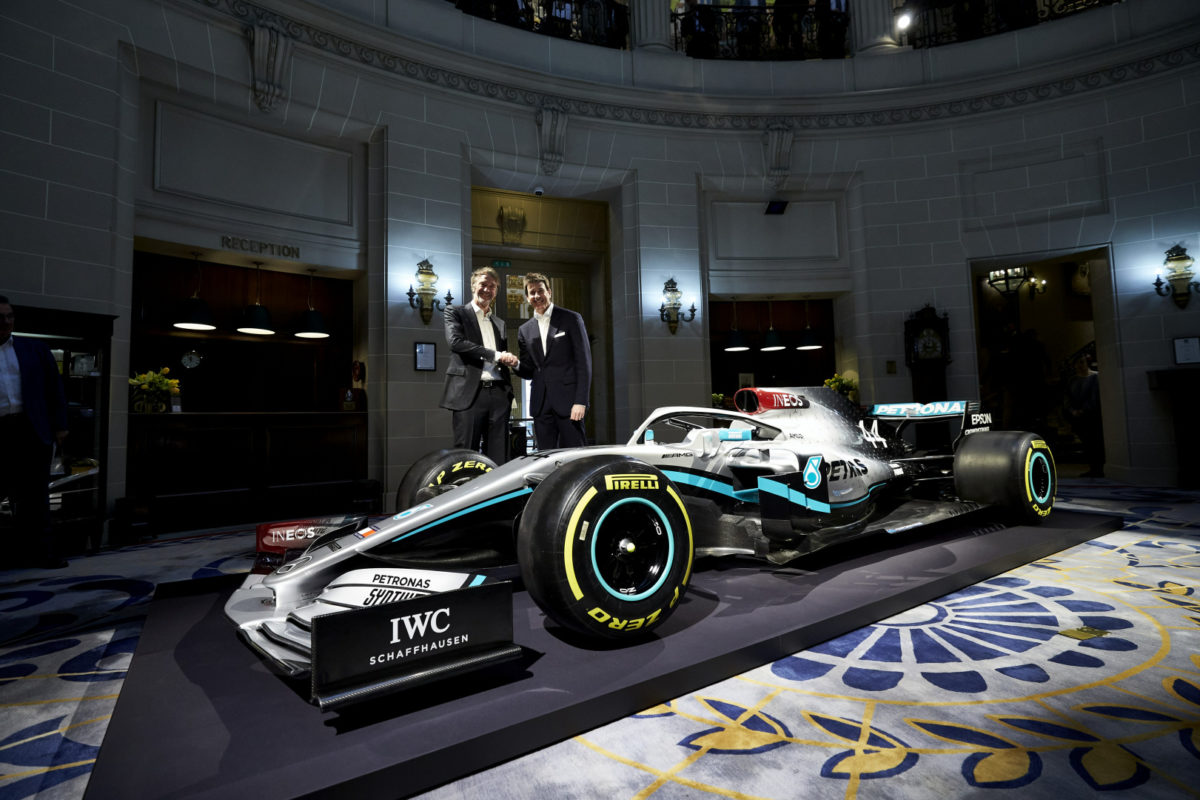 Mercedes will head into the 2020 Formula 1 season with a subtly different colour scheme compared to recent years.

The car has remained predominantly silver, as it has been throughout its history in F1, with splashes of teal in deference to sponsor Petronas.

For the coming season there are also red highlights following a new deal with Ineos, announced as part of the livery reveal in London.

There is also one red three-pointed star on the car’s engine cover paying homage to late Mercedes non-executive chairman Niki Lauda, who died in the lead up to last year’s Monaco Grand Prix.

While it has shown off its new colour scheme, Mercedes has not unveiled its 2020 contender.

That reveal is set to happen on Friday this week at Silverstone, ahead of a shakedown test at the British Grand Prix venue.

Like all other teams, Mercedes will then head to Spain for the opening pre-season test which kicks off next week.

Ferrari will become the first of the leading teams to showcase its 2020 car with an event on Tuesday in Italy.