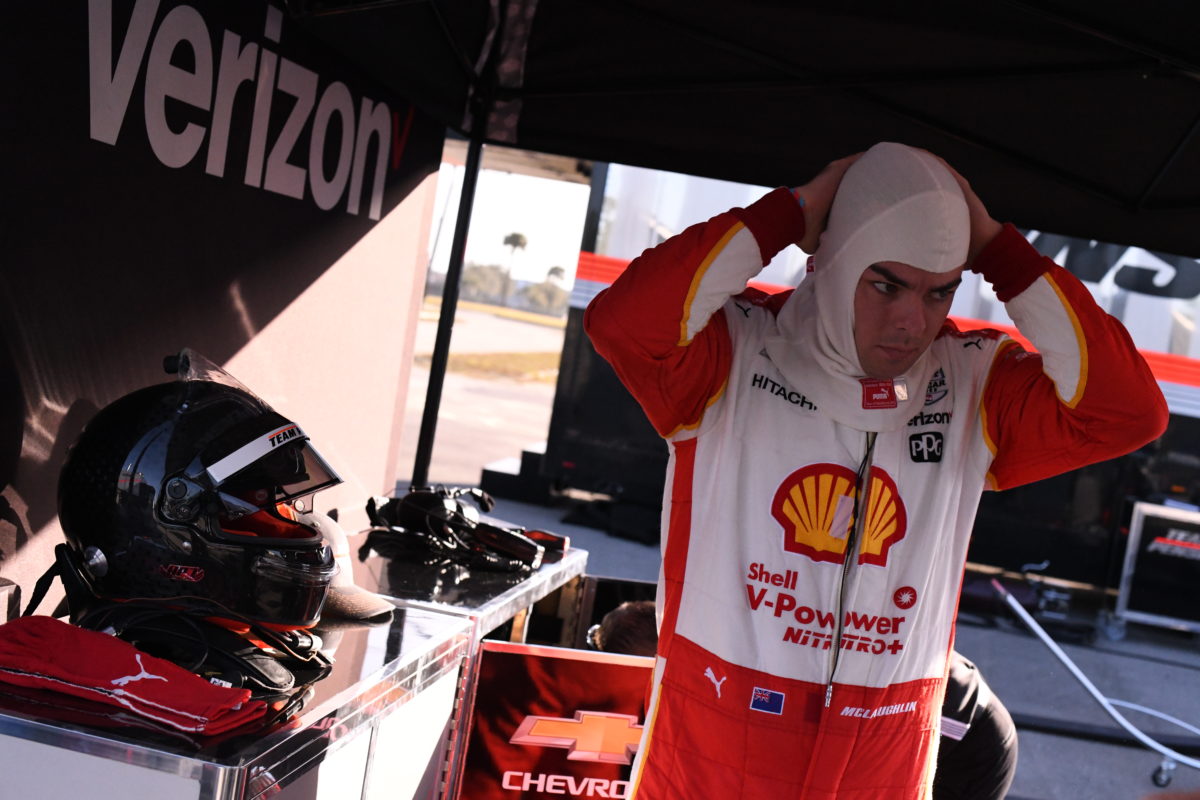 Scott McLaughlin has affirmed that his upcoming IndyCar outing will be no distraction despite its proximity to Supercars’ own pre-season test.

McLaughlin will get behind the wheel of the #2 Team Penske entry for the two-day ‘Spring Training’ test at the Circuit of the Americas, which starts in the early hours of tomorrow morning (AEDT).

The BP Ultimate SuperTest takes place at The Bend Motorsport Park, southeast of Adelaide, on Tuesday next week.

McLaughlin is not the only driver to partake in other motorsport during the Virgin Australia Supercars Championship off-season, with Shane van Gisbergen’s schedule particularly hectic.

The Triple Eight Race Engineering driver jammed the Roar Before the 24, an Asian Le Mans Series race at The Bend, a GT3 test at Phillip Island, a return to Daytona for the race itself, and the Bathurst 12 Hour into the first five weeks of the year.

While McLaughlin’s latest drive is closer to the start of the Supercars season, the Shell V-Power Racing Team driver says that his travel has been well-planned to allow him to be fresh when he gets behind the wheel of the #17 Mustang in South Australia.

“I think we’ve planned it out so it’s not going to be (a distraction),” he told Speedcafe.com.

“I’m going to Adelaide earlier just so I’m not jetlagged or anything like that.

“We’re doing it all the right way obviously with the flights and stuff, so I’m fully confident it’s going to be alright.

“Obviously it is going to be busy, I’m probably not going to be home that much in that period of time, but it’s exciting.

“I’m excited to get back in the car there as well and try the new aero and new damper as well, so I’m just pretty excited for the next couple of weeks for sure.”

While DJR Team Penske put on rides at Lakeside yesterday, the SuperTest will be the first time that teams get to use the new control shock package.

CLICK HERE for a video, from Team 18’s Steven Richards and Mark Winterbottom, explaining the implications of the new dampers.

CLICK HERE for this week’s Pirtek Poll, asking where you would like to see McLaughlin race in 2021.