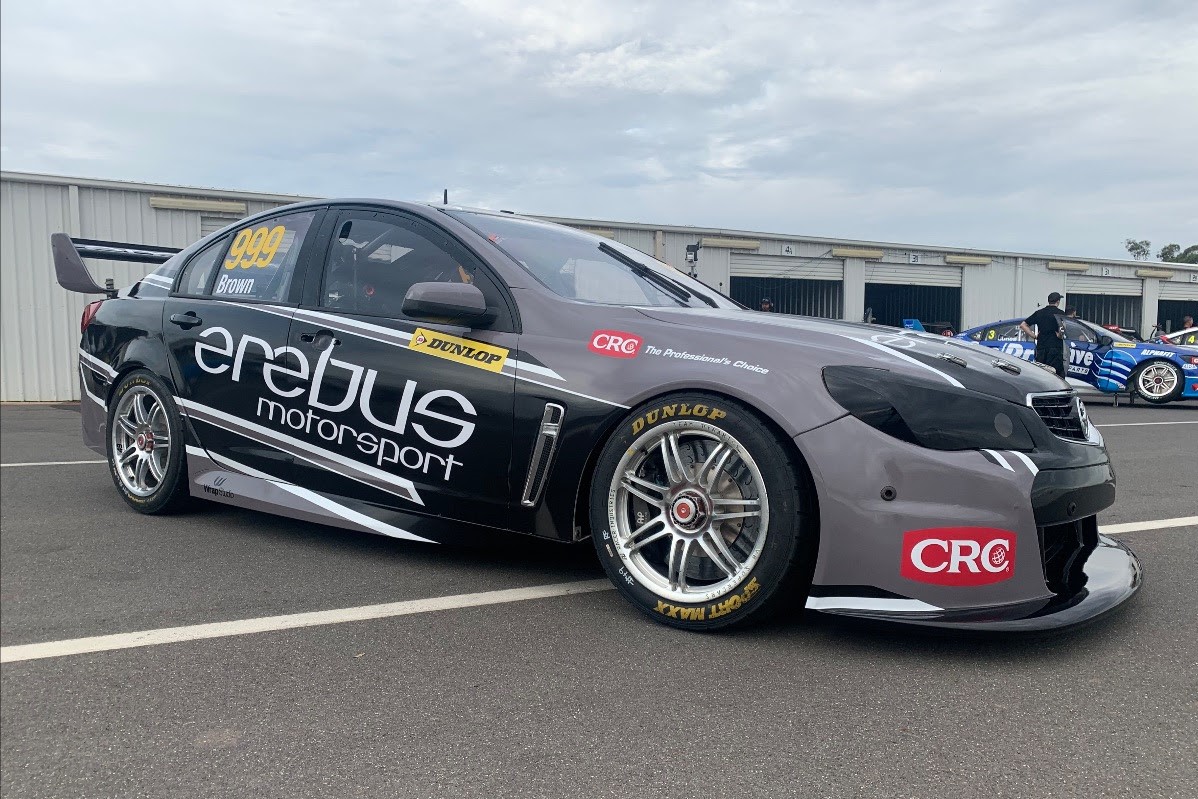 Will Brown’s Image Racing entry will point to his impending ride to a full-time seat at Erebus Motorsport in this year’s Dunlop Super2 Series.

Brown’s VF Commodore has been adorned with the branding of the Supercheap Auto Bathurst 1000-winning team, which has already signed him up for a full campaign in 2021 after moving him into David Reynolds’ Penrite Racing car for this year’s Pirtek Enduro Cup.

The Terry Wyhoon-owned Image Racing is the de facto Erebus junior team of Super2, and will again field two ex-Erebus cars with Jordan Boys continuing in the #49 entry.

“How cool does the car look? I cannot wait for the season to start already!” said Brown, whose engineer and number one mechanic are Erebus staff.

“I can’t thank Betty (Klimenko, Erebus owner) and Barry (Ryan, Erebus CEO) enough. I’m so grateful for this opportunity. It’s going to be a massive year!

“I’ve always wanted to win the Super2 championship, I’ve won a lot of the other categories I’ve entered since go-karts.

“I think I’m in a good car this year with Image Racing, with Erebus backing, I think it’s going to be my best chance I’ll ever get to do that.”

While Erebus Academy entries have run in various series at times during the past several years, Brown’s car is the team’s biggest presence in Super2 yet.

It will carry #999, continuing the pattern from Erebus’ #9 and #99 Supercars Championship entries for Reynolds and Anton De Pasquale respectively, and has drawn the team’s CRC Industries backing from those cars.

Klimenko herself said, “It’s mine and Daniel’s baby. We have had uniforms made with Triple 9 on them.

“I want to spend a bit of my time over at Super2 with Will and because the car is Erebus and I haven’t seen a car out there that says Erebus for a while, it’s really special.

“Will is an exceptional young driver. He has been with our team as a co-driver with Anton for the past two seasons as well as competing in Super2 and winning the TCR Championship.

“He’s shown he is willing to work hard. He has fitted so easily into the family. He’s basically a mini David.”

With Brown already locked in for a Virgin Australia Supercars Championship seat in 2021, he would either take the seat of De Pasquale, who is coming off-contract, or Erebus would run three cars.

Brown, Boys, and the bulk of the southern-based Super2 entries are in action at a test day today at Winton.