‘Awesome’ De Borre always ‘number one’ for Mostert at WAU

‘Awesome’ De Borre always ‘number one’ for Mostert at WAU 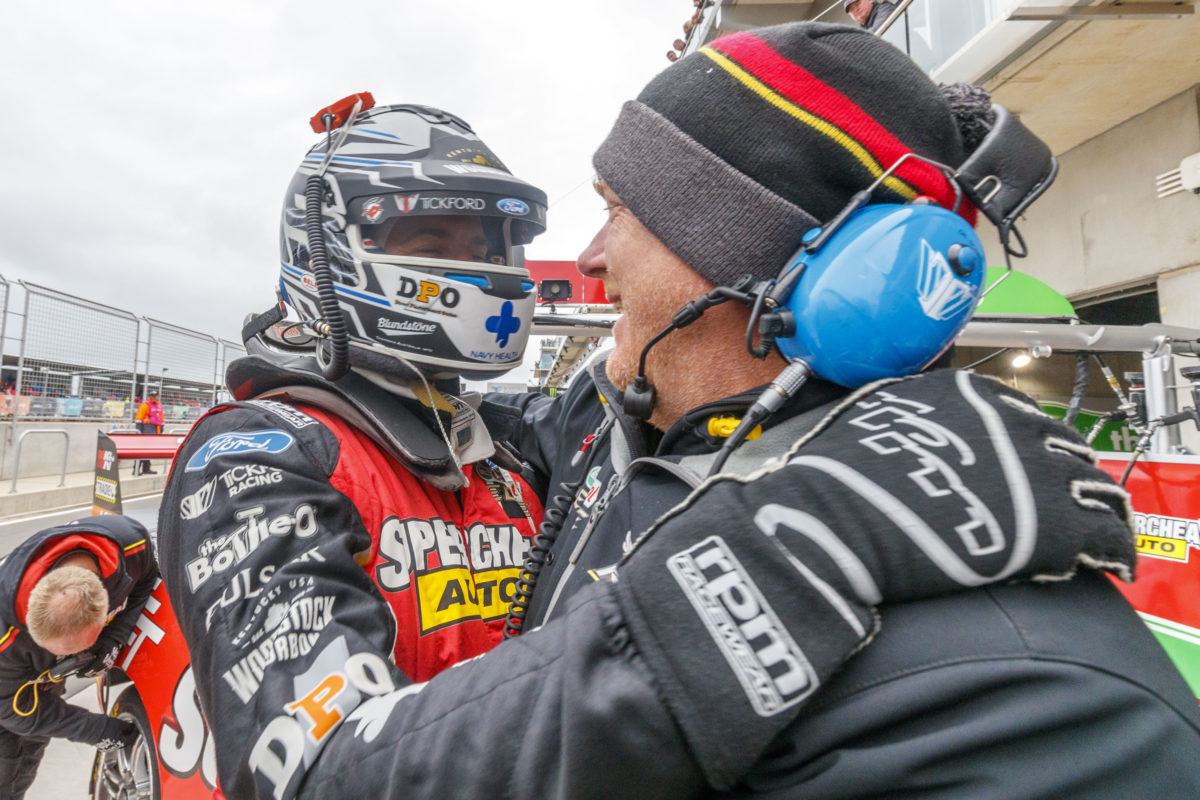 Since his debut with Dick Johnson Racing in 2013, Mostert has had De Borre at his side for almost every season.

With seven years in the series, Mostert has 13 wins to his name including a coveted Supercheap Auto Bathurst 1000 crown alongside Paul Morris in 2014.

This year Mostert moves from Tickford Racing after a six-year spell to a new-look Walkinshaw Andretti United, where De Borre will join him.

Mostert isn’t the only change at the team with 21-year-old Bryce Fullwood making his full-time debut following the departure of Scott Pye and James Courtney.

This season will mark the first time Mostert has raced a Holden Commodore in the Supercars Championship.

He said that having De Borre in his corner was a priority.

“At the end of the day, a new team is always going to ask what your preferences are, whether it’s with who would you like to get into the team or who your engineer is going to be, or co-driver et cetera,” Mostert told Speedcafe.com.

“Definitely, Adam was number one, if the only one on my list. I felt over the last few years he has done some pretty amazing things in different environments.

“For me, I’m super pumped to have him as my engineer and go racing with a mate.”

Long before Mostert was announced at Walkinshaw Andretti United it was rumoured the 27-year-old would be on the move in 2020.

In what was the worst kept secret of the season, Tickford Racing wheeled him to the team at the close of the Newcastle 500 wrapped in duct tape before the official announcement was made.

Confirmation of Mostert at the team came two days after the 2019 season finale, though De Borre’s move was only announced last week.

“Adam and I have pretty much done every year in the Supercars Championship bar one, and I honestly couldn’t see myself racing in this category without him as my engineer.

“He’s one of the smartest guys in the pit lane. I really enjoy working with him. We have an awesome friendship.

“To have a friend that you go racing with is something that’s pretty special. We’re looking forward to a great year together.”

Mostert will shake down a brand-new ZB Commodore tomorrow at Phillip Island before the BP Ultimate SuperTest at The Bend on February 18.