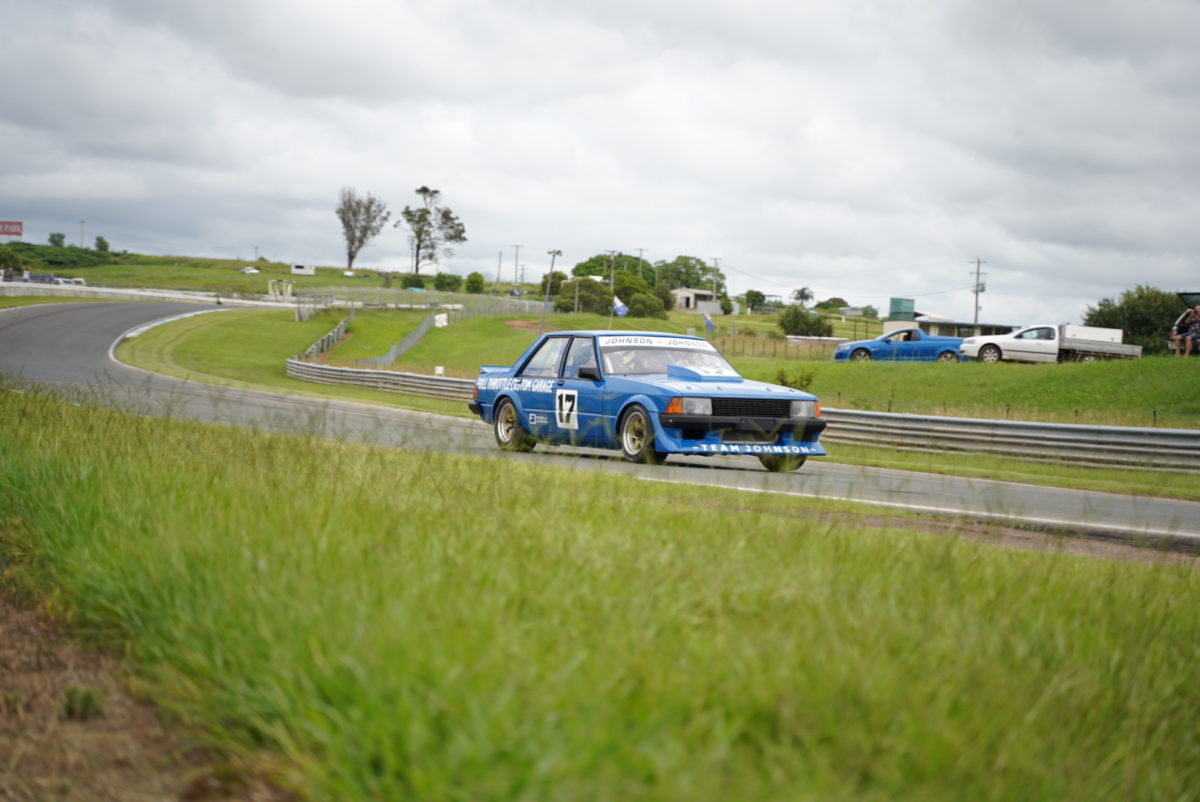 Steve Johnson at the wheel of the XD Falcon

The typically quiet Queensland circuit was flush with fans of DJR Team Penske and the Johnson family as the car was revealed for the first time.

Speaking with Speedcafe.com, Steve said it was an “emotional” first outing in the car that pays tribute to his father, Dick Johnson’s success.

“Everything is pretty new. I just went out and came straight back in.

“I came back in and the boys were like ‘were you even going to come back in?’ I just wanted to keep going around. It was really cool. I got quicker and quicker.”

The car will make its official racing debut at the Superloop Adelaide 500 where it will race in Touring Car Masters.

The car is currently sporting an alternative livery, however, the car will run in the championship-winning livery come the first round.

Johnson said having ‘the boss’ alongside him was nerve-wracking.

“When I rolled out of the pit lane, to be honest, I was shitting myself,” Johnson laughed.

“I would have rather just got in and done it on my own because I wouldn’t have been as nervous, but I had Ryan Story next to me.

“He’s a very close friend of the family and is like my brother. He’s done a lot for the family outside of the car, with the financial stuff he’s been amazing.

“This car is ours, but it’s Ryan’s and dad’s too. They’re the big people in this. That was a small token to repay him for all the help he’s given us.”

Johnson said he was overwhelmed by the reception from the fans, many of which had come from out of town to see the car for the first time.

The team worked through some small expected teething issues in what was a relatively drama-free morning.

Next Story POLL: Where would you like to see McLaughlin in 2021?