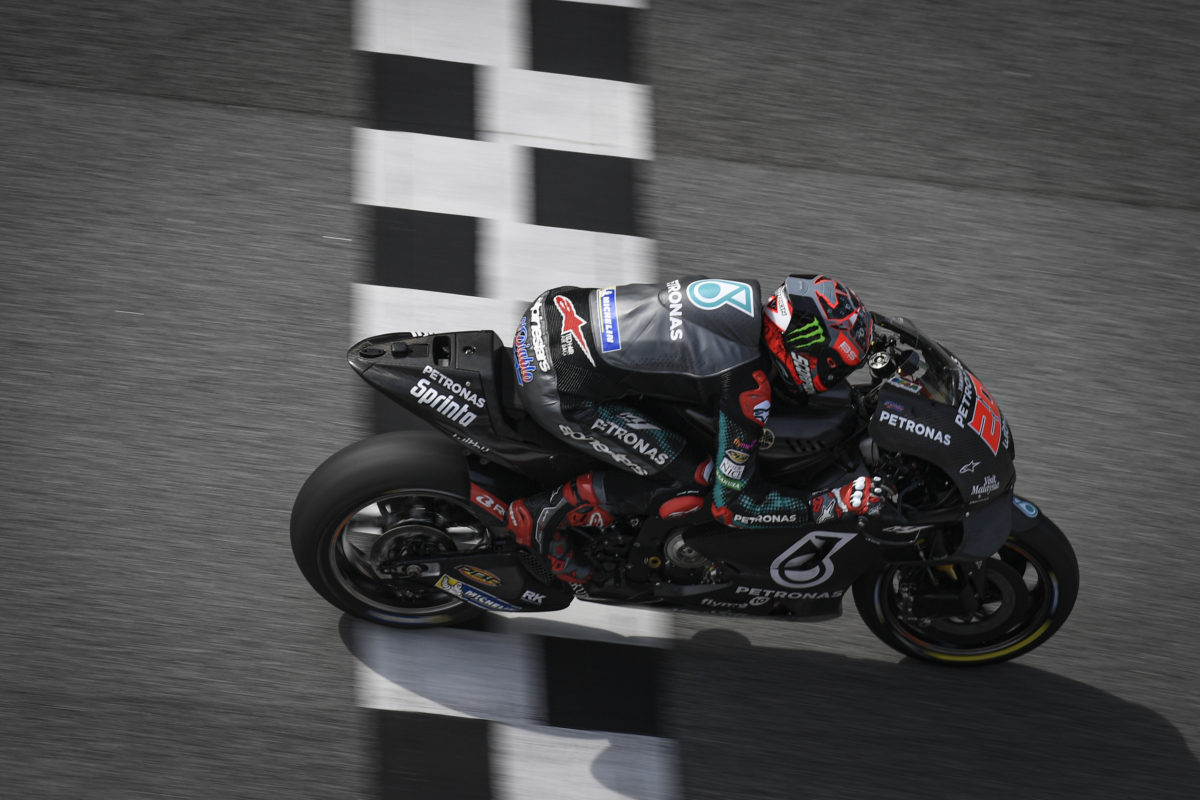 Fabio Quartararo has set the pace for the third time in as many days as the Sepang pre-season MotoGP test came to a close.

Several riders held the fastest lap at some point during the first hour of the day, with Quartararo’s 1:58.349s standing up as the benchmark for the remainder of the day.

The Petronas SRT Yamaha rider, who had been given a 2020-spec M1 for the latter two days of the test, finished 0.082s ahead of Castrol LCR Honda’s Cal Crutchlow.

He and Suzuki Ecstar’s Alex Rins, who ended up third with a 1:58.450s, also set their fastest laps in the opening hour.

Fifth went to Valentino Rossi at 0.192s off the pace for Monster Energy Yamaha, Danilo Petrucci was sixth for the Ducati Team, and Red Bull KTM’s Pol Espargaro took seventh.

Aleix Espargaro showed promising long run pace on Gresini Aprilia’s new RS-GP on his way to ninth, while Suzuki Ecstar’s Joan Mir was 10th with a spill at Turn 9.

Marc Marquez also spent time on the floor as he racked up 47 laps and finished 12th with Repsol Honda.

Viñales completed 83 laps, at least 14 more than any other rider, and was one of three Yamaha pilots who appeared to have a holeshot device, the others being Rossi and tester Katsuyuki Nakasuga.

The next official test takes place at Qatar’s Losail on February 22-24 (local time).