Home » Features » Pirtek Poll » POLL: Where would you like to see McLaughlin in 2021?

POLL: Where would you like to see McLaughlin in 2021? 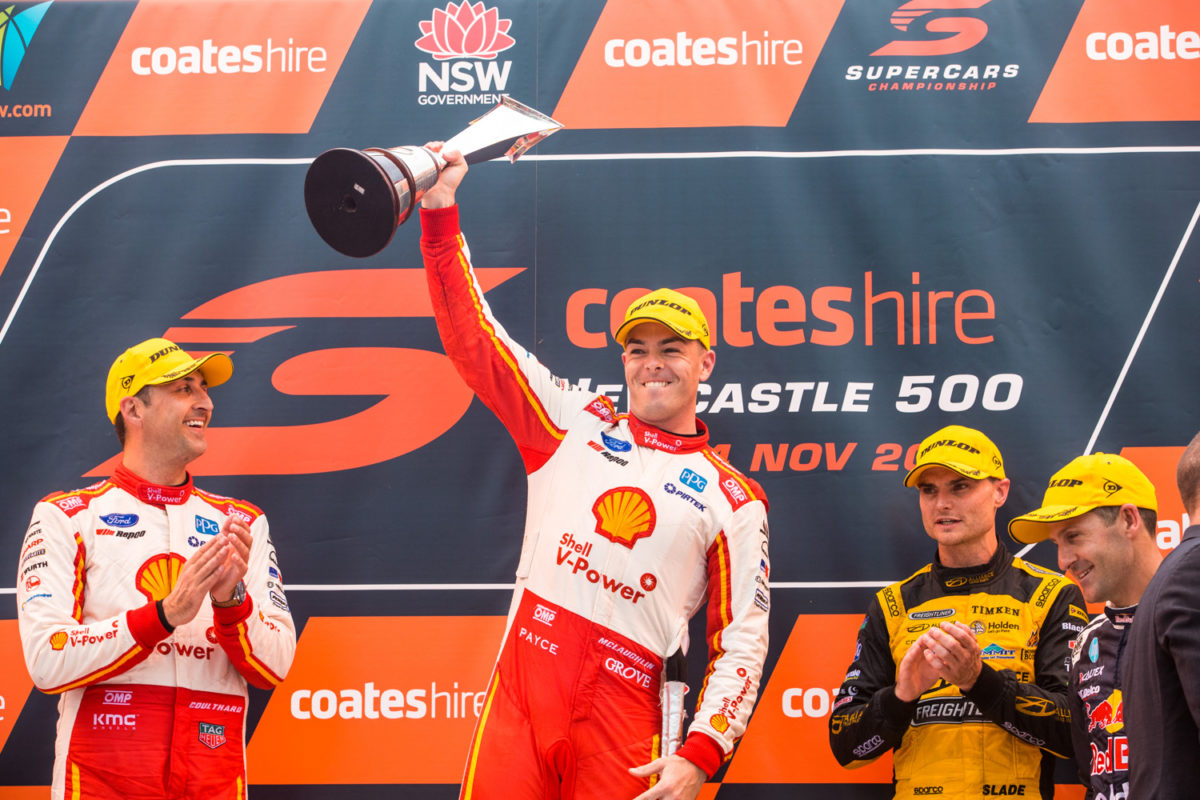 With Scott McLaughlin confirmed for an IndyCar race start this May, we ask where you would like to see the Supercars champion race in 2021, in this week’s Pirtek Poll.

McLaughlin will partake in a second IndyCar test with Team Penske this week (Tuesday and Wednesday, local time) when ‘Spring Training’ is held at the Circuit of the Americas.

That drive has been arranged in conjunction with a race debut at Indianapolis in May, on the road course in the IndyCar Grand Prix.

The New Zealander has made no secret of his desire to race in the United States, where Team Penske runs highly successful programs in IndyCar, NASCAR, and the IMSA SportsCar Championship.

McLaughlin wrote in the Road to Redemption book released following his 2018 championship triumph that “NASCAR is the obvious goal” once satisfied with his Supercars achievements, to which he subsequently added a Supercheap Auto Bathurst 1000 win.

He has also expressed a desire to race in IndyCar’s flagship Indianapolis 500, and even joked that he would be willing to race a wheelbarrow for Roger Penske.

McLaughlin is driving a Shell V-Power Mustang again in 2020 after a contract renewal midway through last year, although the term of the contract was not disclosed, as per DJR Team Penske’s standard practice.

Speaking at the time of that announcement, the 26-year-old told Speedcafe.com, “At this point in time, they’ve (Team Penske) just told me to do what I can in Supercars and hopefully opportunities will follow.

“But seriously, for the foreseeable future, I’m in Supercars until they change anything and I’m happy where I am but obviously I’m open to other things and if the opportunity happens, it happens; if not, I’ll be here to annoy you (media) a bit longer,” he joked.

Penske himself, however, stated during last year’s Bathurst 1000 weekend that, “I think that we want (McLaughlin) to come over and he’ll have to start just like we did here.

“But he’s got a good future and you’ll see him in America, I’m sure in the near future.”

An IndyCar rookie evaluation last month followed up quickly by another test outing and confirmed race start very much suggests something is now afoot within the meticulous Team Penske empire.

Will Power, an Indianapolis 500 winner and IndyCar champion for ‘The Captain’, observed the Sebring rookie evaluation and concluded that McLaughlin could probably be competitive in IndyCar, given time.

“It’s just so hard to tell but based on what he’s done before in motorsport, you would expect that he’ll be able to adapt well and be able to race an IndyCar,” Power told Speedcafe.com.

NASCAR is arguably a steeper learning curve due to the prevalence of ovals, although former road course specialist Boris Said believes McLaughlin would have an easier task than Marcos Ambrose did when the Tasmanian made the leap from Supercars.

It is also worth noting that while NASCAR has 36 points-paying races alone per year, IndyCar tries to wrap up its season prior to the start of the NFL’s Regular Season (or soon after) in September.

As such, McLaughlin could race full-time in IndyCar and, assuming no dramatic changes to either calendar, still be available for all three of Supercars’ Pirtek Enduro Cup events with a little bit of luck.

Penske’s Acura sportscar program is somewhat ‘off-Broadway’, at least to Australian motorsport followers, and does not appear as prominent a thought for McLaughlin, but it does come with its own attractions.

Racing a DPi would give the Kiwi a shot at outright victory in the 24 Hours of Daytona, and the recently announced harmonisation in IMSA and ACO regulations means there could conceivably be a road to Le Mans glory.

Of course, the Queensland-based driver could also stay at ‘home’, where he is a star even in the mainstream, and go after more records in the Virgin Australia Supercars Championship.

Where would you like to see McLaughlin race in 2021? Cast your vote in this week’s Pirtek Poll.