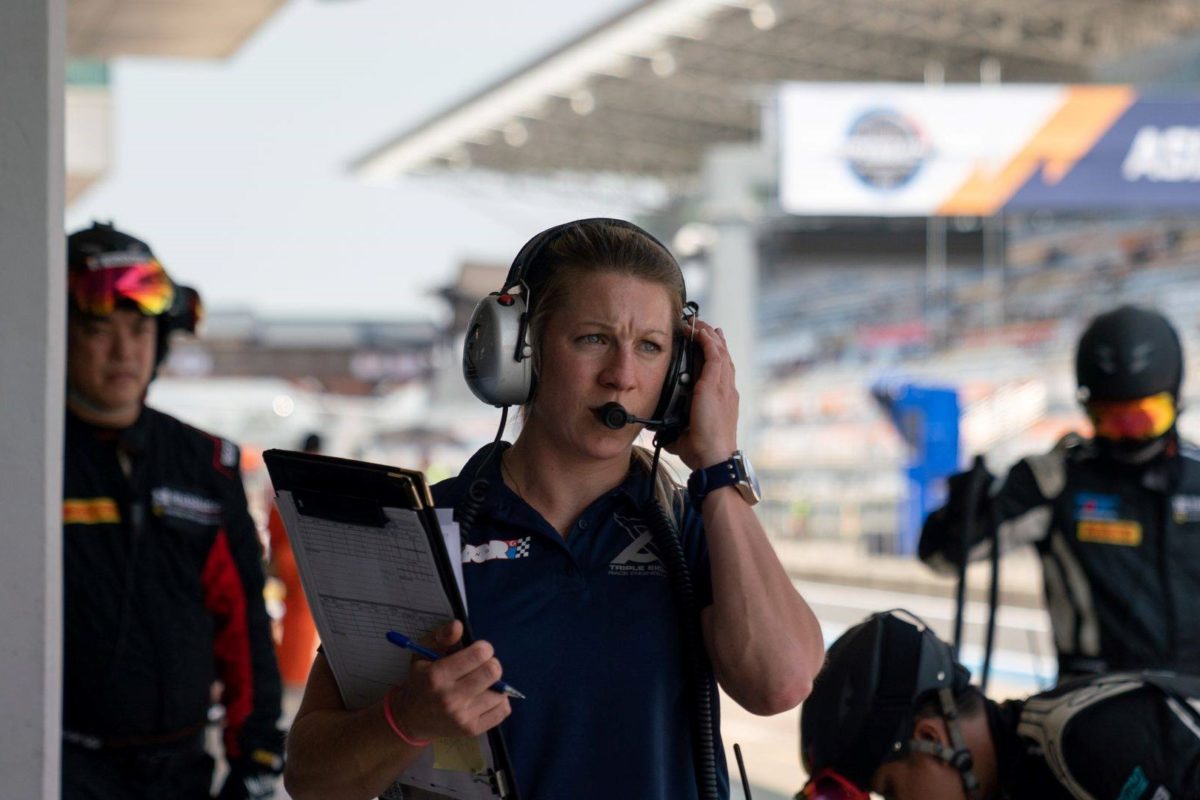 Triple Eight engineer Romy Mayer has described her role in a podium at the Liqui-Moly Bathurst 12 Hour as a great learning experience in endurance racing.

Mayer, who moved from data engineer for Jamie Whincup to race engineer for one of Triple Eight’s Super2 entries to further her skillset last year, had the role of performance engineer for the #888 Mercedes-AMG GT3.

“Obviously an endurance race is something new for me, because especially last year I just did the Super2 which has short races and the (GT World Challenge Asia) as well has short races,” Mayer, who was race engineer for Triple Eight’s entry in Asian GT competition last year, told Speedcafe.com.

“So that’s another step up because there’s just much more involved; the fuel, the strategy with the competitors, also tyre stops, brake pad changes, so it all comes together.

“It’s a good experience and I learnt a lot as well.”

Fittingly, Mayer was also part of the team which developed the Mercedes-AMG GT3, the same model Triple Eight races (in updated ‘Evo’ form for 2020), while working with HWA.

Asked about the feeling of helping to design a car and then playing a role in the Bathurst podium, she said, “It feels quite rewarding, especially after the whole week leading up to and then the 12 hours; the podium is always pretty nice.”

Mayer has moved off Triple Eight Race Engineering’s Super2 program in deference to an expansion in its GT racing in Asia, where it is set to also contest another round of the Intercontinental GT Challenge in the form of August’s Suzuka 10 Hours.

“Our plan is to do it,” team boss Roland Dane told Speedcafe.com regarding Suzuka, with that commitment to be formalised once entries open.

In the meantime, the GT World Challenge Asia starts at Sepang on March 28-29, where van Gisbergen will commence his increased, five-round involvement in the program for 2020.

Its Super2 effort, which sees it field a VF Commodore for Formula Ford champion Angelo Mouzouris this year, begins at the Superloop Adelaide 500 on February 20-23.