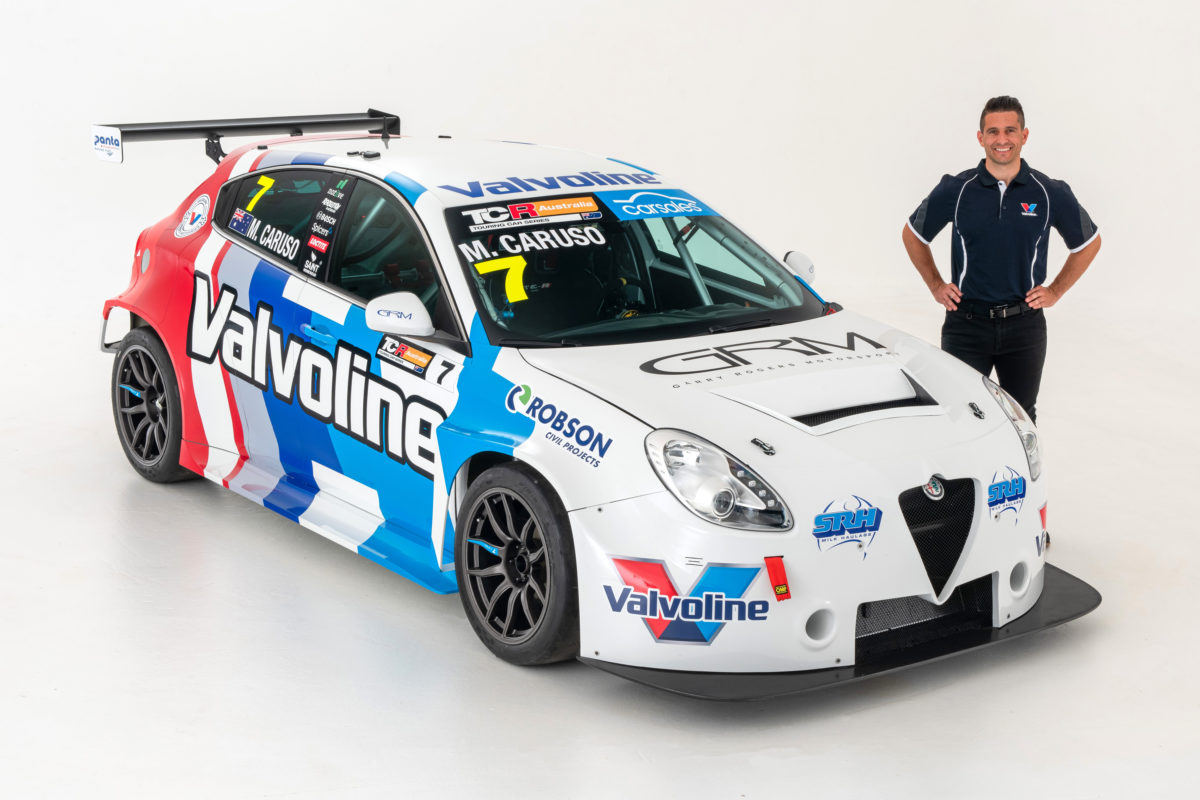 The deal will see Caruso pilot one of the squad’s Alfa Romeo Giulietta Veloces, reuniting the 36-year-old with the team for whom he raced Supercars for five years from 2008, and briefly last year.

“I’m really excited to partner with Valvoline and the Garry Rogers Motorsport team for the next two years in the TCR Series,” said Caruso.

“I’ve had the opportunity to work with both organisations in the past, and I have so many great memories and still hold many life long friendships from those years.

“GRM as an organisation has a fantastic, hard working group of people which are like family to one another and that resonates with me.

“I watched the first season of TCR Australia and you can see the potential that it has.

“I knew I wanted to be a part of it, and it is even better that I get the chance to link up with Valvoline and GRM to do it.

“I know that as a team we have all of the right ingredients to make it successful.”

The deal will see Caruso in action not only during the TCR Australia Series proper, but at the Asia Pacific Cup to be held as part of the Formula 1 Rolex Australian Grand Prix undercard.

The Supercars race winner is also set to compete at the TCR Bathurst 500, the headline act at the all-new Bathurst International on November 13-15.