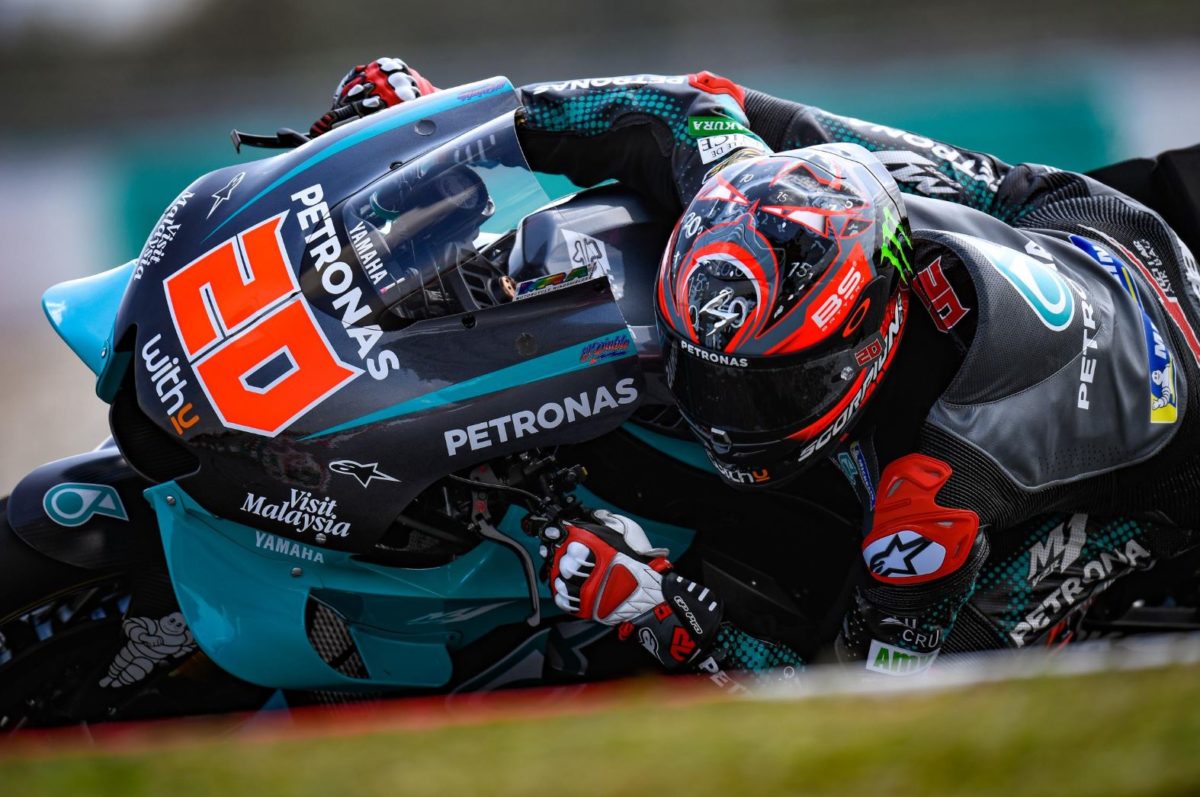 Yamaha’s Fabio Quartararo has topped the second day of MotoGP testing in Sepang ahead of Jack Miller.

Third fastest for the day went to Dani Pedrosa aboard a KTM, whose best was less than a tenth away from Quartararo’s.

Aboard a new Yamaha, Quartararo promptly set a 1:58.572 to follow on from his pace set the day prior, with team-mate Franco Morbidelli a quarter of a second down on an ‘A-spec’ 2020 machine, though reportedly without the new engine and air intake.

Morbidelli also fell during the course of the day, dropping his M1 at Turn 2 but was unharmed.

Miller had been fastest midway through the day, recording 50 laps and ending up just 0.069s away from top spot.

His fellow Ducati runners, Danilo Petrucci, Franceso Bagnaia, and Andrea Dovizioso could do no better than 13th, 14th, and 15th respectively.

Dovizioso triggered a brief red flag when he tumbled at Turn 6, the interruption to confirm the Italian was away from the track and racing line.

Supporting Pedrosa’s KTM pace was Pol Espargaro in eighth, recording nearly 50 laps despite an off at Turn 1.

His day was spent testing a new chassis with different set-ups, finding improvements in both grip and stability.

A late effort from Joan Mir saw the Suzuki rider end proceedings fourth fastest, his 1:58.731 putting him little more than a tenth off the ultimate pace.

Marc Marquez was the fastest factory Honda rider but only ninth fastest after a fall at Turn 3, and while the Spaniard was unscathed the same could not be said of his bike.

Track action at Sepang continues with ‘Sunday Funday’, the final day of testing before teams pack up and head to Qatar for the second pre-season test on February 22-24.

Next Story Quartararo stays on top in Sepang MotoGP test