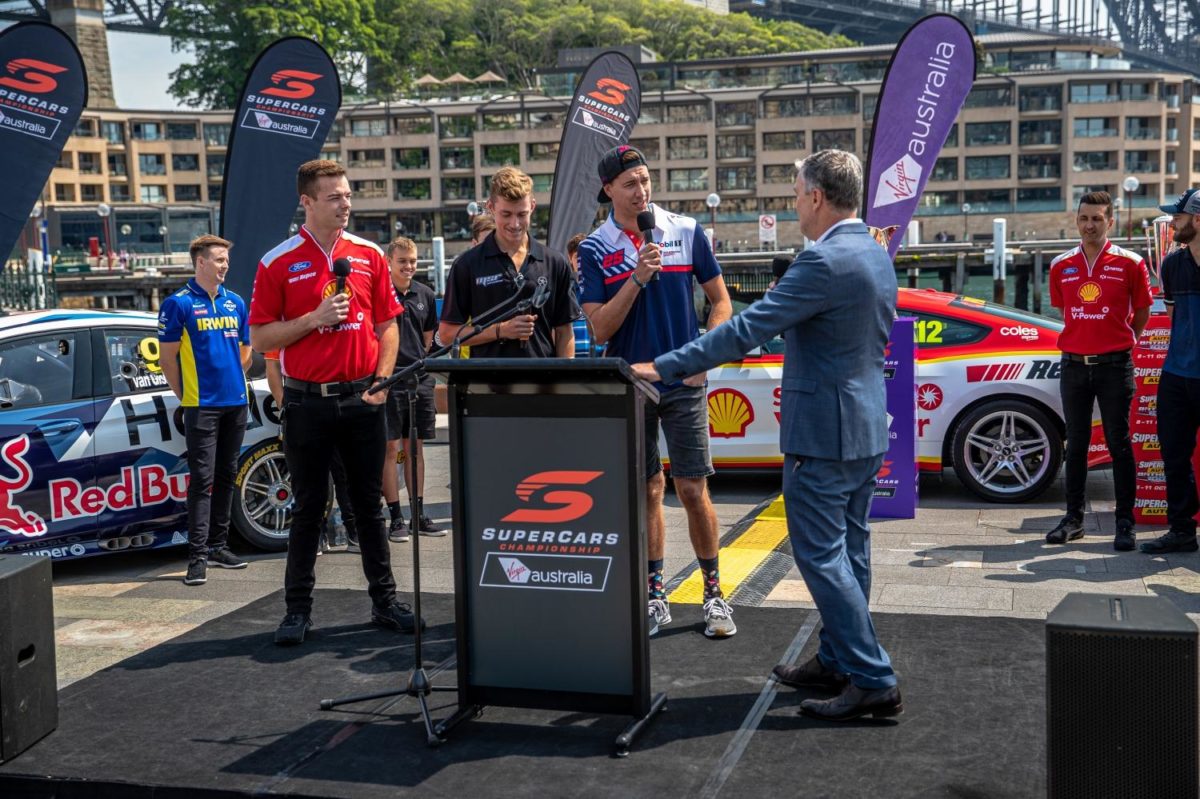 Chaz Mostert has explained how he came to have #25 for his first season with Walkinshaw Andretti United.

Mostert’s brand-new ZB Commodore will carry a number which has been seen only sparingly on the Supercars grids, including Super2, in the last decade.

Bryce Fullwood, who is also new to WAU for 2020, will race Car #2, but Mostert’s choice is a departure from the team’s other standard #22.

“The team asked me what I would prefer to run as a number,” he told Speedcafe.com.

“I thought it’s a real fresh start for the team, something different, it’s a full new driver line-up which they haven’t had in a long time.

“It’s a bit like Formula 1 – we don’t really do it in Supercars, which I feel sometimes is a bit of a shame – but (in F1) a driver gets attached to numbers.

“I’ve had a couple different numbers in my career and I haven’t really felt one with the number.

“For me, this is a real opportunity to have a number that not really anyone has run for quite a few years and hopefully give it some success, if that makes sense.

“I think it’s pretty cool; the two and the five looks like kind of a mirror image if you put a mirror between them.

“Hopefully we can do some fancy stuff on shirts or something and have some fun with it; it’ll be cool.”

MotoGP has long allowed riders to take ownership of their numbers, a practice emulated by Formula 1 since 2014, and the World Rally Championship from last year.

In Supercars, however, what are known as ‘Competition Numbers’ are formally allocated to the team and therefore move with Racing Entitlements Contracts more so than drivers.

Mostert has only ever used team numbers in his Virgin Australia Supercars Championship career, namely #12 for his debut season on loan to Dick Johnson Racing in 2013, #17 in that year’s Supercheap Auto Bathurst 1000 when his car took on the Greens’-Tuf retro livery, #6 upon his recall to Tickford Racing, and #55 when he was shifted to the Ford squad’s Rod Nash Racing REC.

Shane van Gisbergen’s #97 is the most prominent driver-linked number on the current grid, while Scott McLaughlin has again opted to keep the #17 of legendary team founder Dick Johnson rather than use the #1 he is entitled to as the preceding season’s drivers’ champion.

Publication of the list of car numbers last weekend reveals several changes, however, driven in part by the movement of RECs between various parties.

Team Sydney has retained the now traditional Tekno Autosports #19 for James Courtney, with its second entry to use the #22 that Mostert otherwise would have had.

Team 18 has picked up #20 for its new entry which will be driven by Scott Pye, while Kelly Racing’s Andre Heimgartner and Rick Kelly keep #7 and #15 respectively despite Braeside consolidating from four Nissan Altimas to two Ford Mustangs.

Despite having to buy two new RECs, Matt Stone Racing has held on to #35, a legacy ultimately of Matt Stone’s father Jim working on Andrew Miedecke’s Sierra in the 1980s, and added the #34 that came with the ex-Garry Rogers Motorsport REC.

At Brad Jones Racing, Macauley Jones will now drive Car #3, a number associated with REC owner Tim Blanchard from his 2007 Australian Formula Ford Championship win and 2015 season with Lucas Dumbrell Motorsport, while Jack Smith has the #4 that BJR’s wildcard entries had used for the last three years.

In the Dunlop Super2 Series, new Image Racing driver Will Brown has picked #999 as a nod to the #9 and #99 of Penrite Racing, which he will step up to on a full-time basis in 2021 after another year as one of its enduro co-drivers.

Tony Longhurst, or even Peter Brock, arguably have the closest ties to #25, while WAU did use it for the 2018 season to mark the anniversary of its Mobil 1 sponsorship.

It is also rolled out occasionally for WAU joint venture partner Andretti Autosport’s IndyCar squad, usually for an extra car at the Indianapolis 500.

Mostert, whose Mobil 1 Racing shirt sported a prominent #25 at last week’s Virgin Australia Supercars Championship season launch, will shake down his new ZB Commodore at Phillip Island on Wednesday, ahead of next week’s BP Ultimate SuperTest at The Bend.