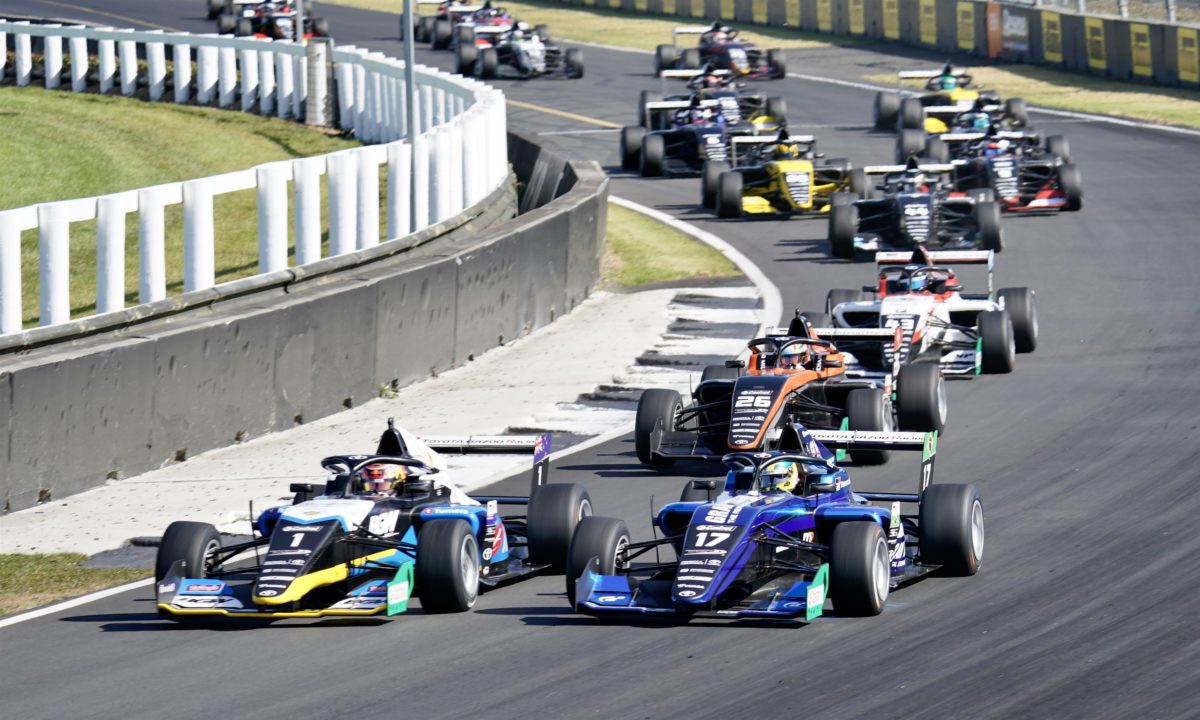 Liam Lawson has claimed the New Zealand Motor Cup courtesy of victory in the final Castrol Toyota Racing Series race of the weekend at Pukekohe.

Following on from his fourth earlier in the day, Lawson’s victory also seems him overhaul Igor Fraga to now hold an eight point championship advantage.

Fraga’s hopes evaporated early after he was turned around by Gregoire Saucy at Turn 4, dropping the series leader to the rear of the field.

The incident left Lawson unchallenged out front, surviving two Safety Car scares to head the pack by almost seven seconds at the flag.

“I’m very happy with this one, we missed out on this one last year,” said Lawson.

“It’s nice to have it this time and to turn this weekend around. We were very disappointed after last weekend.

“It’s unfortunate what happened to Igor at the start. Our pace was really good though. I’m not going to lie, we were flat out the whole race.

“It’s obviously better to be ahead on the points now than being behind but it’s still very close and I’m sure the weekend at Manfeild will be close too.”

Lawson and Fraga had initially diced, running side by side through the opening sequence of corners as the race begun.

However, Saucy tagged the rear of Fraga on the exit of Turn 4, dropping him out of contention.

A Safety Car for debris interrupted Lawson’s escape out front, but allowed Fraga to rejoin the train in 16th.

With Saucy penalised soon after the restart, Fraga was promoted another place, and made short work of Axel Gnos.

His charge continued and saw him rise back to eighth place at the flag, a result that saw him cede his 11 point series advantage.

The final round of the 2020 Castrol Toyota Racing Series heads to Manfeild next weekend for three races, the event culminating with the 65th New Zealand Grand Prix.