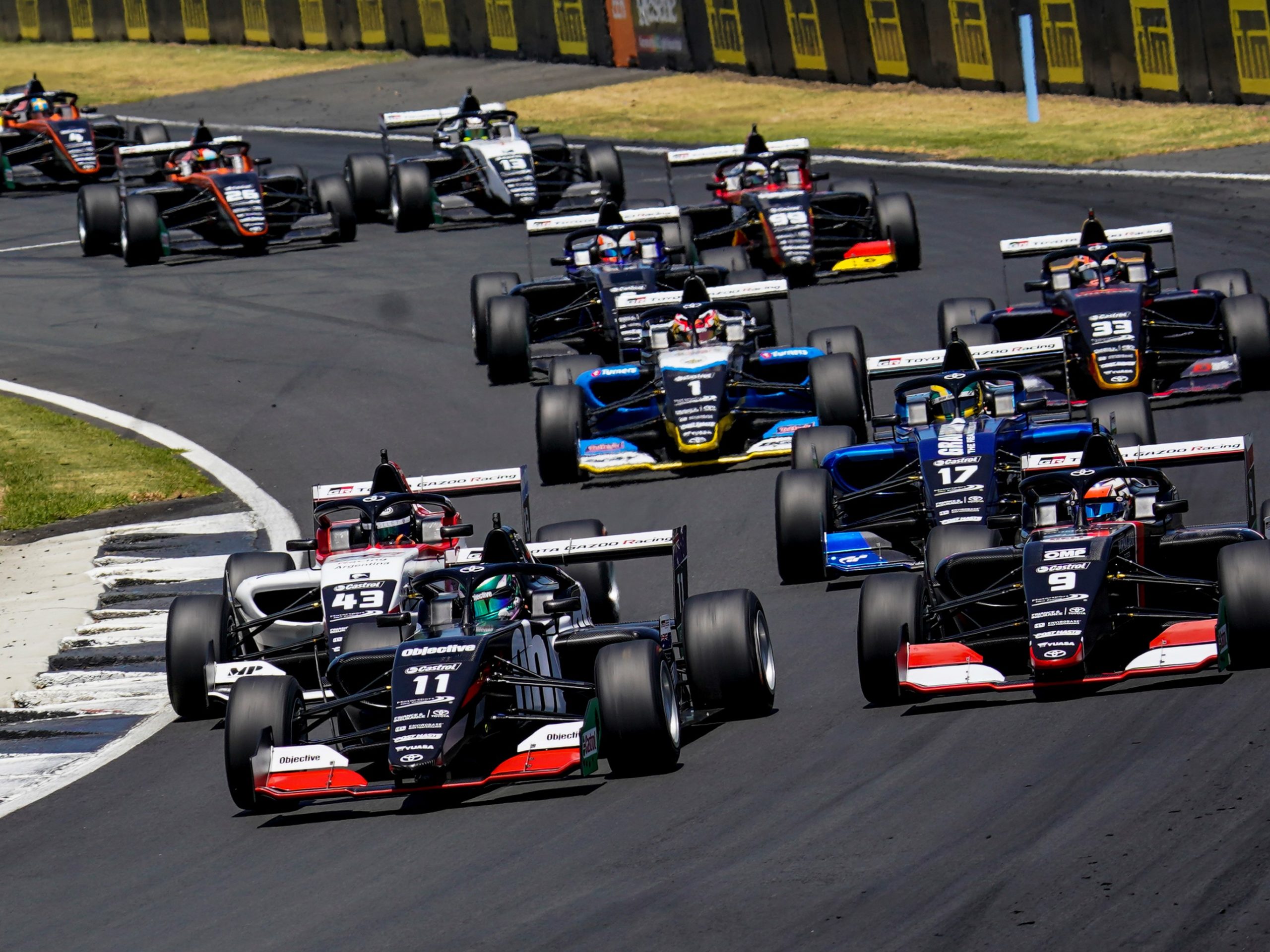 A raft of penalties after Race 1 meant Walls was promoted to eighth. That meant when the reverse grid top-eight marble was drawn he duly inherited pole position for Race 2.

MTEC Motorsport by R-ace GP stablemate Ptacek started alongside the young Australian, however, on the cleaner side of the road.

It was an even start between the two, but the inside line allowed Walls to get the holeshot with Ptacek in tow.

In what was an incident-free 20-lap curtain-raiser to the New Zealand Motor Cup, Walls sustained pressure from his Czech teammate to hold on and claim a narrow win.

“That definitely something I wasn’t expecting, I’m speechless,” said Walls.

“I haven’t been doing the best starts, but luckily I got a good enough one this time.

“I made a few mistakes, but I held on for the win. All the years of hard work have been put into this and honestly I couldn’t be happier.

“I felt Petr pressuring me a couple of times but I felt pretty comfortable the whole race. I told the boys to keep quiet as I had it under control.

The podium was rounded out by Franco Colapinto of Argentina who managed to hold off hometown favourite Liam Lawson in a frenetic battle,

The reigning champion looked likely to threaten Colapinto’s podium prospects, but the 16-year-old proved too hard to pass.

Igor Fraga managed to recover from an awkward start that saw him hung up on the kerbs out of Turn 4. He fell down the order briefly but came back to claim fifth place.

The final race of the Pukekohe Park weekend sees the 18-car field fight for the oldest motor racing trophy in the country; the New Zealand Motor Cup.