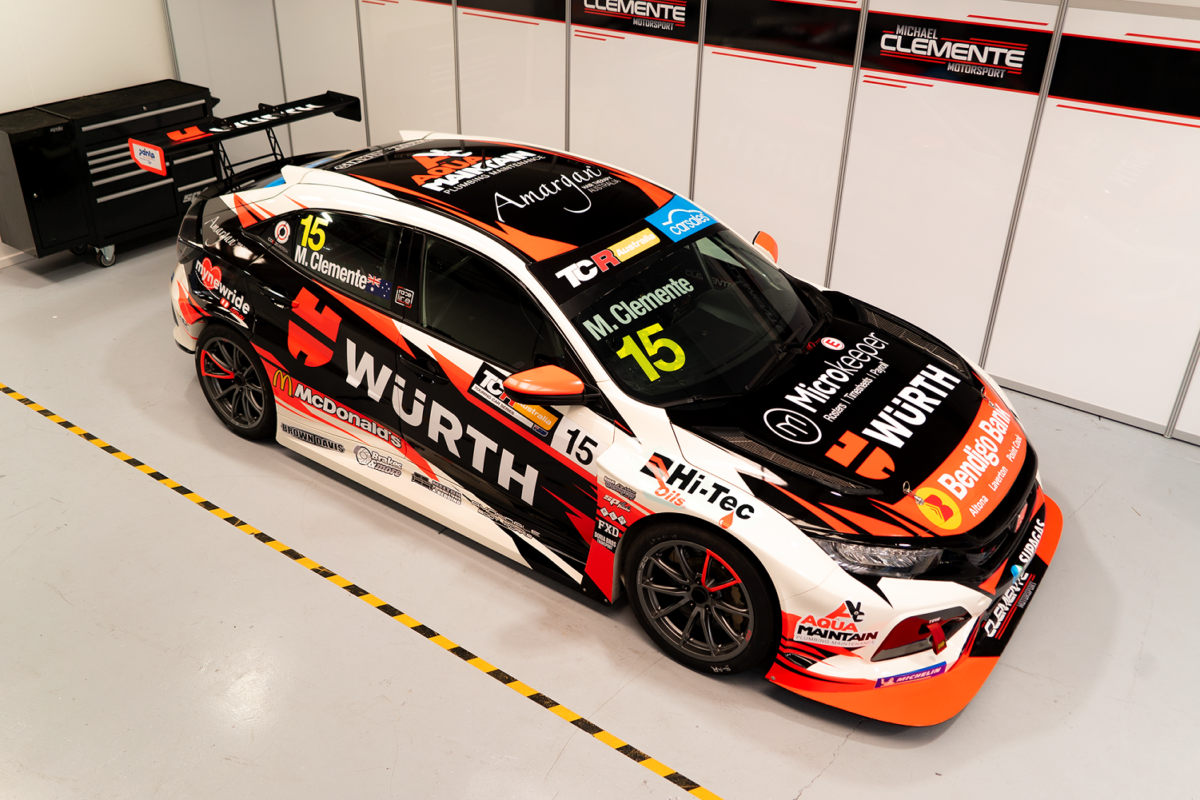 TCR Australia rookie Michael Clemente has revealed a fluorescent look for the race-winning Honda Civic which he has acquired for his debut season.

Clemente, who claimed the national Hyundai Excel title last year, has today shown off the look at the Geelong Kart Club where he cut his teeth.

The 20-year-old’s livery, designed by Check it Out graphics, features fluoro highlights to match the branding of major backer, Wurth.

“I absolutely love it. Asher and Simon from Check it Out have done a killer job,” said Clemente.

“They came in from Adelaide on Friday and worked on it all of Friday and Saturday and they’ve done a brilliant job.

“I couldn’t be happier. The black, the white and the fluoro orange has all come together really nicely.”

Clemente’s Civic Type R was run out of Wall Racing last year, when World TCR driver Nestor Girolami took it to a sweep of the Sandown round.

Expectations are more modest to begin with for Clemente himself.

“We have some expectations for the end of the year, but for the first couple rounds, we need to settle in and find our feet,” he added.

“We won’t be going for wins and podiums at the start.

“I’m sure we’ll get there in the end, but there will be lots to learn and it will take some time.”

Clemente will also contest the carsales TCR Asia Pacific Cup, which precedes the first points-paying round of the TCR Australia season, at the Formula 1 Rolex Australian Grand Prix.

“It’s a new track for me, so it will be something different,” he said of Albert Park.

“We are up for the challenge on a fast flowing circuit in front of a lot of people, so it’s going to be awesome.”

Clemente and the rest of the field is set to cut laps at Winton for the pre-season test on February 26, while the TCR Asia Pacific Cup will be held from March 12-15. 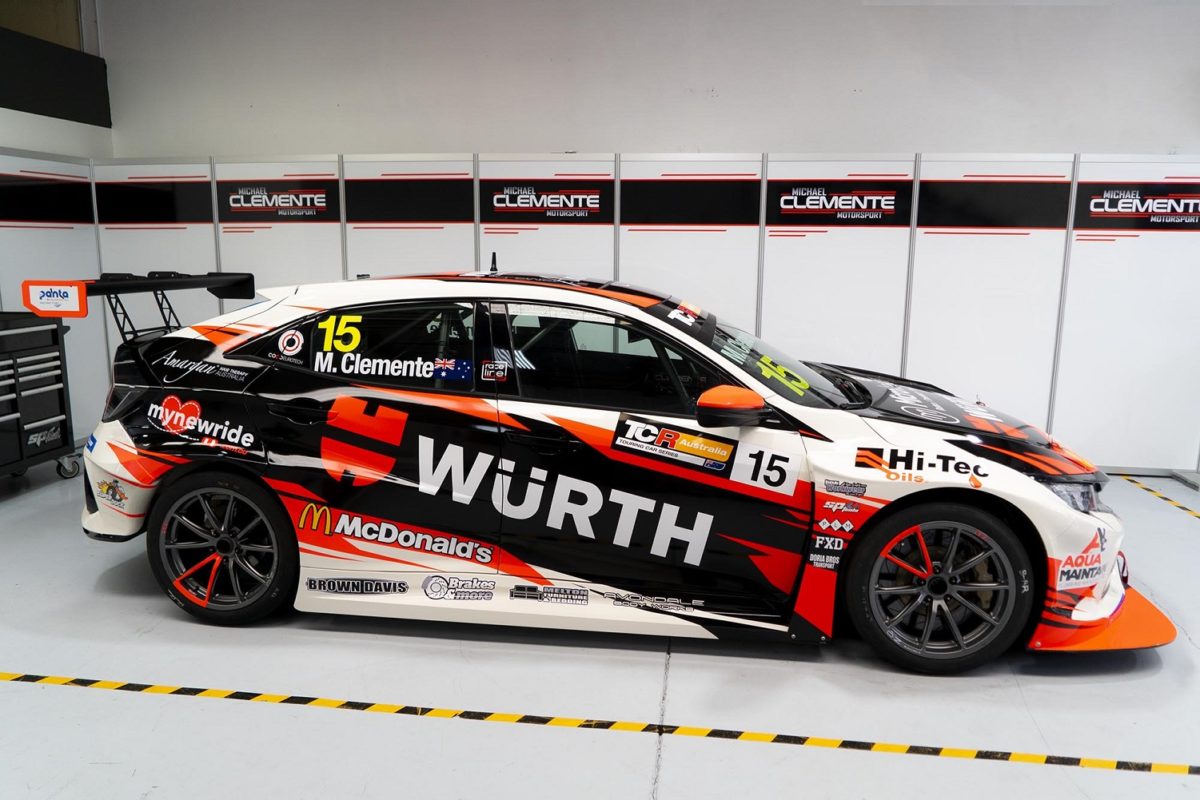