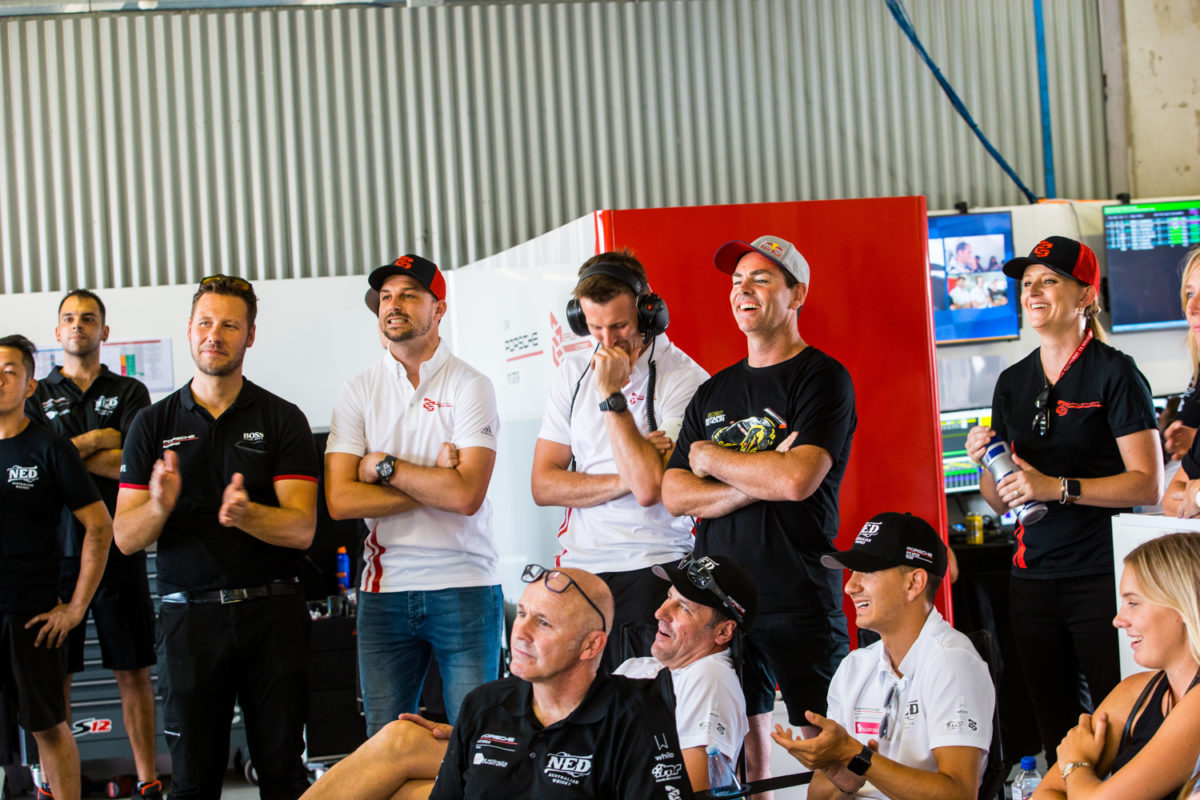 Earl Bamber is keen to race again with Craig Lowndes after partnering with the veteran at last weekend’s Liqui-Moly Bathurst 12 Hour.

Lowndes joined Bamber and his IMSA SportsCar Championship winning co-driver Laurens Vanthoor for the event, which saw them net ninth after struggling with brake issues.

But while the Bathurst race didn’t go to plan, Bamber is keen to have more outings with Lowndes part of the team.

“It was awesome having Lowndsey, he’s a true racer,” Bamber told Speedcafe.com.

“He’s down to earth and loves racing.

“Didn’t complain about a thing – we had the issues with the brakes, he started and nothing over the radio, just did such a solid job.

“He’s a pleasure to have in the team.”

Lowndes has made no secret of his desire to compete in the 24 Hours of Le Mans, with many regarding his outing with EBM at Bathurst a step towards that goal.

The event witnessed Lowndes’ debut in a Porsche, a marque which – unlike the Triple Eight Race Engineering entered Mercedes-AMG GT3 – competes at the French classic.

While EBM does not field a car in the event, Bamber revealed there are plans for at least a ProAm entry at the 24 Hours of Spa-Francorchamps.

“It would be cool to have him (Lowndes) back,” Bamber said.

“We’re looking at some ProAm stuff at the moment in Spa, and then work at the next steps on what we can do for Pro.”

In addition to his driving prowess, Bamber believes Lowndes’ local knowledge was a real advantage, especially as weather threatened the closing stages of this year’s 12 Hour.

“Having that local knowledge; where to put the weather forecasters to spot the weather and stuff like that, or what direction the track goes, all those little details; he knows this place.”

For Lowndes’ part, his immediate focus remains on working as a pundit for Fox Sports’ Supercars coverage, but is open to opportunities that may present themselves, reasoning his outing in a factory supported entry can only have helped his chances.

“It’s great to be in one of the factory Porsches with all the big bosses here this weekend,” Lowndes told Speedcafe.com over the Bathurst 12 Hour weekend.

“Earl’s obviously been with us in Supercar world and we’ve known each other for a long time.

“Where we go beyond here is up to the calendar and what we do.

“Obviously the Fox connection and the commentary with Fox is obviously there for me to continue this year. We’ll just can see what we can slot in in between.”

A berth at the 24 Hours of Spa is not out of the question, with the Belgian event set to run across the July 23-26 weekend – a week after Hidden Valley hosts the BetEasy Darwin Triple Crown.