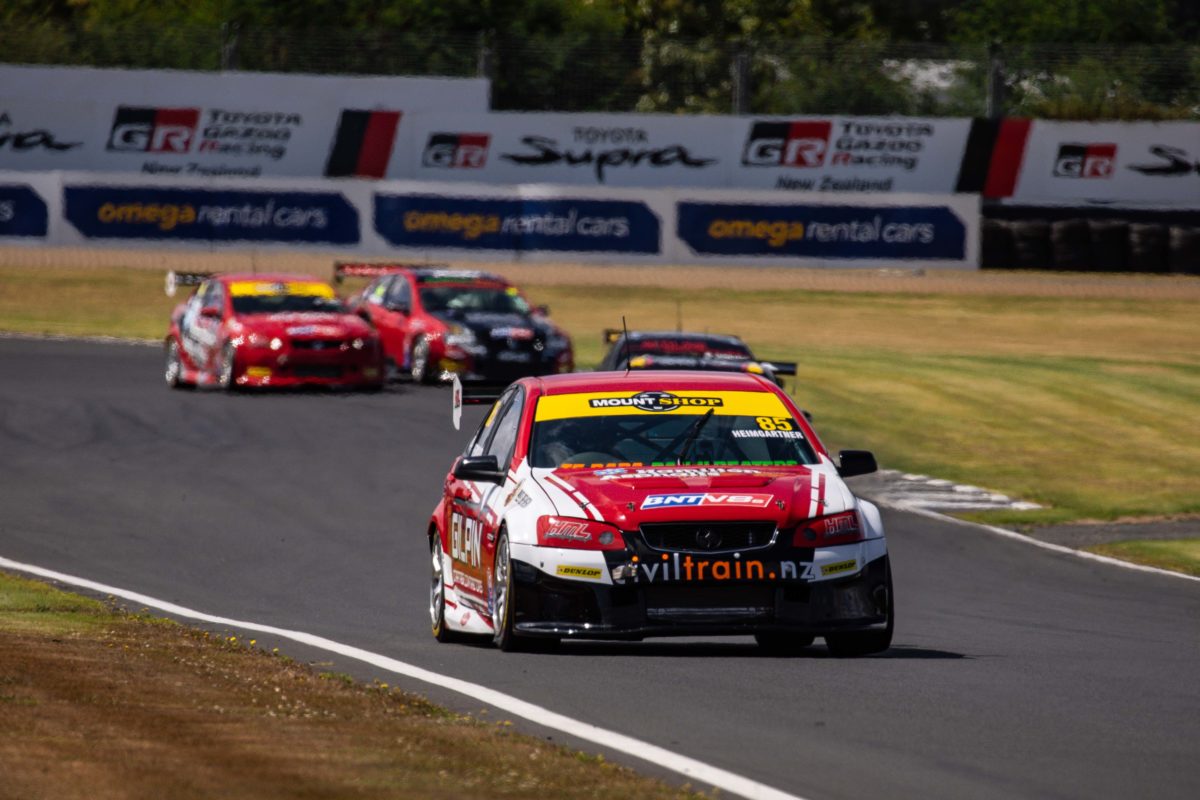 Collins was first to the flag in his Open Class Ford Mustang ahead of BNT V8 class leader Heimgartner in the first of three races this weekend.

Alexandra Whitley in her Toyota Camry was second in BNT V8 class with the Holden Commodore of Rob Wallace in third.

The Open Class podium was rounded out by Blair McDonald and Eric Hennephof.

From the start Heimgartner and Whitley battled for the lead through the opening sequence, before the latter out braked herself and dropped back.

That left Heimgartner out front, though he dropped time when he inadvertently triggered the pit lane limiter when trying to make a radio call as he headed down the back straight.

Though he soon rectified the problem, the delay allowed team-mate Lance Hughes and Collins to slip through into the lead.