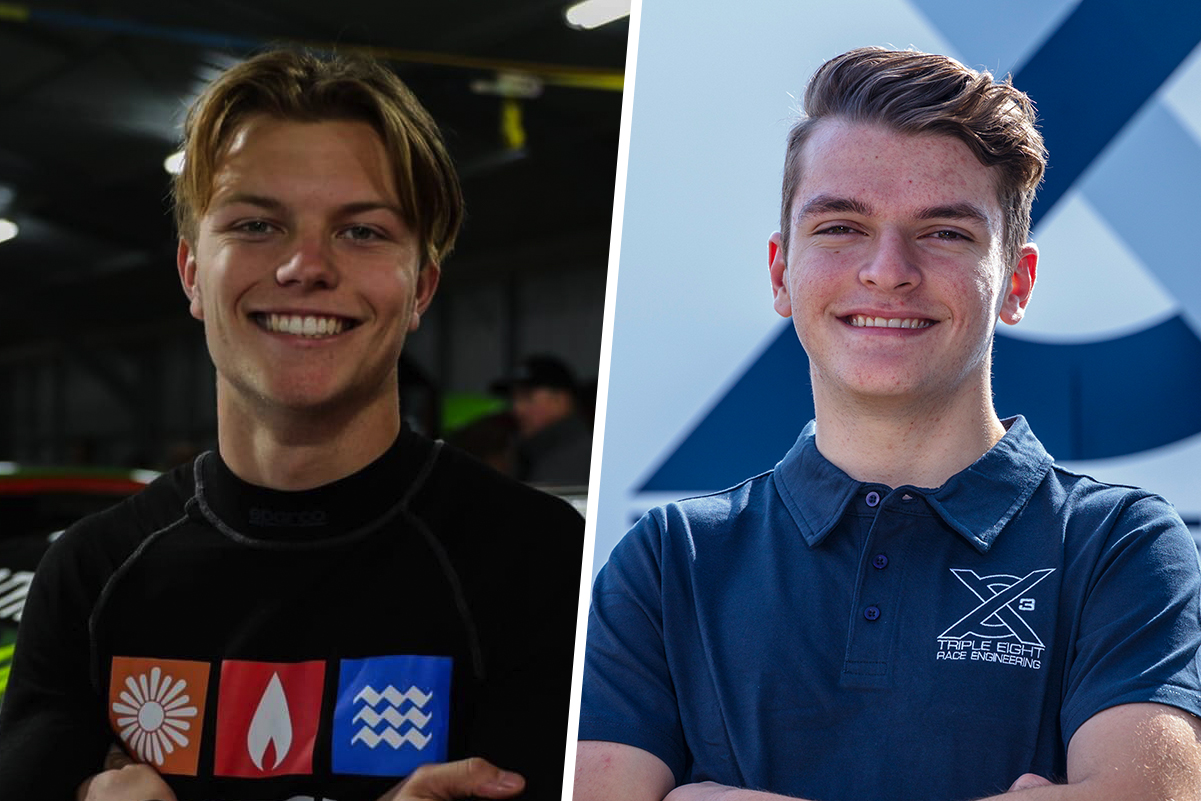 Nick Percat believes that protégé Angelo Mouzouris and Brad Jones Racing stablemate Josh Fife are ahead of the curve as they approach their rookie seasons in the Dunlop Super2 Series.

Mouzouris has moved into the Triple Eight Race Engineering stable off the back of winning the Australian Formula Ford Championship while Fife makes the step after a race-winning first season in cars in Super3.

Percat’s ties with the former are a result of his ongoing involvement with Sonic Motorsport, with which he too won the Formula Ford title, and the 31-year-old even helped Mouzouris link up with Triple Eight.

“Mid last year he had a big step up in Formula Ford and he kind of had to,” Percat told Speedcafe.com.

“We went through a lot of things with him off track and on track and he got his stuff together and won the championship in Formula Ford.

“Then he did the evaluation with us (BJR) and did quite a good job, so I kind of helped him get a good drive in Super2 and put him in contact with the right people.”

Having seen Mouzouris drive a Supercar in that evaluation day, which took place late last year, Percat said Mouzouris adapted to the touring car quite well.

“He was impressive,” stated Percat.

“Obviously he’d only driven a Formula Ford and he jumped in the car and he was relatively on it straight away.

“I helped him with some onboard and bits and pieces and, but the way he drove the car was quite good and his feedback was quite good.

“We had some pretty speedy Super2 drivers there that had been at the front and he was extremely close to them in lap time in the same car and same tyres.”

Percat will continue to mentor Mouzouris, who is now a rival to another BJR driver in Fife.

The Canberran displayed obvious potential in karting, becoming the youngest national KZ2 champion in 2017, and progressed to the point where he won the final two races of the 2019 Super3 Series.

Percat praised Fife’s work ethic and made similar comments about him being better than his level of experience.

“He was really good come the end of the year in the Super3 car and he’s a good kid,” said the Supercheap Auto Bathurst 1000 winner.

“He works hard and is quite dedicated to it, which is good to see.

“I think we get a lot of drivers these days that come in and think it’s all kind of gifted to them, but I like seeing the guys that work hard for it and dedicate everything to it to try and get the best result, and he’s one of those kind of guys.

“He’s got a lot of natural ability and I went for a ride with him at Eastern Creek on a ride day and I was like, ‘Huh? Hold on a second, this kid’s quite good for the experience.’

“I’ll be surprised by the mid- to late-year if he’s not at the pointy end.

The Super2 Series starts at the Superloop Adelaide 500 on February 20-23.