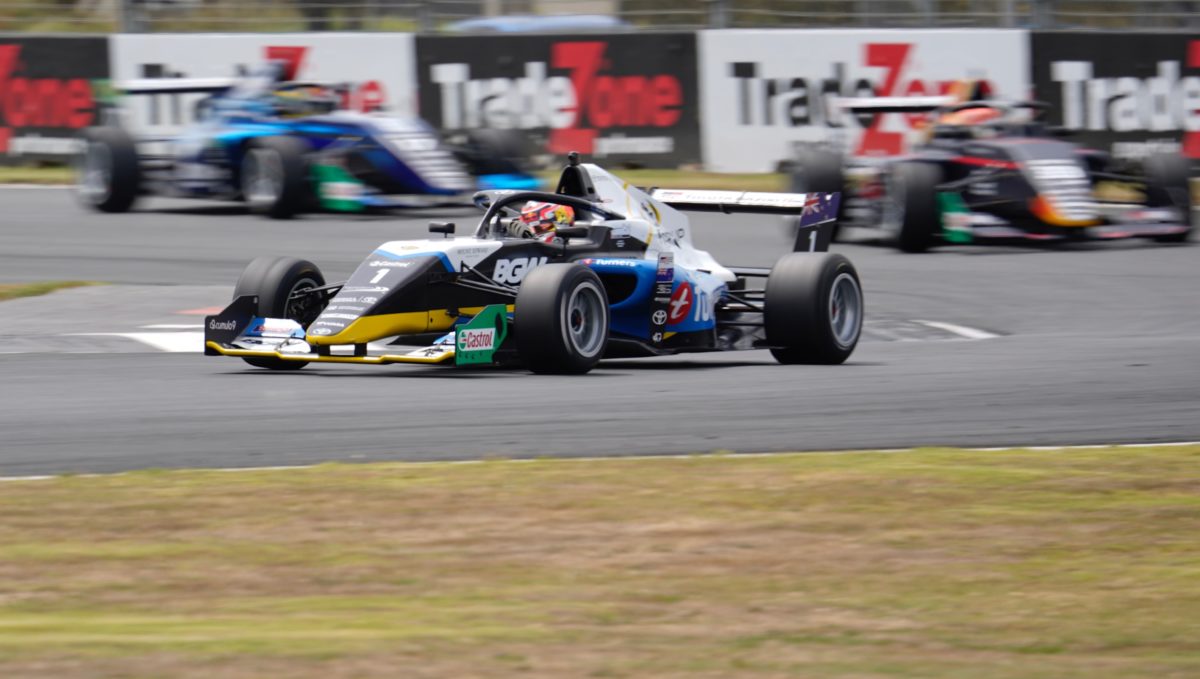 Local youngster Liam Lawson claimed victory in the opening Castrol Toyota Racing Series race of the weekend at Pukekohe in an interrupted affair.

The Kiwi led home Yuki Tsunoda and Igor Fraga in the first of the weekend’s three races, M2 Competition locking out the top four places.

Lawson was beaten away from the lights by Fraga, but quickly passed him into the Turn 5 complex on Pukekohe’s back straight.

Fraga, who lost two places in the move, was left to battle Yuki Tsunoda for the remainder of the 20 lap race, which was interrupted twice for incidents involving Emilien Denner and Caio Collet.

Denner’s Lap 5 incident at Turn 4 stopped the race as the car ended up buried in the tyre wall, initially drawing the Safety Car before the red flag was shown.

A clean restart saw Lawson maintain his advantage while Fraga was unable to find a way through on second placed Tsunoda.

Collet’s crash at mid-distance wiped Lawson’s advantage as the Safety Car was called, the field under its control for five laps.

Released for the final time with five to go, Lawson again pressed home his advantage to take the win, fourth placed Ido Cohen recording his best result of the campaign.