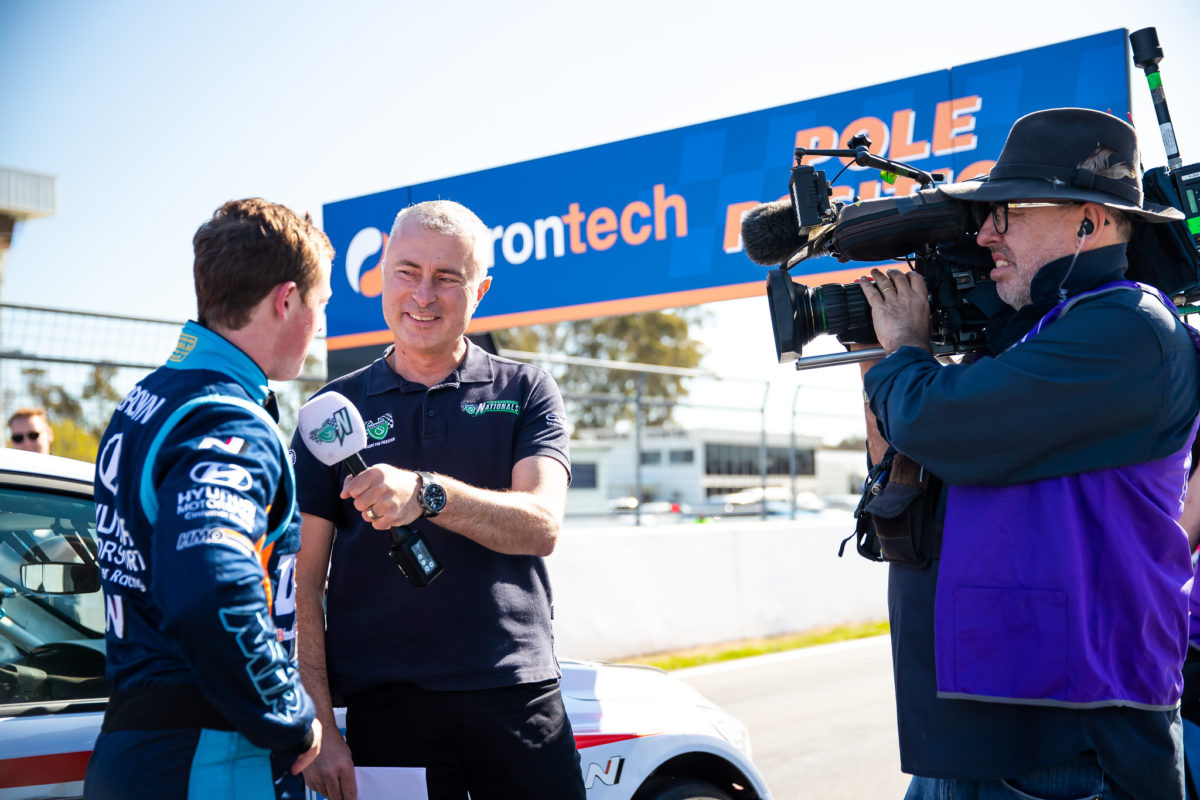 The deal means that Supercars Media will be responsible for television coverage of TCR Australia, S5000, Touring Car Masters, ARG’s new Trans Am Series, and the V8 Touring Cars series.

It is also now tasked with the broadcasts for the full set of televised Bathurst events, namely ARG’s new Bathurst International and Hi-Tec Oils Bathurst 6 Hour, plus Supercars’ own Supercheap Auto Bathurst 1000 and Bathurst 12 Hour.

All seven rounds of the Shannons Motorsport Championships will be broadcast live on the Seven Network, as previously announced, with full coverage of Saturday and Sunday track action live on its 7plus streaming service.

ARG has also foreshadowed a new commentary line-up as part of the production announcement.

Behind the scenes, Andrew Janson has been named as ARG’s Executive Producer of Broadcast and will work with Supercars Media’s General Manager of Television and Content, Nathan Prendergast, while Nicole Cornelius will serve as series producer.

“Having worked with Nathan and the team in Supercars Media in the past, there is no doubt they one of the best producers of motorsport in the world,” said ARG CEO and former Supercars managing director, Matt Braid.

“Their reputation is unrivalled as is evident by the number of awards they have won and the influence they have had on global motorsport broadcasts.

“It also ensures that the vision that the fans see, both on their televisions at home, online through social applications and via the live stream, will be of the highest standard.

“It’s fantastic that we have been able to come to an agreement that will bring TCR Australia, S5000 and our other great categories to life, not only on the live and free Seven broadcasts, but also on the 7plus streaming application.”

Prendergast added, “Supercars Media is excited to be able to deliver the broadcast product for ARG and Motorsport Australia in 2020.

“Our speciality is world class motorsport TV, so it’s a natural fit for us to collaborate with ARG to ensure fans get a level of coverage they expect.

“Having worked closely with their team for many years I’m confident we have the right team to make outstanding motorsport television.”

Supercars Media was in fact formed as V8 Supercars Television to produce telecasts for Seven when the long-time home of the Australian Touring Car Championship won back the rights in 2007.

It has remained in place through the current contract with Fox Sports and Network 10, winning Logies for Most Outstanding Sports Coverage for its Bathurst 1000 telecasts on both free-to-air networks.

Round 1 of the Motorsport Australia Championships takes place at Sydney Motorsport Park on March 27-29, the Bathurst 6 Hour is set down for April 10-12, and the inaugural Bathurst International will be held on November 13-15.