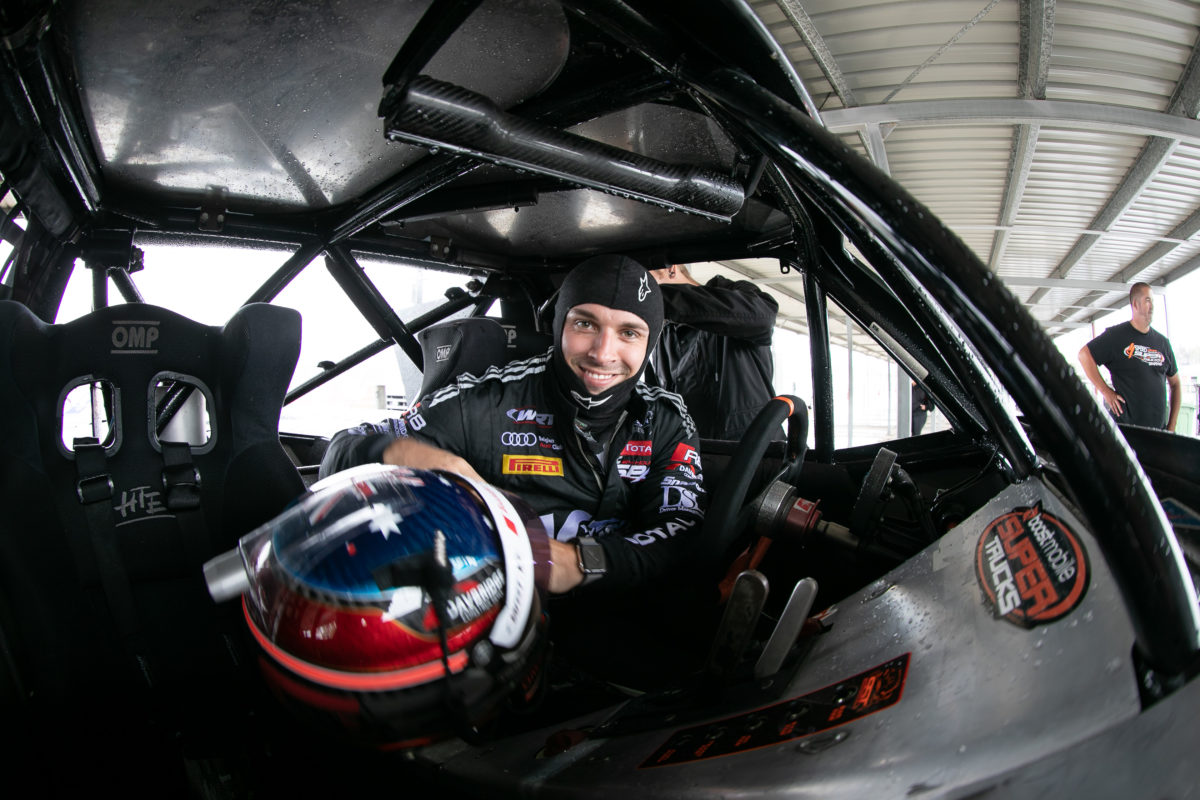 Former Supercars driver Shae Davies is the latest name to be confirmed for the opening round of the Boost Mobile Stadium Super Trucks Series at this month’s Superloop Adelaide 500.

Davies completed a test and evaluation day in pouring rain at Queensland Raceway yesterday and has been confirmed as part of the Australian contingent for the three-round Australia v USA Series which starts in Adelaide on February 20-23 before races at the Pirtek Perth SuperNight (May 15-17) and Gold Coast 600 (October 30-November 1).

He will also be a part of the five-round standalone Australian SST Series which will include races at the Supercar events in Tasmania, New Zealand, Townsville, Darwin and at Sydney Motorsport Park.

More Australian drivers are expected to be announced in coming days, including off-road ace Greg Gartner and international Dakar legend, Toby Price, before Robby Gordon’s US contingent is confirmed.

Davies competed in the Australian Formula Ford Championship for three years from 2010 to 2012 and finished fourth in the title chase in his final season.

He won the Kumho V8 Touring Car Series in 2013 and had three years in Porsche Carrera Cup, finishing fourth with McElrea Racing in 2014.

He finished 12th in the 2018 Super2 Series with Paul Morris Motorsport before heading to the GT World Challenge Europe (nee: Blancpain) last season.

“I am excited to be racing on the streets of Adelaide in a Stadium Truck,” said Davies.

“I’ve been lucky enough to race in Adelaide quite a few times but to do so in one of these weapons is just going to be unreal.

“This is obviously a new challenge for me coming from Supercars and GT, but one that I cannot wait to kick off.

“When I first drove the truck I was in awe of what they can do and how much fun you can have. Racing up the main straight in Adelaide and leaping through the air will just be insane.

“The first event will be a steep learning curve. I’ll take the time to learn the series, its competitors and how the boys hustle.”

Category General Manager, Nathan Cayzer, said there are plenty of more surprises to come with the future driver rollout.

“The remainder of both the Australian and US teams for the Adelaide 500 will be confirmed in the coming days,” said Cayzer.

“It is exciting for Robby (Gordon) and I to have such highly credentialed Australian drivers join the series like Paul Weel and Shae Davies as well as future young stars like Luke Vanna.

“And there are plenty of great names to come for Adelaide and the remainder of the season.”

The Adelaide round begins with two practice sessions on Thursday, February 20 and includes a total of four races.