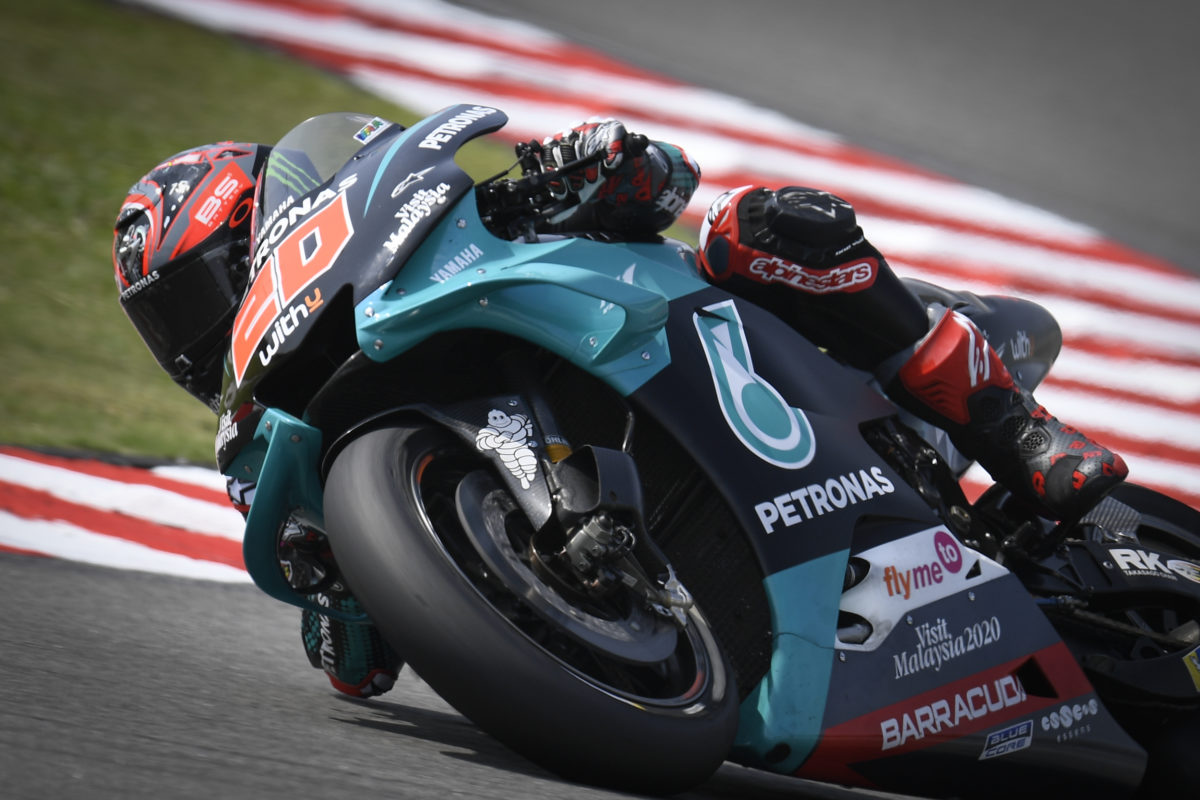 Quartararo spent much of the day on top with his 1:58.945s, while Morbidelli closed to 0.051s behind before the lunch break and they remained first and second for the balance of proceedings.

Alex Rins ended up exactly a quarter of a second off the pace for Suzuki Ecstar while Cal Crutchlow was fourth on his Castrol LCR Honda.

Andrea Dovizioso was the first of the Ducati Team riders in 11th with team-mate Danilo Petrucci 14th.

Splitting them were the Marquez brothers of Repsol Honda as Marc, who is not fully fit due to off-season shoulder surgery, took 12th and rookie Alex was 13th.

Pramac Ducati’s Francesco Bagnaia finished 17th while Lorenzo Savadori, who has been called into the Gresini Aprilia ranks due to Andrea Iannone’s ongoing doping case, propped up the timesheets in 26th at 4.205s off the pace.

Rain fell midway through the day before more falls brought a slightly early end to the program.

Testing continues on Saturday from 13:00 AEDT.