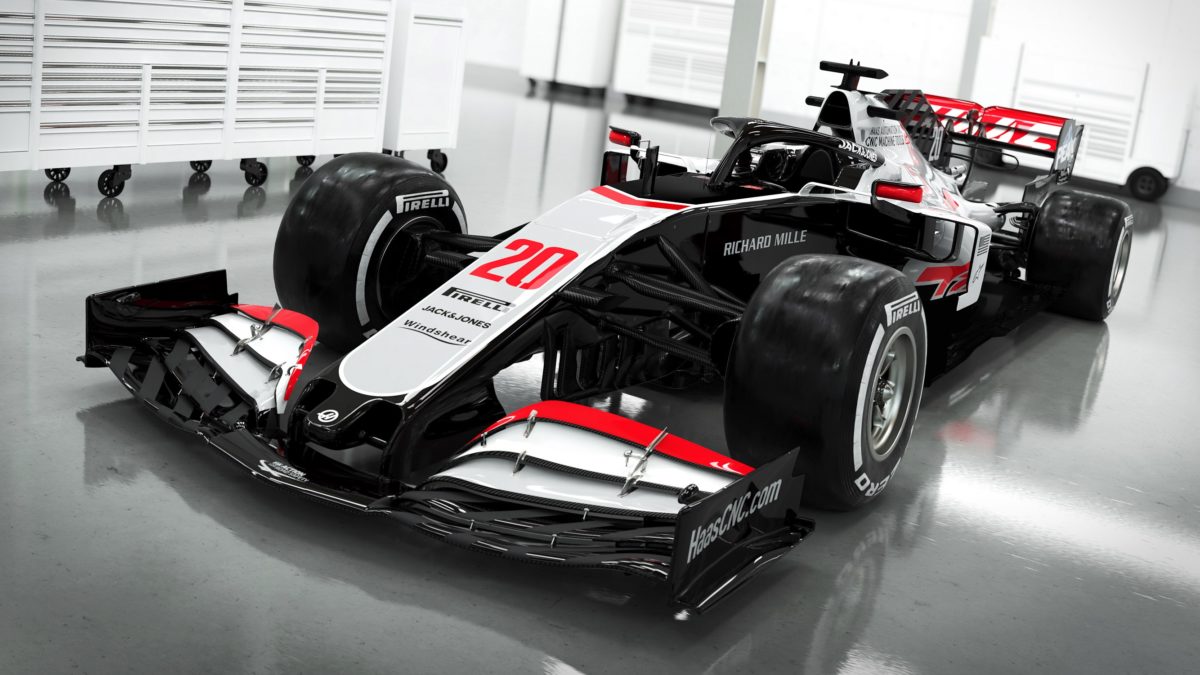 Haas F1 Team has released images of the VF-20 which it will race in this year’s Formula 1 championship.

The American team has reverted to more traditional black, white, and red hues after taking on Rich Energy’s colours in 2019 in an ill-fated deal.

That year was also extremely tough for Haas from a sporting perspective as it slumped to ninth in the constructors’ standings off the back of a fifth in 2018.

Team boss Guenther Steiner labelled the VF-19 “the strangest car I have ever worked with” and Haas spent time running its cars in different specifications at times in an attempt to isolate what was actually deficient in its aerodynamic package.

Speaking on the digital release of the new Haas car, Steiner said, “It’s always exciting to see the development of a new Formula One car and undoubtedly the VF-20 has to deliver where our previous car didn’t.

“With the regulations remaining stable into this season, it’s allowed us to improve our understanding of the car and to scrutinize ourselves more in order to find solutions and applications to channel into the design of the VF-20.

“Last year was definitely a setback, one I would never have asked for, but you learn from such situations – we all have.

“Everybody at the team was forced to look at themselves and understand what they can do better. I’m looking forward to seeing the VF-20 make its track debut.

“As always in testing, you want many things, but lots of mileage, reliability and speed would be welcomed as we ready ourselves for the first race in Australia.”

“Frankly, I’m hoping the VF-20 will return us to the kind of form we ran in 2018 when we finished fifth in the constructors’ championship.

“2019 was a tough season to endure. We’ve been through a real education process, one that comes to all Formula One teams at some stage.

“I’m trusting we’ve learned from those lessons and have applied that knowledge into making the VF-20 a more competitive entry.

“It’s important to me that we’re back in the mix and consistently scoring points, we certainly have the capability and we’ve proved as an organization we can do it.”

Haas ultimately decided to retain Romain Grosjean for 2020 and the Frenchman makes for an unchanged driver line-up alongside Kevin Magnussen, with Steiner identifying stability as a key benefit at the time of contract announcement.

The VF-20 will be physically unveiled on the first day of pre-season testing at the Circuit de Barcelona-Catalunya at 08:00 local time on February 19.

Magnussen will drive for the first day of that three-day test, Grosjean will take the wheel for the second, and they are likely to share the final day.