Every car, driver to feature in new Bathurst 12 Hour book 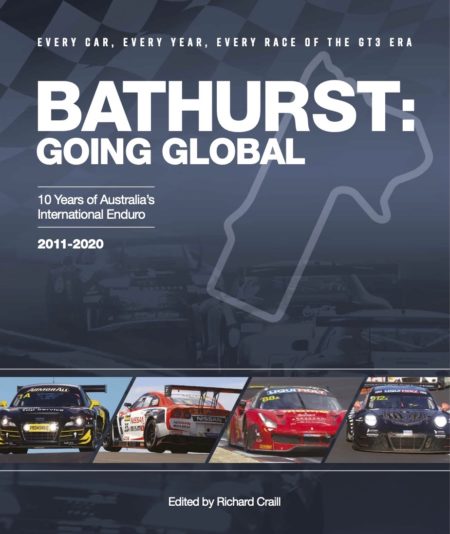 From the Bentley that finally conquered Mount Panorama to the tiny trio of Fiat Abarth 500s that gave future star Matt Campbell his maiden start, a new book is set to feature a photo of every car that has attempted to tackle the Liqui-Moly Bathurst 12 Hour.

Titled Bathurst: Going Global – 10 Years of Australia’s International Enduro 2011-2020, the book will serve as the ultimate history of the first decade of the race’s GT3 era.

Edited by long-time voice of the race Richard Craill and published by Aaron Noonan’s AN1 Media organisation, the 320-page, hardcover, limited edition collector’s book, will chart the event’s rise in global esteem and importance across the last decade.

Since the decision to focus the race’s outright class on exotic GT3 machinery for 2011, the race has attracted both factory and factory-supported entries from many of the world’s most revered and prestigious automotive brands, including Aston Martin, Audi, Bentley, BMW, Ferrari, Honda, Lamborghini, McLaren, Mercedes-AMG, Nissan and Porsche.

Illustrated by over 500 stunning images from elite photographers Andrew Hall and Dirk Klynsmith, the book will feature a photo of every car to have competed in the Bathurst 12 Hour from 2011 through to 2020 including non-starting and non-qualifier cars.

Each race will also be summarised in a dedicated chapter, recapping the events from that year’s running plus its wider context in the growth of the race with reflections from key players, winners and influencers from across the decade.

The book will feature a comprehensive list of results from each race from 2011 to 2020.

Available for pre-order, Bathurst: Going Global – 10 Years of Australia’s International Enduro 2011-2020 complements recent fast-selling books by the publisher that documented every Holden and every Ford to compete in the Bathurst 1000. 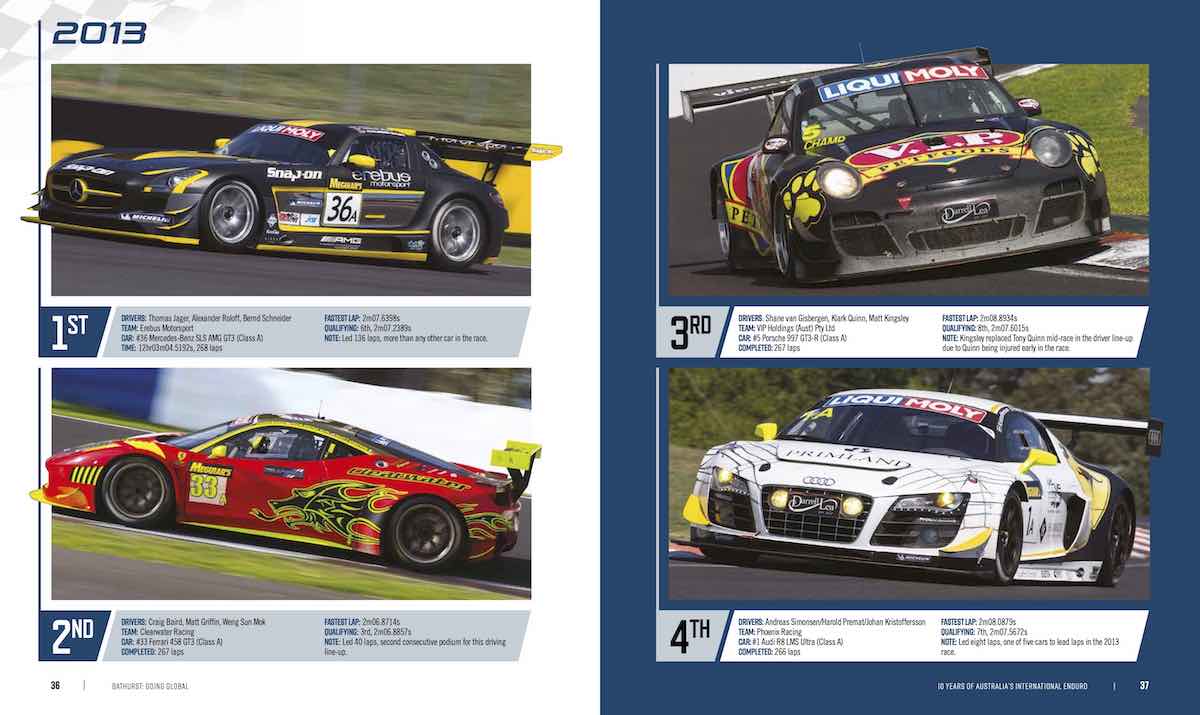