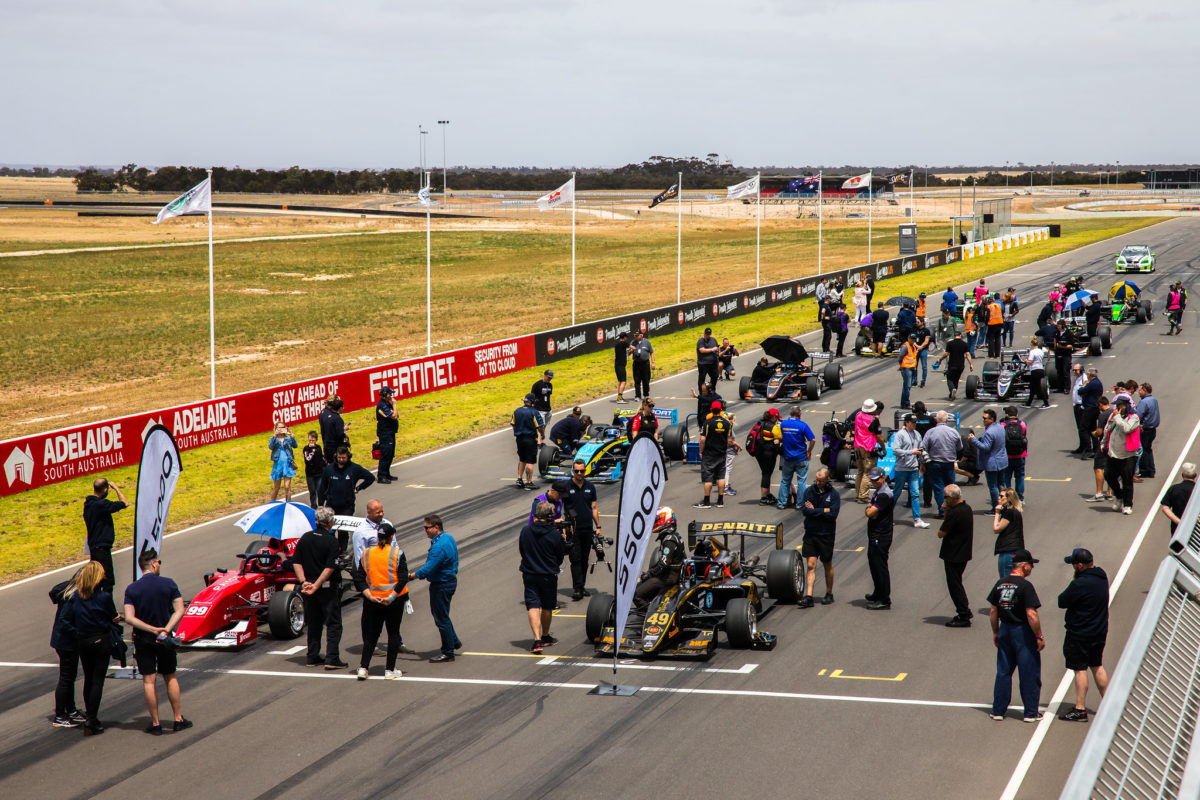 A 15-car S5000 grid is expected at the Formula 1 Australian Grand Prix next month where the series will host its first official round.

Debuting last season, the category hosted two non-championship events, the first at Sandown and the second at The Bend as part of the Shannons Motorsport Australia Championships.

The coming year marks its first as a fully-fledged competition, with six rounds spanning from Albert Park in March to Sandown in September.

A final non-championship event is set for the Bathurst International in mid-November.

Preparations for the season are well underway, with Garry Rogers Motorsport having taken delivery of three new chassis in recent weeks.

That takes the total number of available cars to 17, with the majority expected to be in action at Albert Park.

Rogers expects the bulk, if not the entirety, of the field to feature local racers looking to compete in the full season, and will only explore bringing in an international guest driver following an open test at the end of the month.

Though keen to have the Brazilian veteran back, that invitation hasn’t been extended just yet.

“He (Barrichello) did a tremendous job at Sandown not only in driving the car but his feedback on a whole lot of things were very, very helpful to us,” Rogers said.

“But we believe that if we can fill them locally, given it is the first round of our championship, that’s our first preference.

“If there is an opportunity for a car for Rubens, we’ll certainly welcome him back.”

Helping to stimulate interest is a reduction in costs in running the cars, with Rogers stating lease arrangements for a full season sit around the $200,000 mark.

It was expected costs would be somewhere north of that figure, but savings have been found with tyres, brakes, and engine rebuilds.

“We’ve really streamlined things over the summer period about bits and pieces on the car,” Rogers explained.

“They’re a really, really affordable package this year where they can still buy a car of course but they can lease the car and run it, you could run the series under $200,000 this year.

“From a motorsport perspective, I think you’d struggle to run a Formula Ford for that these days. It’s very much on the affordable level.”

That figure excludes crash damage, a point conceded by Rogers who suggests incidents are part and parcel of motorsport competition.

“You tear a front wing off it or something like that, it’s not different to a splitter on a Supercar,” he said.

“You destroy a car, that suddenly becomes very expensive, that’s the same as any other form of motorsport.

“But just general racing, generally you find these open wheel guys are a little bit more respectful than tin top racers because they’re well aware that if you make contact you’re most likely out of the race.”

Of the current fleet, two cars have lease-to-buy options, with Rogers preferring to lease cars in an effort to maintain greater control over the fleet during the category’s formative stages.

“We probably prefer to lease them to be honest with you, but if someone wants to buy them, you can buy them,” he explained.

“If you said ‘What is the reason you prefer to lease them?’ that reason is because we’ve got more control about what goes on.

“We don’t necessarily want to be selling cars and people putting them in their sheds and only racing them three or four times a year.

“The reason, particularly initially in the development of the S5000 series, we believe its better that if we could, if we did lease them and maybe give people an option to buy them at a particular point within that lease, that at least keeps the cars out there and racing.

“It would be different if there were 50 cars in the country, we’d build 50 of them and it doesn’t matter then if 30 were in people’s garages around the place.

“But when, at this point there’s 14 cars (and) we’re in the process of building three at the minute – there will be 17 by the Grand Prix and another three after that – you really can’t afford to be parked up in people’s garages because they don’t want to race them this weekend.”

A test is set to take place at The Bend at the end of February, after which an invitation will be extended to international drivers if a car is available.