CEO: Ducati riders do not have to be Italian

CEO: Ducati riders do not have to be Italian 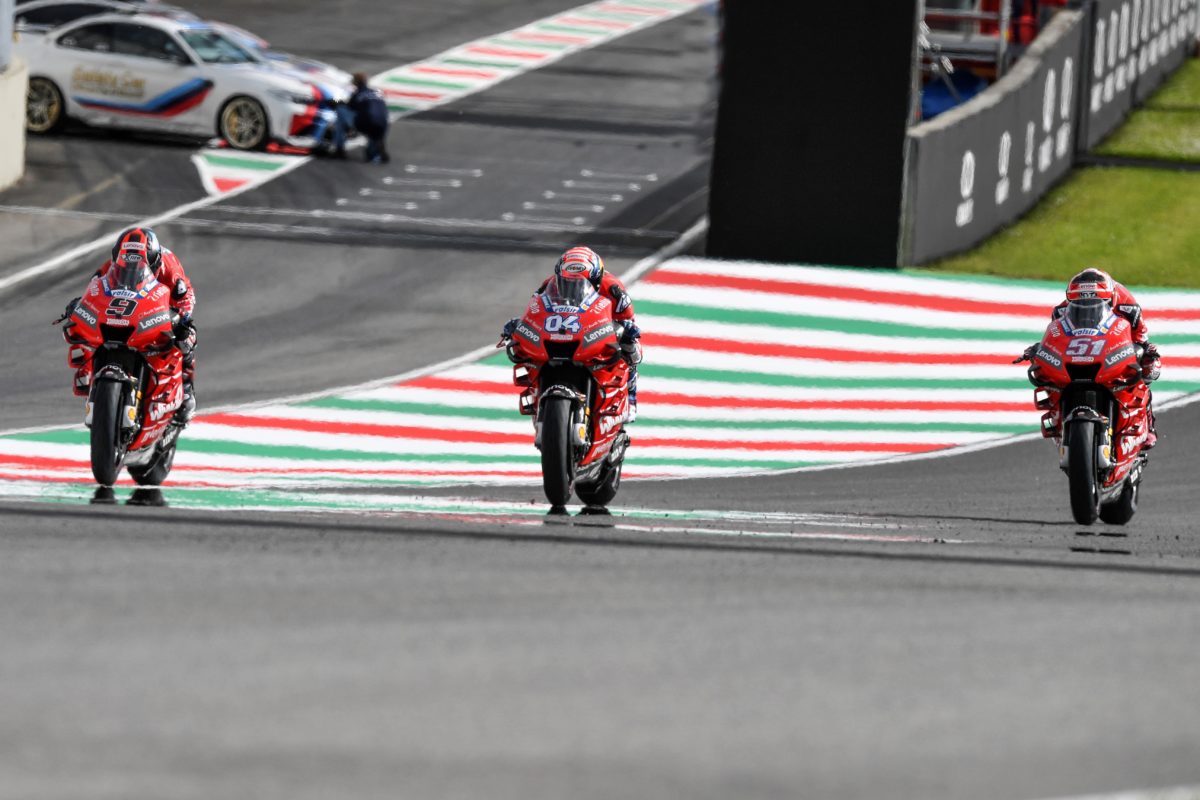 Danilo Petrucci, Andrea Dovizioso, and Michele Pirro during a shoot at Mugello in 2019

Ducati CEO Claudio Domenicali has affirmed that his factory team is more than willing to field non-Italian riders in MotoGP as Jack Miller vies for a seat there.

The Ducati Team is currently comprised of Andrea Dovizioso and Danilo Petrucci, plus a third Italian in test rider Michele Pirro, who makes wildcard appearances at selected grands prix.

It also has Francesco Bagnaia on its books with that Italian, who Ducati signed in the month before his championship-winning Moto2 campaign in 2018, about to embark on a second season alongside Miller at Pramac Racing.

Despite the prevalence of Italians in the Bologna factory’s ranks, Domenicali insists that Ducati is open to riders of any nationality, alluding to Casey Stoner’s status as its only MotoGP world champion to date.

“So, let’s answer the question, ‘How important is it to have Italian riders?’ Let’s say, not much,” said Domenicali.

“We want fast riders, so we are lucky because we have fast Italian riders. So that is a positive thing.

“But we built our history with Australian riders, Italian riders, UK riders… Carl Fogarty (in World Superbikes) was a fantastic piece of history.

“So, it’s not that we start from nationality. Gigi (Dall’Igna, Ducati Corse General Manager) is very clear on that, and I cannot agree more.”

Miller has already made the comment that “for sure there’s other seats” if he is overlooked for a promotion from Ducati’s senior satellite team.

The Queenslander is arguably competing not only against former Pramac team-mate Petrucci and current team-mate Bagnaia, but also Frenchman Johann Zarco, who has landed at Avintia Racing after its deal with Ducati was upgraded.

While Yamaha Motor Racing has already re-signed Maverick Viñales and called up Fabio Quartararo for 2021 and 2022, Dall’Igna believes that making his riders wait for new contracts can work in Ducati’s favour.

“If you listen to the reporters, the contracts should be signed as soon as possible to put the riders at ease and leave them focused on the championship,” he said.

“I’m not convinced that this is always the right rule to use.

“With some riders it is absolutely true that we have to do this.

“But with others I have had the feeling that they do better when they are under pressure, even if I do not have mathematical certainty, because the human mind is always something difficult to decipher.”

With almost every rider’s current contract running out at the end of 2020, Yamaha’s are the only two factory seats to have been locked in so far.

Valentino Rossi’s future hinges on him finding ‘answers’ on the race track during the first few races of the season, but Yamaha has left open the offer of a factory-spec M1 for the seven-time premier class champion at another team.

The Iwata marque has also brought another world champion in the now retired Jorge Lorenzo back into the fold as a test rider for 2020.

The first full, official test of the calendar year starts tomorrow at Sepang.