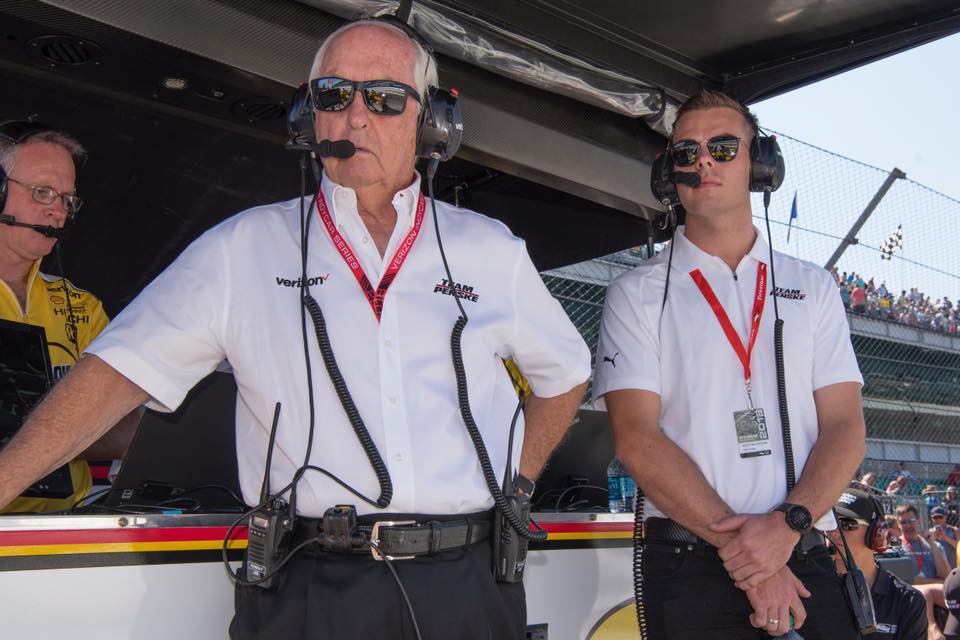 Scott McLaughlin has identified racing at the famed Indianapolis as one of the highlights of the news that he will make his IndyCar debut with Team Penske later this year.

McLaughlin will be an active part of the month of May when he lines up for the IndyCar Grand Prix on the Penske-owned Speedway’s infield road course in the days before practice for the Indianapolis 500 begins.

Although not the 500 itself, the back-to-back Supercars champion will still get to race across the famous row of bricks after partaking in an official two-day test at the Circuit of the Americas early next week.

“Knowing that I’m doing the COTA test was exciting because I knew that I was going to do a race somewhere; I just didn’t know where it was going to be.

“But to do it at Indianapolis, the month of May, even though it’s not the oval, it’s close enough. I still get to drive on the Brickyard; I mean, that’s bloody cool in itself.

“But I’m really excited, even talking about it now, it’s probably the first time I’ve really spoken about it fully, and it’s certainly a really exciting time.

“At the end of the day, I’m fully focused on what I’m doing back in Australia. This is just a little… I get to do it when I’m free and the team can do it, and it’s an opportunity that I’m just going to try and grab with both hands.”

The Shell V-Power Racing Team driver got behind the wheel of an IndyCar for the first time in mid-January when Team Penske ran him in a rookie evaluation at Sebring, an experience which he described at the time as “a big tick on my bucket list”.

Although Will Power, an Indianapolis 500 winner and IndyCar champion for Penske, hailed McLaughlin a “phenomenal driver” having observed him at that test, the New Zealander said that the call-up to actually race an IndyCar was relatively sudden.

“I didn’t really hear from any of them; I just got told I’m going,” explained McLaughlin when asked if Roger Penske had contacted him.

“I knew it sort of was on the cards a little bit but I got some flight details and stuff like that come through and it was all pretty exciting.

“Obviously, after the Sebring test… That was an opportunity in itself; I never really thought it would grow into a huge amount of things.

“But more talks sort of started happening and I probably found out probably a week ago or so, that it was all going.

“It was a very quick process from being at the (Supercars) launch to getting on the plane yesterday and getting over here and I’m about 10 minutes away from Penske at the moment,” he added, earlier this morning (AEDT).

IndyCar’s Spring Training test will take place at COTA on February 11-12 (local time) before McLaughlin is back in his #17 Ford Mustang for the BP Ultimate SuperTest at The Bend on February 18.

The IndyCar Grand Prix will be held on May 8-9.

Next Story Randle cleared for Super2 opener ahead of chemotherapy