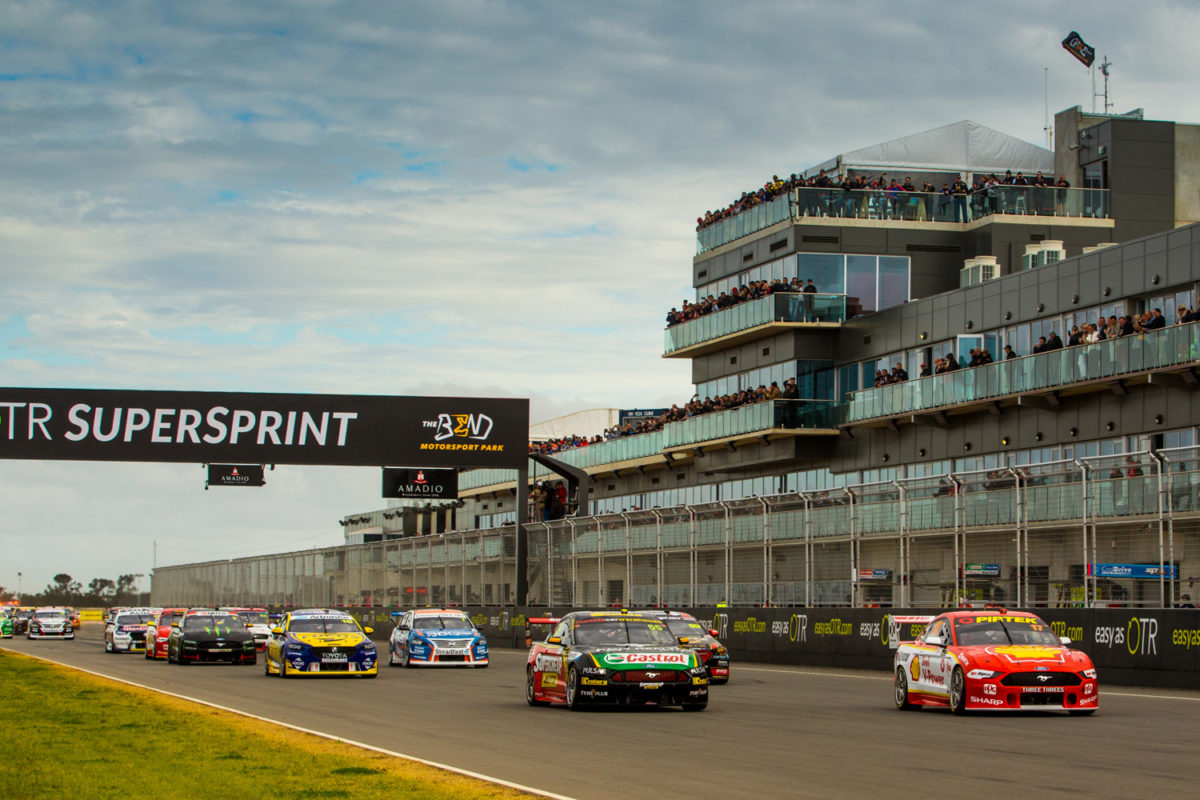 There will be no live free-to-air Supercars television coverage from The Bend Motorsport Park, an event which forms the opening round of this year’s Pirtek Enduro Cup.

A reshuffle to the racing calendar has seen The Bend replace Sandown as the opening leg of the three-event enduro series, and the warm-up to the Supercheap Auto Bathurst 1000.

Sandown will instead hold a sprint event as the penultimate round of the season in November, which will have free-to-air coverage on Network 10.

“Sandown will be free-to-air, The Bend will be Fox,” Supercars CEO Sean Seamer confirmed to selected media, including Speedcafe.com.

Last year, Supercars was able to swap coverage from Sandown to Perth, with the Perth SuperNight enjoying free-to-air coverage at the cost of coverage of Saturday’s action from Sandown.

According to Seamer, a similar solution for The Bend is now possible due to other commercial considerations.

“The complications of that are pretty far ranging,” he said.

“We’ve got a lot of commercial agreements around which events are covered by which broadcaster.

“So it’s a complicated thing to change that under the current agreement.”

“What we did last year was we changed Sandown and Perth,” Seamer added.

“So we didn’t cover Friday/Saturday of Sandown and we swapped that for Perth coverage. We’re just not doing that this year.

“We changed it for one year but there was never anything planned for this year. It was just a test.

“It didn’t really work that well on free-to-air at that time, which is part of the reason why we’re not pushing for free-to-air coverage.

“We’re certainly pumping a lot of extra coverage off the back of that event because it’s a great little track and it kicks up great racing, especially at night.”

The current television deal ends at the culmination of the coming season, with Supercars set to announce new New Zealand and international deals in the near future.

Negotiations over a new domestic television deal have been ongoing since last year, with Seamer remaining tight-lipped over where things currently sit.