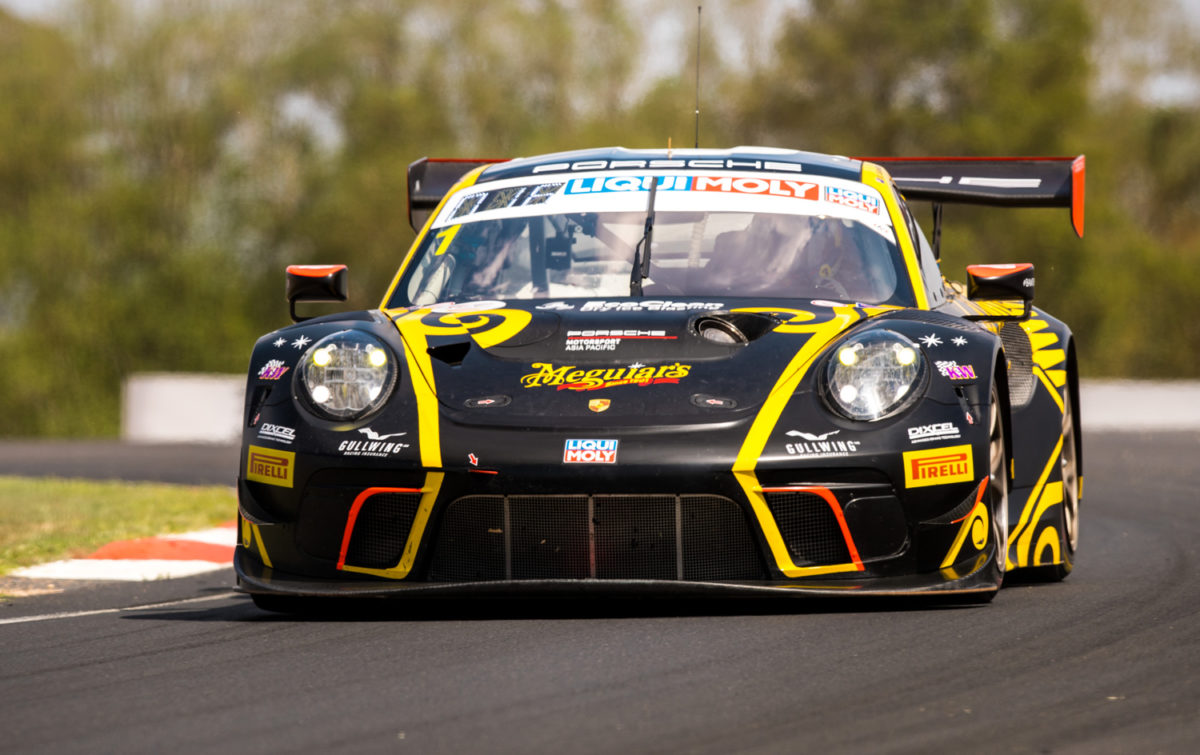 The Earl Bamber Motorsport will analyse the brake issue which saw its #1 entry finish two laps down in the 2020 Liqui-Moly Bathurst 12 Hour.

The Craig Lowndes, Laurens Vanthoor, and Earl Bamber entry suffered an early brake issue which saw the Porsche 911 GT3 R pushed into the garage to be repaired, dropping two laps in the process.

With long periods of green flag running, which resulted in a record distance for the once around the clock event, it offered no opportunity for the ground to be made up, consigning the team to its fate.

“We definitely had a car that we could fight sort of with a pace for top five or podium, but unfortunately we had to change the brakes early in the race then dropped two laps,” Bamber told Speedcafe.com.

After biting the bullet and changing the brakes, including rotors, in the garage, a Safety Car emerged soon after.

“It just wasn’t really our day from that side,” Bamber added.

“In the end you make your own luck.

“We had good pit stops in the lane, didn’t get any drive-through penalties or stop and holds where a lot of the other teams in the lane did have that, so as a team operationally that’s always what you want to achieve first, but gutted with the brake change.

“I think a lot of other cars also had the issue. (It) Shows the intensity of the race these days and how hard everyone’s going as well.

“We had track pace at the end so that showed us we had good potential, and just means we’ll have to come back again.”

The brake issue proved an unusual one, with Bamber explaining there was nothing left of the brake pad when the team made the change.

“We just chewed through it. It was the first time we’d seen that issue with what we run. A little bit strange for us, so we need to go home and analyse that,” he said.

“We’ve done 24-hour races with that (brake pad) before, and done the whole distance, so for us it was strange.

“It started actually in stint one already, so we think maybe there was something wrong with the material or the batch.

“We need to look into that further and sort of try and understand what happened there.”

The Lowndes/Vanthoor/Bamber combination was classified ninth at the flag, two laps adrift of the race winning Bentley squad.

Next Story POLL: Which Bathurst 12 Hour has been the best?